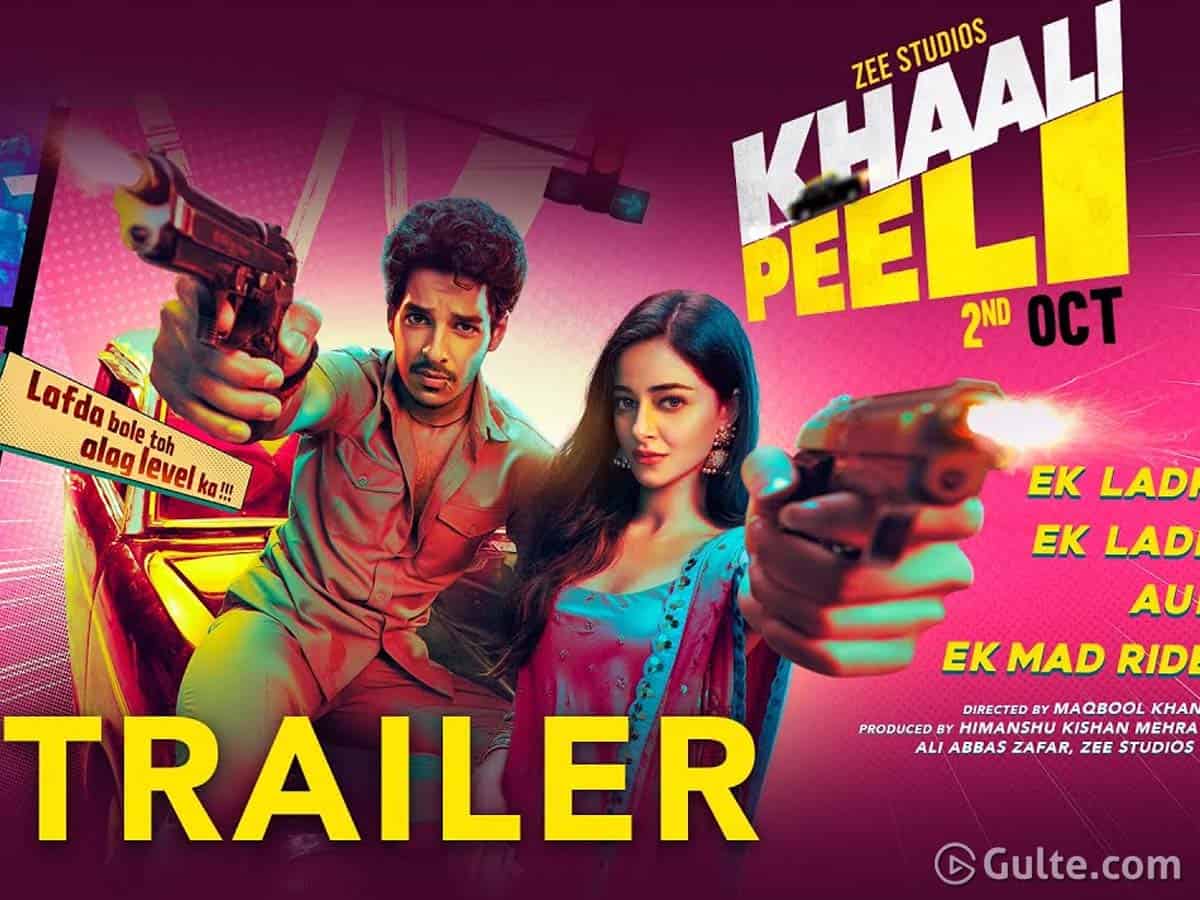 Unlike other film industries in the country, Bollywood has an advantage on the OTT releases as well. Accordingly we have seen a couple of films making way to the small devices and yet another film is gearing up for OTT streaming. ‘Khaali Peeli’ starring Ishaan Khattar and Ananya Panday in the lead roles, it is and the trailer of it is out.

It’s a tale of a young taxi driver who confronts a beautiful chick on the run. A gang of goons and cops chase the pair but the mystery here is not unfolded. During the chase, a series of events take place and the visuals are racy.

The chemistry between Ishaan and Ananya is a major highlight of the trailer and they look like a perfect pair. In terms of performance, Ishaan scores far better than his debut ‘Dhadak’ while Ananya also shows a lot of improvement.

Directed by Maqbool Khan, ‘Khaali Peeli’ will be streaming on Zee Plex and Zee5 apps from October 2nd. Also the makers have made ‘Pay Per View’ available for Rs 299 on various DTH services.