#Corona: WHO hits back at Trump 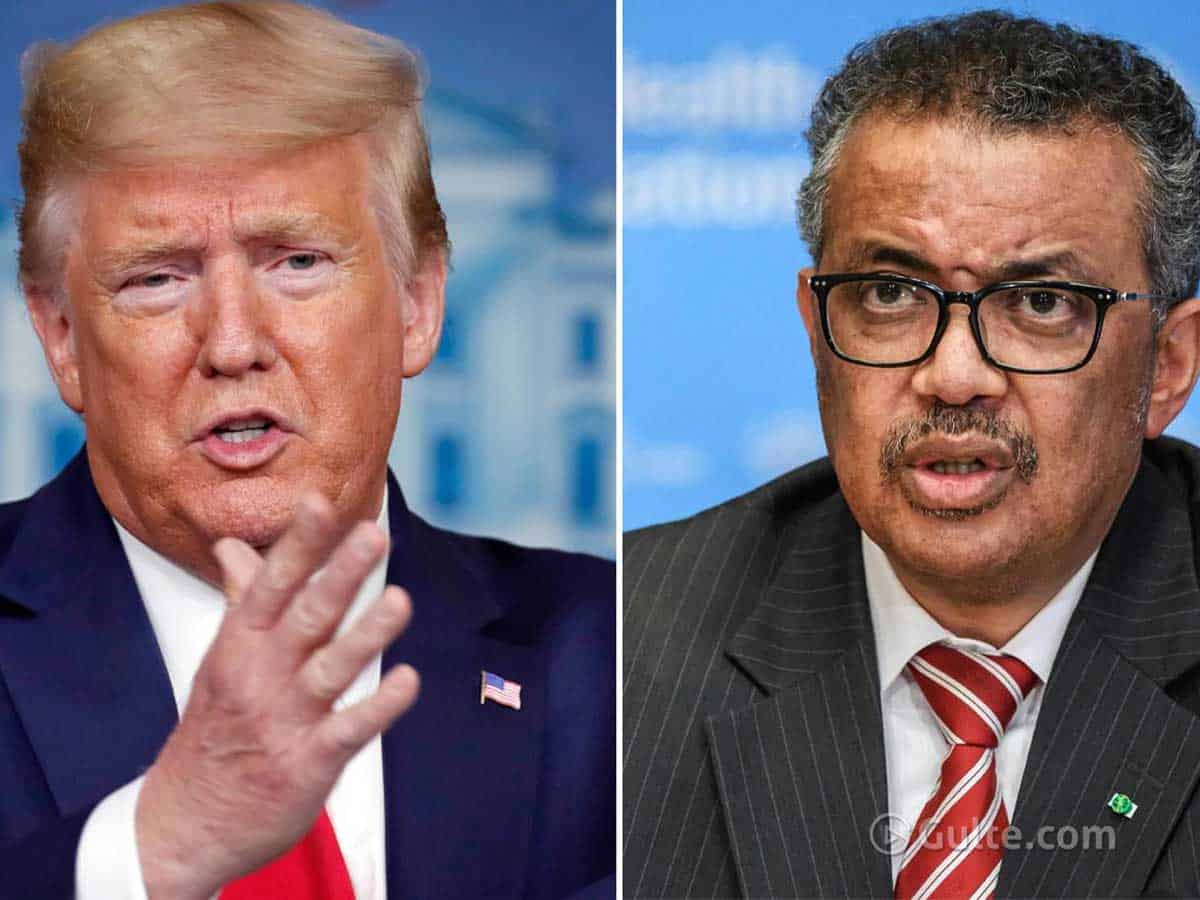 The other day United States President Donald Trump came down heavily on World Health organization (WHO) for being biased towards China on Corona virus. Trump even threatened that the US would stop funding to WHO, if it doesn’t mend its ways.

Responding to these allegations, WHO hit back at Trump and added that the UN organization is not bothered about race, region, religion and is focused to protect the lives of people from the virus.

In a statement by Director General of WHO Dr Tedros Adhanom said it’s been 100 days since WHO has notified Corona and in short time, this caused a huge damage all over the world. Three weeks after that Corona has started transmitting from human to human. In February, WHO has alerted many countries about Corona and asked them to take necessary precautions.

The statement also read politics on Corona is not the need of the hour and all the countries must unite against the virus and fight. If not the virus will grew and eventually create devastation to humans.