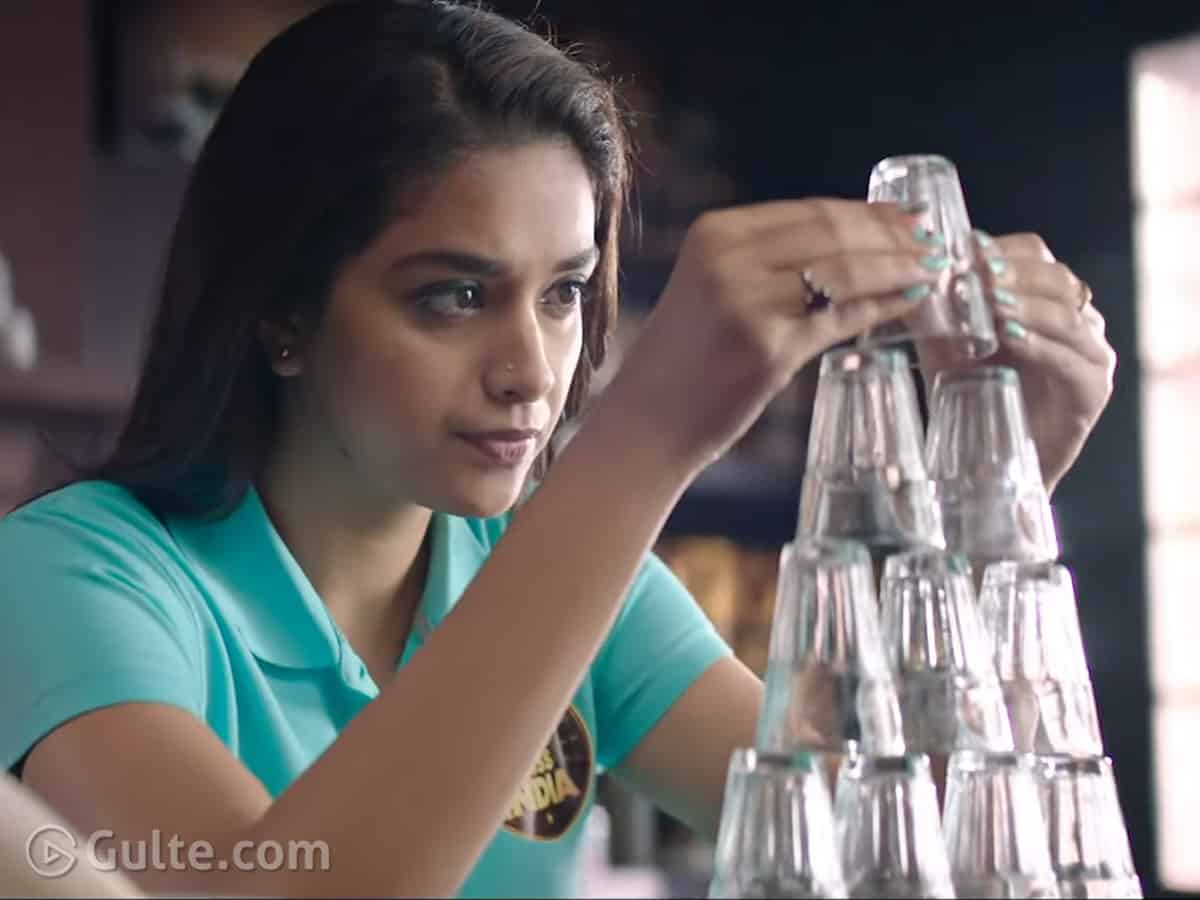 Keerthy Suresh is no doubt a talented actress. Her acting prowess in Mahanati has got her national recognition and won her National Award for Best Actress. However, talented Keerthy Suresh seems to have lost judgement as she seems to be failing in ascertaining good scripts and right projects. Her last film Penguin and her latest film Miss India have utterly disappointed critics leaving many wondering what made her sign these films. It is buzzed that Keerthy’s charm and magic are being used by some directors for their poorly-written stories resulting in terrible films. This is affecting Keerthy’s success streak.

As she suffered back-to-back setbacks with both Penguin and Miss India, it needs to be seen what would be the fate of her next Good Luck Sakhi, another female-oriented film. It is heard that even this film has been signed for an OTT release. Apart from this, Keerthy has Mahesh Babu’s Sarkaru Vaari Paata and Nithiin-Venky Atluri’s Rang De. One has to wait and watch whether she would make a good comeback or not. It is high time, Keerthy should be extra conscious while giving her consent for a director and story. Or else she would have to pay a hefty price.