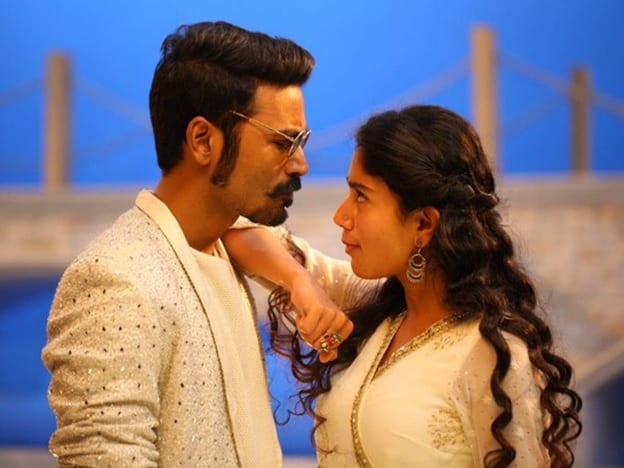 Dhanush and Sai Pallavi’s super hit number ‘Rowdy Baby’ has set a new record on YouTube. The song, which has been garnering a lot of love from fans ever since it was released on YouTube in 2018, has got 1 billion views on YouTube. Thus it joined the 1 Billion Club which has only a few Indian songs. This quirky song composed by Yuvan Shankar Raja clicked with youth instantly. Sai Pallavi and Dhanush’s dance moves and their on-screen chemistry have added to the song’s popularity. The song became a must at weddings, college events and special occasions.

This is very special moment for Dhanush, because his another viral song ‘Why This Kolaveri Di’ (2011) also completes 9 years today. Dhanush thanked the audience on his Twitter account by saying, “What a sweet coincidence this is. Rowdy baby hits 1 billion views on same day of the 9th anniversary of Kolaveri di. We are honoured that this is the first South Indian song to reach 1 billion views. Our whole team thanks you from the heart.” Sai Pallavi also thanked her fans on Twitterfor making the song a huge success.

Maari 2, a sequel of Maari, was directed by Balaji Mohan and co-produced by Dhanush. This hit song was choreographed by Prabu Deva which added the flair to the peppy song.

On the work front, both the actors look like they are booked for the up-coming year. Dhanush is all set for his movies, “Jagaame Thandiram” and “Karnan”, whilst looking forward to working with Vatrimaaran and Karthik Naren. Sai Pallavi is gearing up for her up-coming movie, “Love Story” with Naga Chaitanya, she will also be shooting for Virata Parvam with Rana Daggubati.