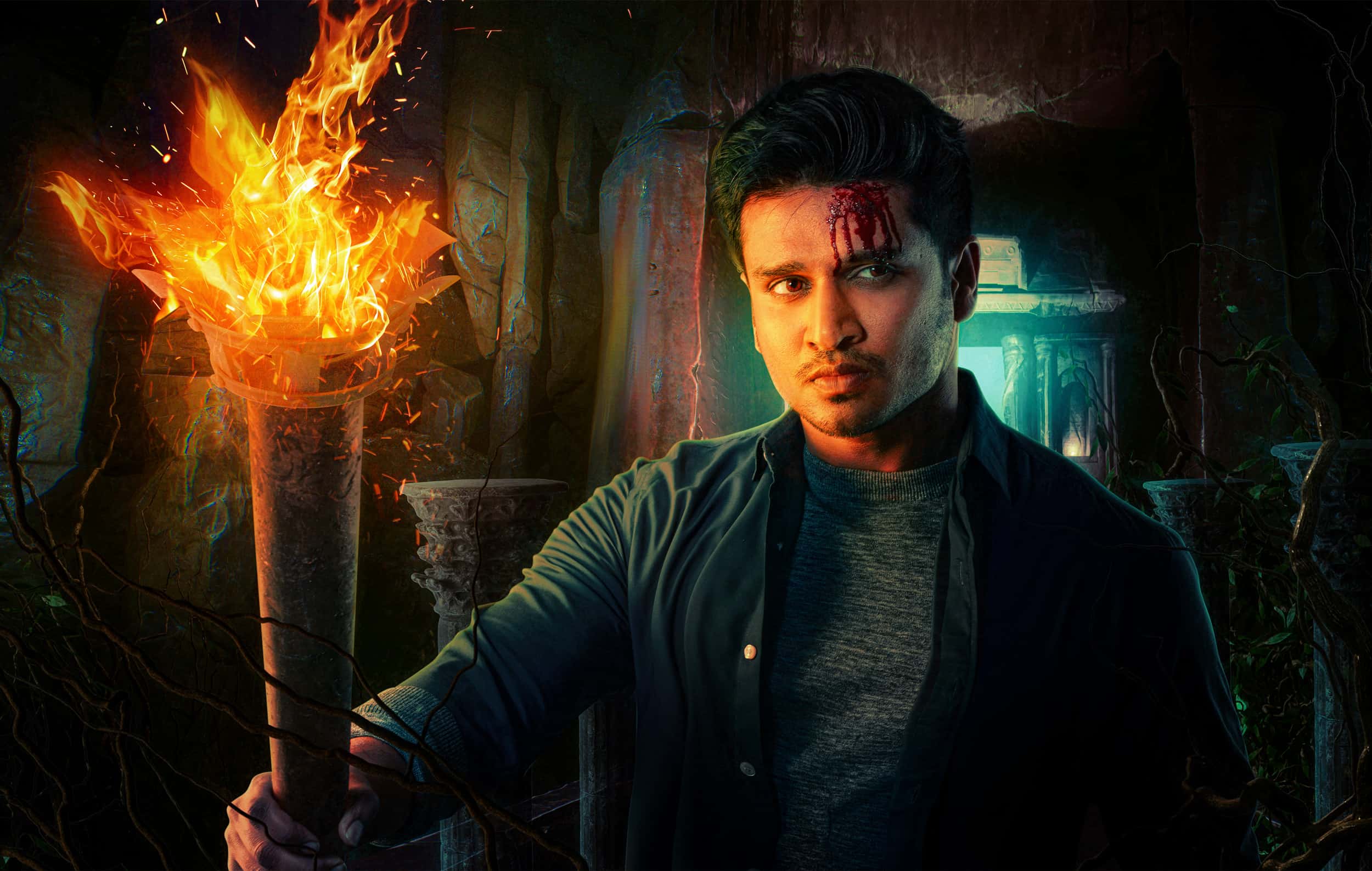 Actor Nikhil Siddhartha is returning to big screen after long hiatus after Covid-19 pandemic. Nikhil, who scored success with his last outing Arjun Suravaram, is poised with Karthikeya 2 which is sequel to the blockbuster film. Nikhil will be seen as a doctor and he shares what the sequel is going to offer ahead of the film’s release on August 13 after facing several odds and delays.

“Karthikeya 2 is certainly bigger and better. While Karthikeya was made with several limitations, the scale of the Karthikeya 2 is multiplied and amplified. The visuals, high-end VFX, picturesque locales offer a great experience that has to be enjoyed on big screen. The film is a visual spectacle with thrills and adventures. Yes, there is the element of devotion and mystery imbibed. Lord Krishna and Dwaraka play crucial role in the film,” avers Nikhil.

“Karthikeya 2 took about 2.5 years owing to pandemic and several obstacles. The film got lucrative OTT deals, but producers Vishwa Prasad garu and Abhishek garu didn’t budge since they believe that this film is made for theatres.”

“Ever since we did Karthikeya, the plan to make a sequel is on. Director Chandoo came up with something interesting and thrilling which he pitched to me way back in 2016. From then, it underwent several betterments and finally shaped up into a great film in my career. Karthikeya 2 is the biggest budget film in my career,” adds Nikhil who is crossing his fingers.

Nikhil pairs up with Anupama Parameswaran whom he refers as amazing co-star. “Anupama added so much value to the film through her performance and presence.” He adds that Karthikeya 2’s mystery is engrossing and takes audiences through a great journey.