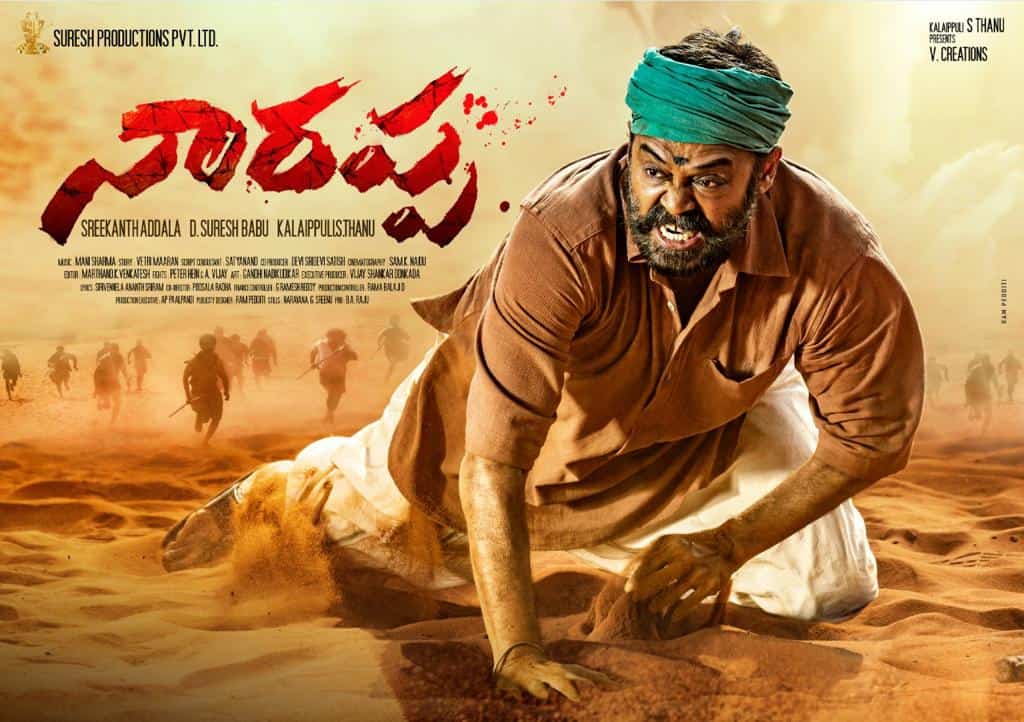 Narappa is a hard-hitting emotional drama that was released on July 20th on Amazon Prime Video and we couldn’t see any character, other than Venkatesh in the movie, that’s the impact he created on the viewers from scene one itself.

Some felt that, Venkatesh wasn’t apt for the young guy getup. Nonetheless, there is unanimous positive response for Venkatesh’s performance as old man. He indeed scores brownie points for his exceptional show as elderly Narappa who alone fights the foes to safeguard his son, daughter and also his wife.

It was one of the most challenging roles ever played by Venkatesh and the action sequences were very tough and realistic. One needs to immerse completely into the character to perform emotional scenes and Venkatesh is at his best in emotional scenes as well.

Priyamani played Venkatesh’s wife in the film directed by Sreekanth Addala and produced by Suresh Productions and V Creations.