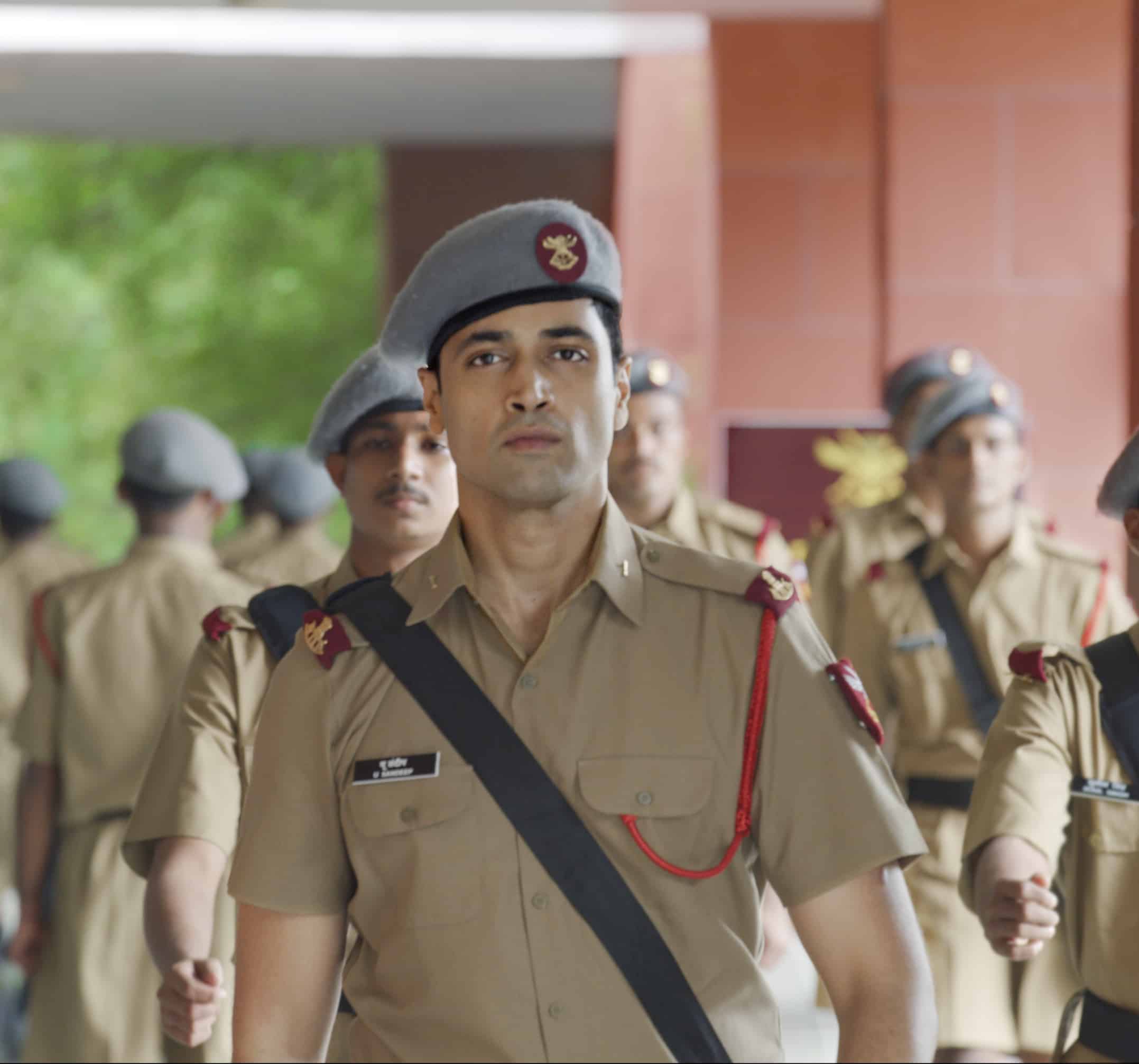 Posters and also teaser of Sashi Kiran Tikka directorial showed the 2008 Mumbai attacks martyr’s splendid days in Indian army and also his schooling days. Today, the makers have released a brand-new poster that shows the actor in khaki dress.

Sandeep Unnikrishnan joined the NDA in 2005 and he was a graduate of the 94th Course NDA. Sesh looks young and charming in this picture. The makers have also announced to begin final schedule of the film with Sesh and Saiee Manjrekar taking part in it.

Sobhita Dhulipala will be seen in a vital role in the movie which is likely to release sometime, this year.