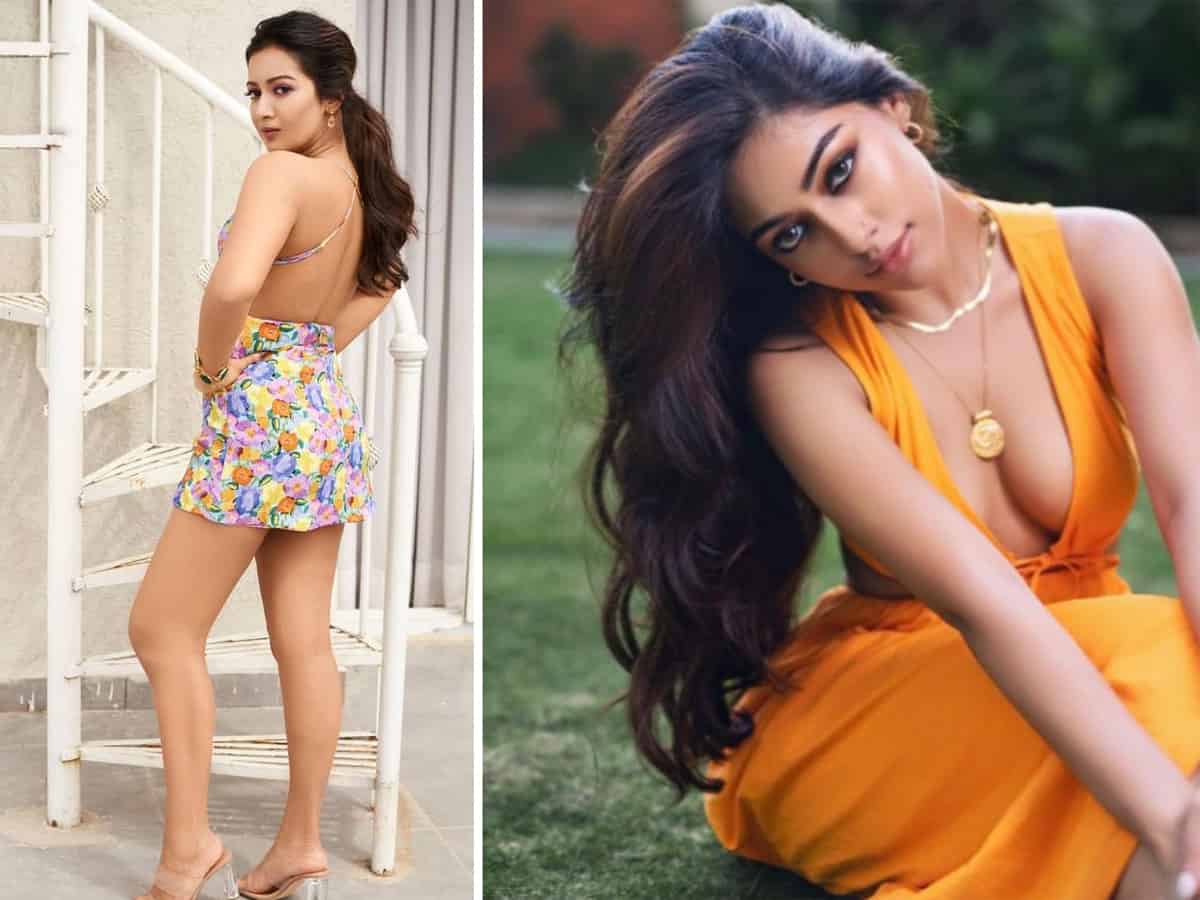 A film with a big star always catapults an upcoming heroine into a big league. That happened to the likes of Samantha and Rashmika when they became heroines of Mahesh Babu, and they never looked back later. But some heroines don’t make it big even if they are paired with top ranging stars.

Currently, everyone is going jaw-dropped with the red hot looks of Catherine Tresa and Anu Emmanuel, two hotties who haven’t liked being glam dolls at the start of their careers. Calling herself as Ms Posey Poserson, Catherine is flaunting her svelte figure in some revealing outfits, while Anu’s neck-deep outfits are making her ooze loads of sex appeal on social media. Looks like the two are aiming at a big break, with these pictures trending everywhere.

Luckily both the actresses got to work with a happening star like Allu Arjun, as Catherin worked with him in Iddharammailatho and Sarrainodu, while Anu got paired with the stylish star in Naa Peru Surya. While the results of those films are on both sides, these two hotties never got a break thereafter. One wonders what’s the problem because sometimes starring in a flop film with a big star also helps young heroines to get big offers.

With both Catherine and Anu being NRI Mallu beauties, they got initial attention in Tollywood but then they have failed to withstand competition from other Mallu and Kannada beauties here. Let’s see if these mercury raising photoshoots will help them.