Wait is Over! Only 3 Days To Go For Money Heist 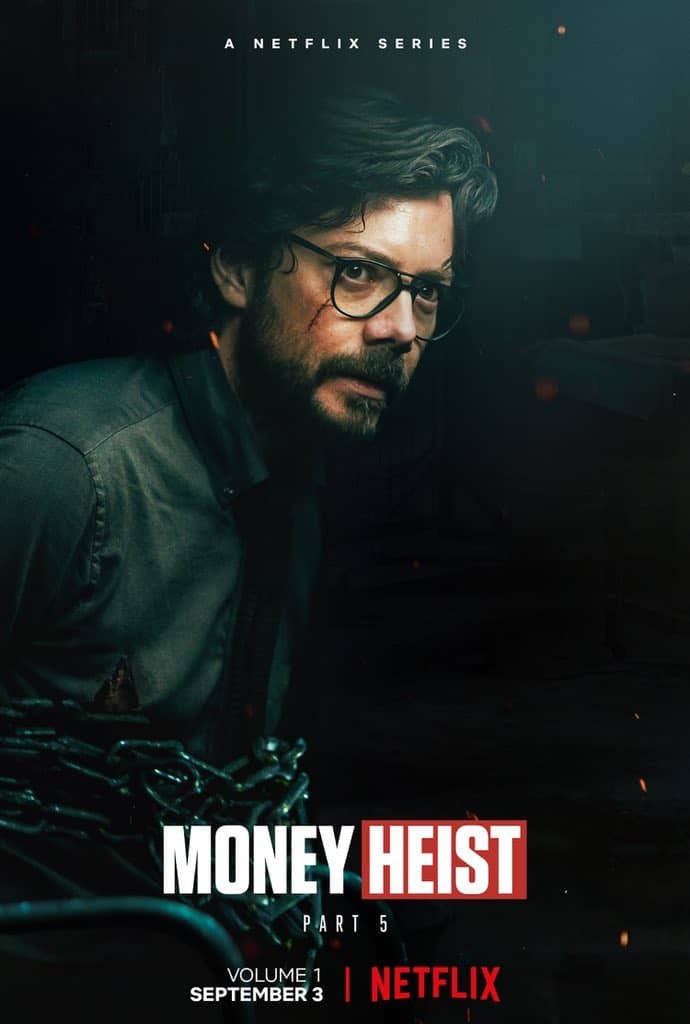 The final season of Money Heist was announced some time ago. And..the wait is over! Only three days left to treat our sore eyes, with this long-awaited nail-biting story. The last act of the La Casa de Papel aka Money Heist will stream on Netflix.

The finale has been divided into 2 parts with 5 episodes each. The first batch of five episodes will drop on September 3 and the rest five will appear on December 3.

The Professor’s gang, who has been in the Bank of Spain for over 100 hours, will show how the former is at high risk. To make matters worse, a new adversary is coming: the army.

The trailer suggested high-octane action scenes and the gripping war with the Professor getting chained and tortured by inspector Alicia Sierra. On the other side, there will be an intense fight between the gang and the military.

Certainly, what happens next in the remaining story is leaving all of us impatient and we need only three days to wait and see if the gang can gather their strength to fight against the upcoming ordeal.