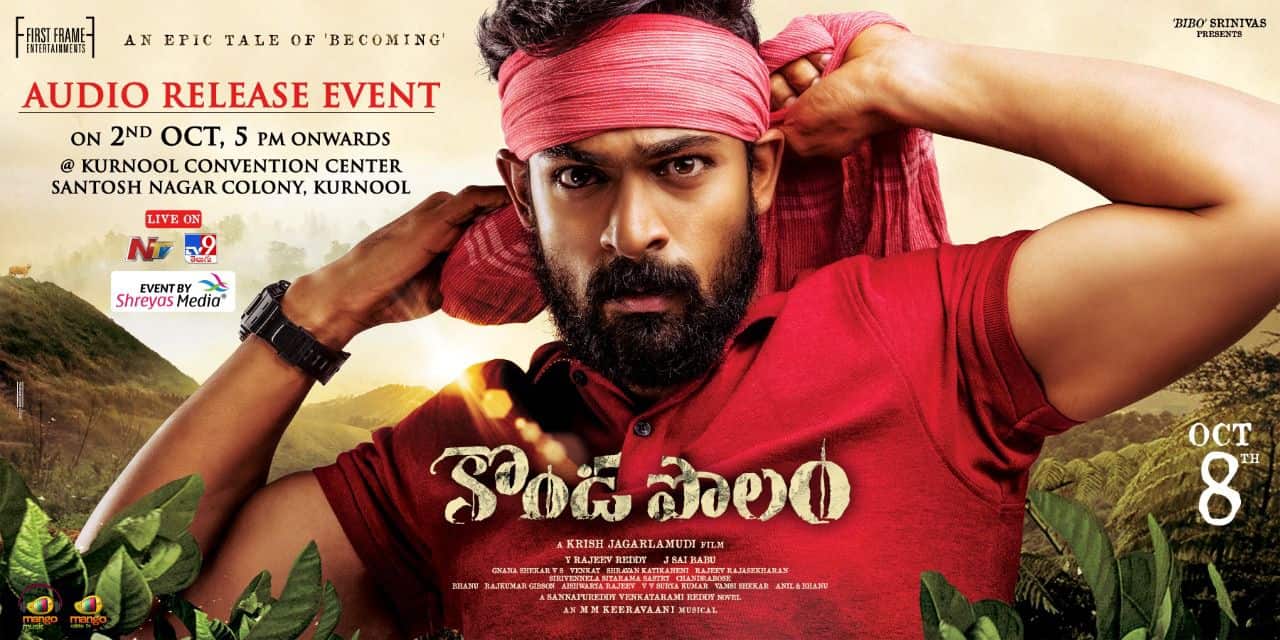 Panja Vaishnav Tej has created a sensation by delivering a 50 Crore film with his first, Uppena. He is keen on extending the success streak with his second, Konda Polam directed by Krish Jagarlamudi.

The movie has completed its censor and received Clean U certification. Konda Polam is announced for October 8th release and the promotions are on a full swing.

Two songs of the Keeravani’s musical are already out and have got superb response. The team wants to celebrate the film’s music and has announced the audio launch event tomorrow in Kurnool.

Pre-release events have replaced audio launch events which used to take place years back. Krish and his team are bringing back the forgotten trend with Konda Polam. Y Rajeev Reddy and J Saibabu jointly produce the film.