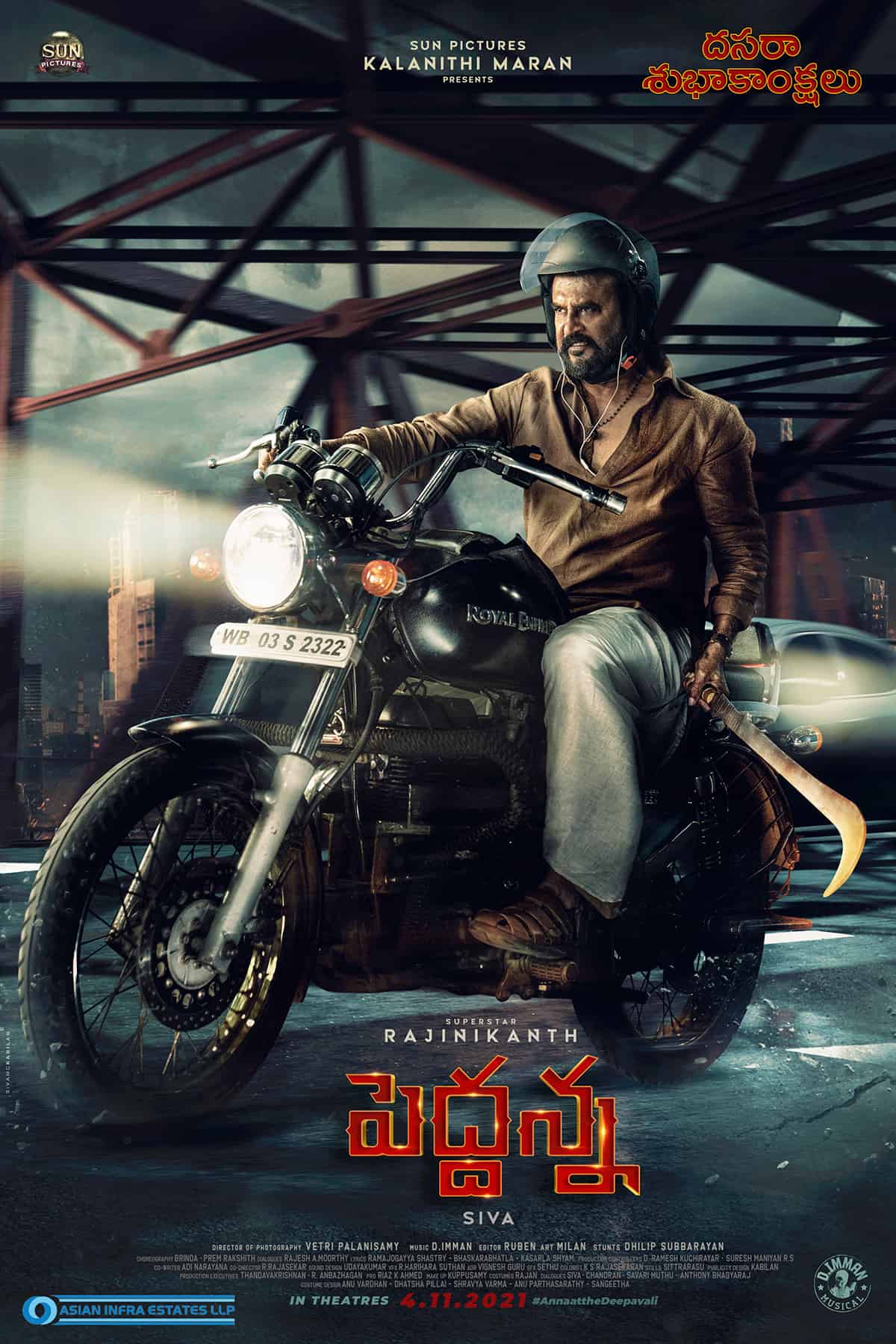 Superstar Rajinikanth’s Annaatthe is a much-anticipated flick and the makers have released its teaser yesterday. It is a high-intensity action drama and Tollywood’s distribution house- Asian Infra Estates LLP has obtained Telugu and Tamil rights of the movie for Andhra Pradesh and Telangana.

Narayandas Narang and Suresh Babu are bringing the film to Telugu and Tamil audiences in Telugu states and on Dussehra, the makers have also unveiled the Telugu title of the movie with a brand-new poster. Annaatthe has been titled ‘Peddanna’ in Telugu.

The film will revolve around the brother-sister sentiment and the title Peddanna seems apt. Rajinikanth appears fierce in the poster as he drives the Royal Enfield bike and holds a sword in another hand. Rajini wears a khaki shirt and white panache here.

The film’s Tamil teaser was dropped yesterday to a terrific response and very soon the Telugu teaser will be released too. Nayanthara is the leading lady opposite Rajinikanth, while Meena, Khushbu, Keethy Suresh, Jagapathi Babu and Prakash Raj will be seen in important roles. Peddanna will hit the screens for this Diwali on November 4th in Telugu and Tamil.