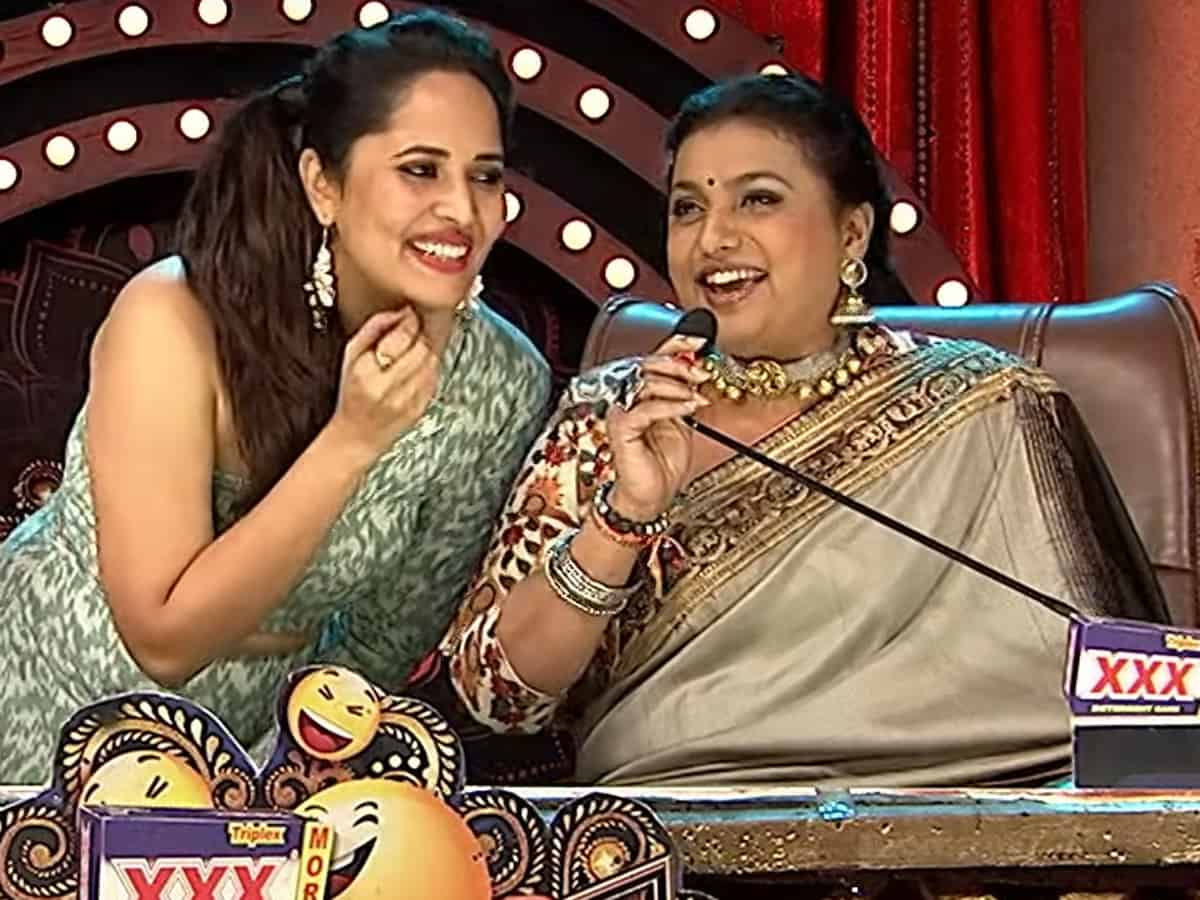 Nandamuri Balakrishna and Roja were one of the hit pairs in Tollywood and as they say, the better the chemistry between a pair, the better we as an audience will remember that movie. And some of their memorable films were Bobbili Simham and Bhairava Dweepam that showcased the duo’s sizzling chemistry by setting the bar so high.

And now, even after nearly three decades, NBK and Roja stand tall among the few best pairs in Tollywood. Fans have often expressed their desire to see the hit pair one more time on the silver screen. In a similar vein, Roja called Balakrishna from Jabardasth sets and the promo of the upcoming episode is leaving fans excited.

Amid the funny skits in the comedy show, a fascinating incident took place when anchor Anasuya requested judge Roja to call NBK and ask about Roja and the senior actor’s next film together. “If he is in a nice mood, it is fine.. or else….” Roja was heard saying anxiously while dialling NBK. The conversation started on the phone with Roja greeting NBK and likewise.

He said he is busy shooting for Akhanda. Then Roja asked “When are you going to do a film with me again, Bhairava Dweepam 2 or Bobbili Simham 2?” Balayya immediately said “everyone is waiting for our hit combination again” and laughed. He further added, “I think I should also come as a judge for the Jabardasth show sometime”.

NBK’s words made everyone on the sets cheer for him. Banlakrishna and Roja, who used to keep the audience hooked with their sizzling chemistry, are now leaving fans wanting one more film from them together. Certainly, we are all looking for them to recreate the Golden Era of Telugu cinema all over again.