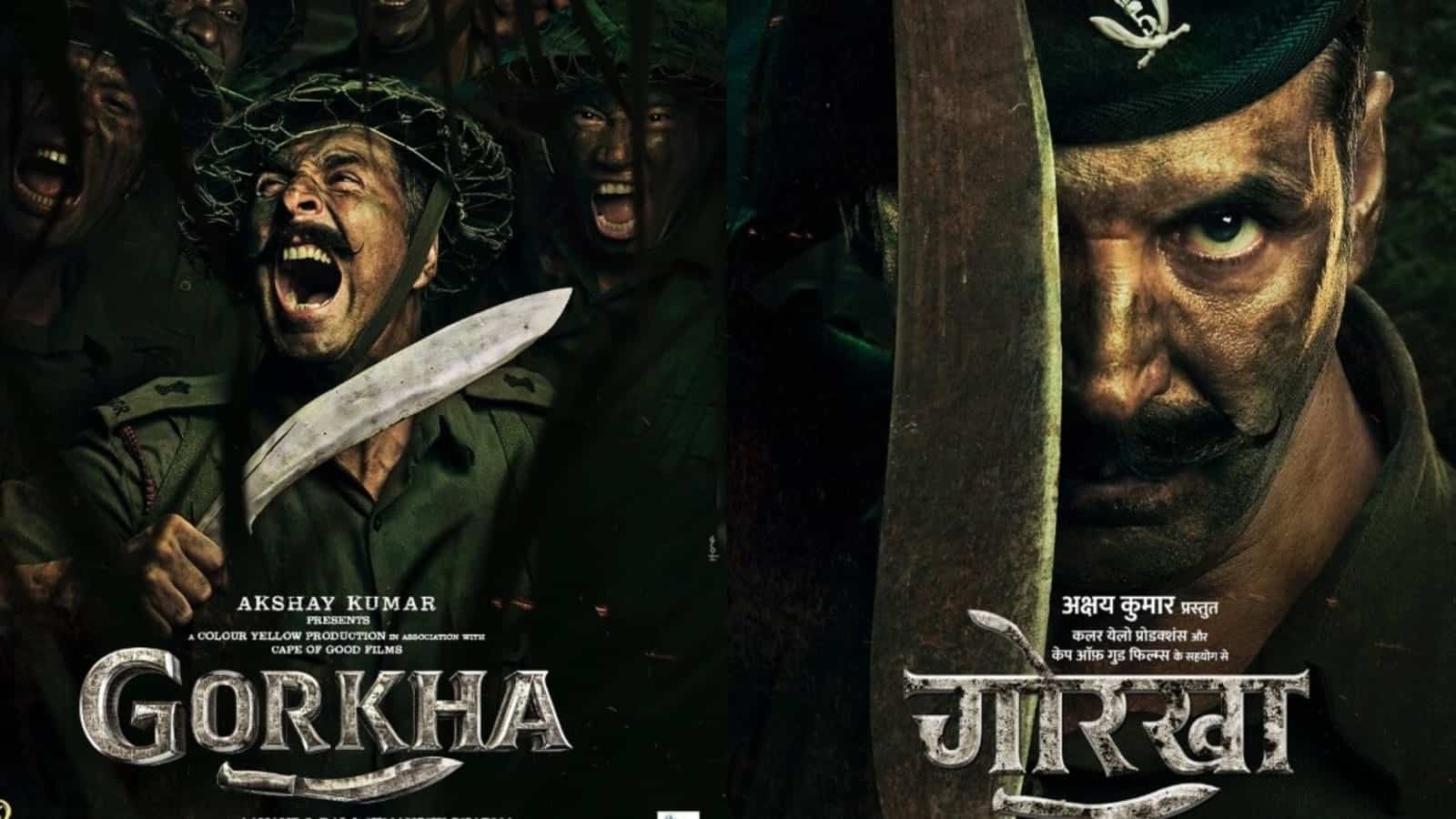 Star hero Akshay Kumar announced his new film the other day. Titled Gorkha, this movie is a biopic of Major General Ian Cardozo, an iconic officer of the Gorkha regiment of the Indian Army (5th Gorkha Rifles). Akshay also released the first look poster of the film.

Along with the poster, Akshay tweeted, “Sometimes you come across stories so inspiring that you just want to make them. #Gorkha – on the life of legendary war hero, Major General Ian Cardozo is one such film. Honoured to essay the role of an icon and present this special film.”

We can see the actor holding a khukri. Meanwhile, an ex-Army officer from the Gorkha regiment, Major Manik M Jolly pointed out the mistake in the poster. He said that the khukri looks different from what is shown in the poster.

“Dear @akshaykumar ji, as an ex-Gorkha officer, my thanks to you for making this movie. However, details matter. Kindly get the Khukri right. The sharp edge is on the other side. It is not a sword. Khukri strikes from inner side of blade. Ref pic of Khukri att. Thanks,” tweeted Manik M Jolly.

Akshay thanked the officer for pointing out the mistake and assured him that the utmost care will be taken while filming.

“Dear Maj Jolly, thank you so much for pointing this out. We’ll take utmost care while filming. I’m very proud and honoured to be making Gorkha. Any suggestions to get it closest to reality would be most appreciated,” wrote Akshay.

Gorkha is being directed by Sanjay Puran Singh Chauhan. Aanand L Rai and Himanshu Sharma are bankrolling the project.