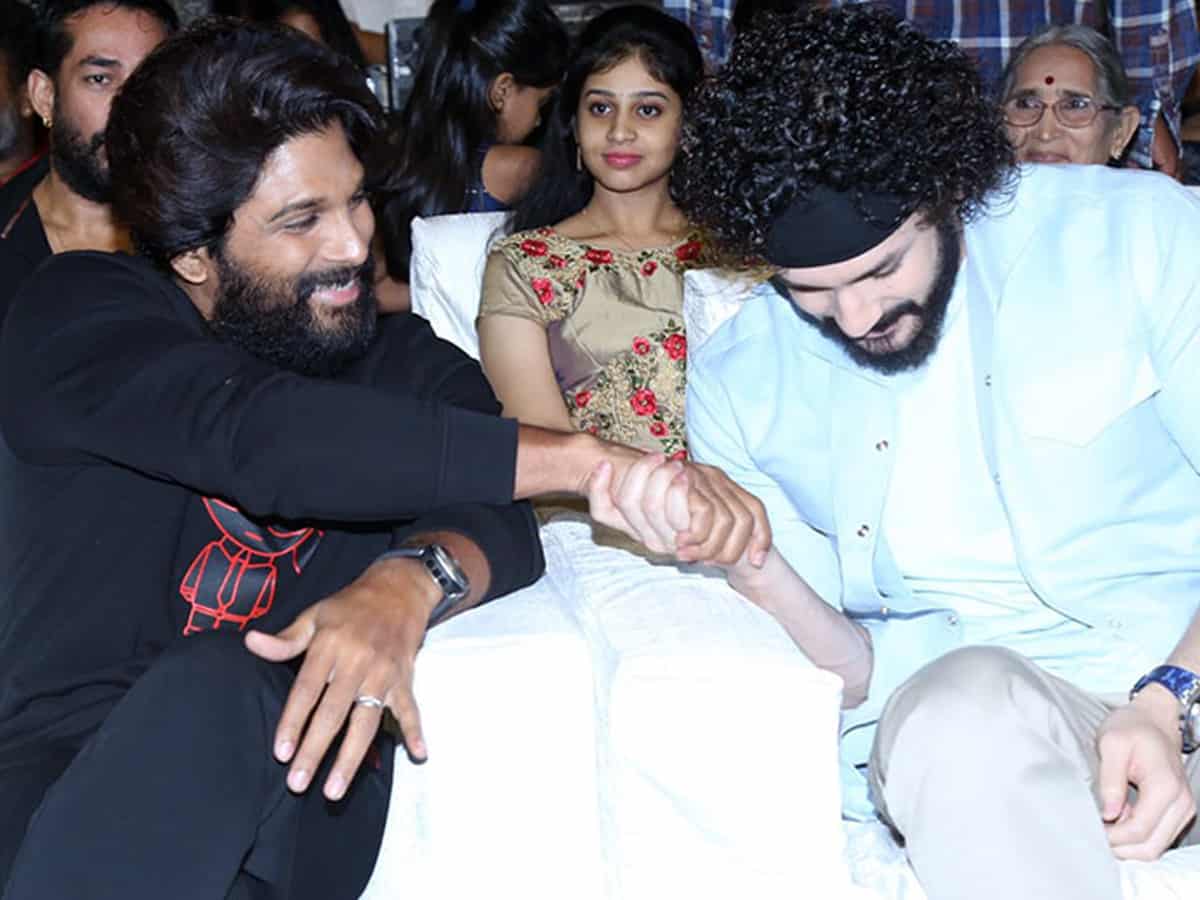 Allu Arjun is all praise for Akhil for MEB’s grand success. Stating that he is personally quite happy for Akhil’s success, Allu Arjun recalled when he had met Nagarjuna Akkineni at his home before Akhil’s debut and shared some suggestions on Akhil’s launch film. Bunny said he feels Akhil as his younger brother and has that personal connection which made him connect to him. He said Akhil looks sweet and the entire Allu family has a soft corner for Akhil.

Bunny added that he is quite happy to see Akhil score the success with MEB and conveyed the first congrats to him.

“I respect your choice. You decided to play a character keeping aside your looks and action stunts. You chose a script to perform and it indeed delivered results. Actors are more about what their choices are than what their efforts are,” Allu Arjun said at the grand success event of the MEB. He added that Akkineni Nageswara Rao garu must be watching the event and rejoicing Akhil’s success from heaven. Bunny also congratulated Naga Chaitanya and the whole team of Love Story who scored success recently. He said Nagarjuna must be a happy dad to see back-to-back hits of his two sons.

Allu Arjun went on to praise director Bommarillu Bhaskar, his father and producer Allu Aravind who decided to release the film only in theatres and of course his close friend and producer Bunny Vasu. Allu Arjun said he thought Pooja Hegde was his lucky charm. But he said she proved to be a lucky charm for all the heroes she paired up with.