Nikhil Siddharth Talks About His ‘4 kids’ 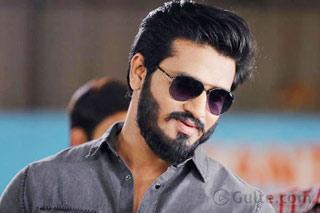 Young hero Nikhil Siddharth is currently busy with a series of interesting films. His last release is Arjun Suravaram, which was released in theatres. Nikhil took to his Twitter profile last night to reveal his lineup of films.

Nikhil confirmed working on 4 movies simultaneously which is something that he is doing for the first time in his career. Interestingly, he compared his movies to kids saying that he is clueless about giving maximum priority.

“Working on 4 Movies Simultaneously. Never did this before. Always worked only 1 at a time till now.. but this is like 4 kids who r all my favourites but don’t know whom to give max priority to. Giving my best and praying tht all 4 of them get the best release and Success,” tweeted Nikhil.

Currently, Nikhil’s next two films, 18 Pages and Karthikeya 2 are in the final stages. Apart from these two movies, Nikhil also has two other movies. One of them is in the direction of Sudheer Varma with whom he already worked on Keshava and Swamy Rara.