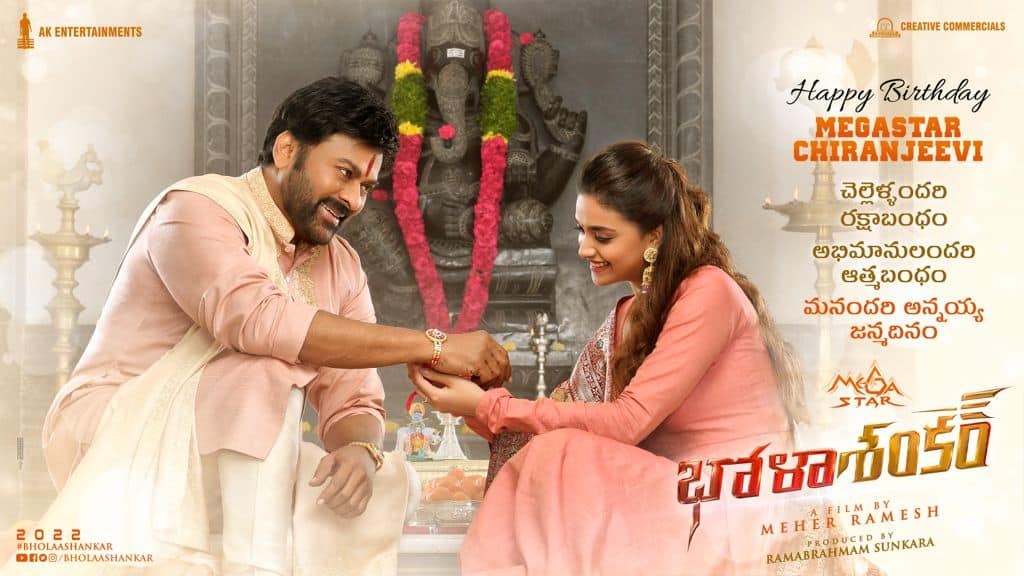 Megastar Chiranjeevi is on fire we have to say going by the interesting lineup of films he has in hand including the release-ready Acharya, Lucifer remake Godfather, Meher Ramesh’s Bhola Shankar and an untitled film with director Bobby. Reports are coming that Chiru is taking a bit of extra care regarding Meher Ramesh’s film.

Director Meher Ramesh is known for making his producers invest extravagant budgets into his movies such that the film’s stylish look will be talked about. Now that the director is handled the task of making a remake film, Megastar is said to have asked him to follow a strict budget cap and not to exceed any cost. Not stopping there, the matinee idol is said to have asked Meher to cut down certain budgets including that of paying hefty money to costly heroines and erecting costly sets for the movie.

While Chiru’s remuneration for the film stands anywhere between 50-70 crores, he is said to have asked Meher to wrap the project under 25 crores production cost only, such that they could focus on recovering the investment easily for the producer. With the director in need of a solid hit at the moment to revive his lost career, surely he has to play by Chiranjeevi’s orders only.

Bhola Shankar is getting ready for an official launch on November 11th. Milky siren Tamanna is rumoured to be the heroine, but she’s not confirmed yet. Hope she will not miss out the project due to budget constraints.