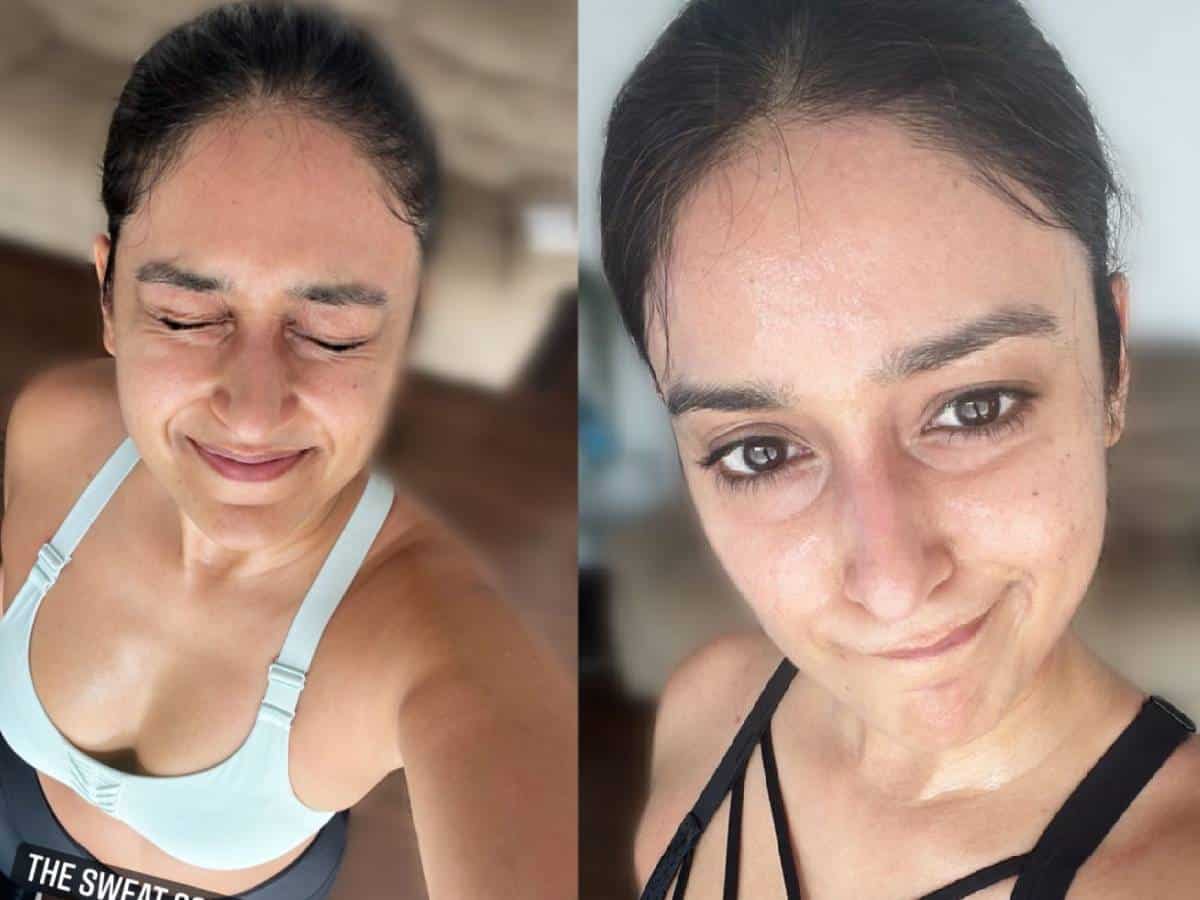 Known as hourglass beauty for the kind of curvaceous body she has, Ileana was a rage back then when she is the No1 heroine of Tollywood. Later on, she has lost oodles of weight, tried her luck in Bollywood and then put up huge weight again, and was never seen in films much. But it looks like she is trying hard to make a comeback.

Pumping iron in Mumbai, currently Ileana is sweating out a lot and she shared the same through her Instagram page. In this picture, she could be seen sweating a lot as she holds the camera high giving a naughty view of her hourglass looks again. As she adjusts her sports bra to flaunt the dripping sweat, we couldn’t help but notice that ravishing glamour again.

Looks like Ileana is very strong and determined this time to lose oodles of weight again such that her chances of coming back to the film industry will be easy. Though she tried her luck with Raviteja’s Amar Akbar Anthony recently, that didn’t work out for her as many felt that she lost that Midas touch. Hope these sweat giving workouts will also get her some offers too.

Before going gaga over these enticing pictures of the actress, remember the fact that she was once super hot than all of these acts.