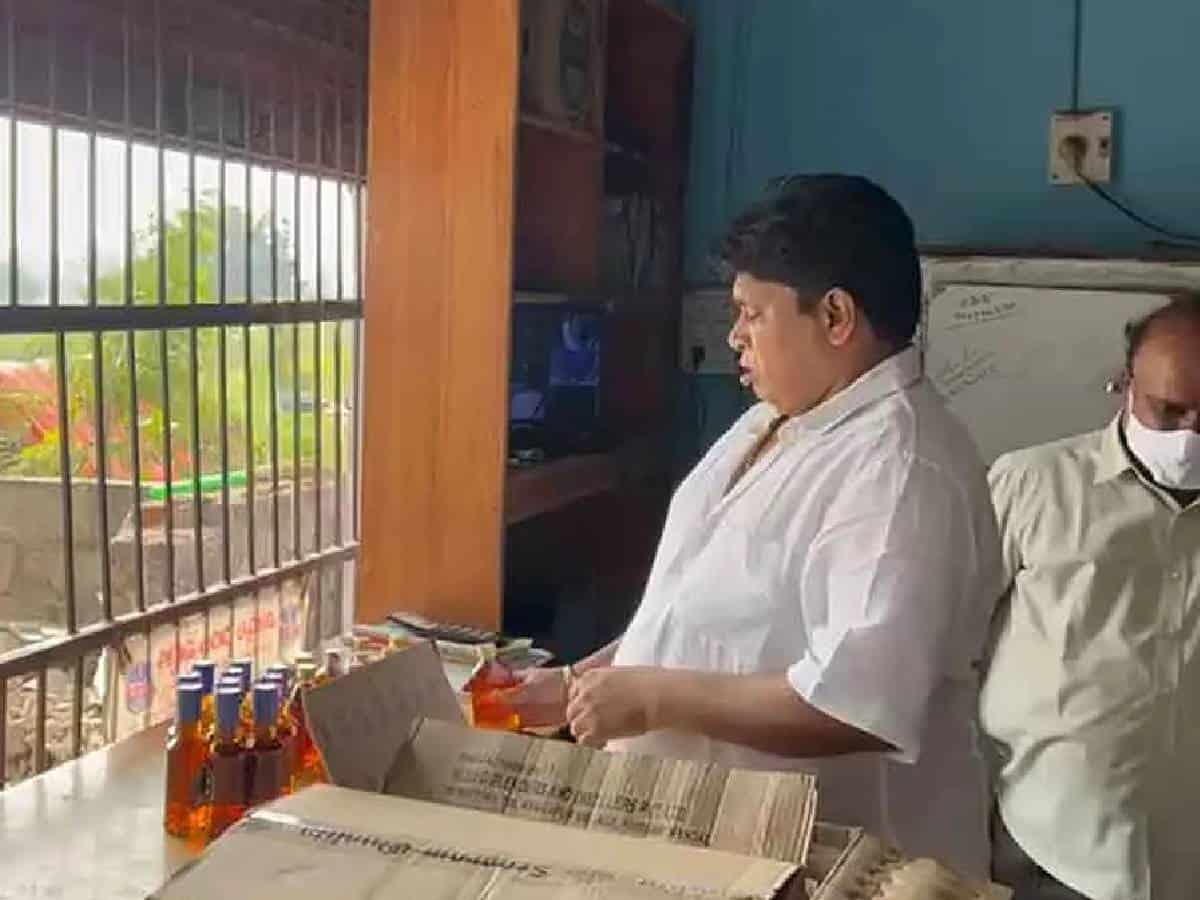 Actor Raghu Karumanchi, well known for his comic roles in ‘Adhurs,’ ‘Power’ and a few more notable films, ventured into liquor business. Despite being in the industry for nearly two decades, Raghu could not become an established actor/comedian and so opportunities dried up during the Covid-19 time.

This forced Raghu to think about an alternative career and so he initially stepped into organic farming in his backyard. Later he leased ten acres of farm land in Hyderabad city outskirts and is doing well.

On December 1st, the liquor stores were inaugurated and Raghu was seen at the token counter by customers. A picture of Raghu in his liquor shop has gone viral and Raghu asked for everyone’s blessings to make his business a successful one.