What!! Five Heroines For Raviteja? 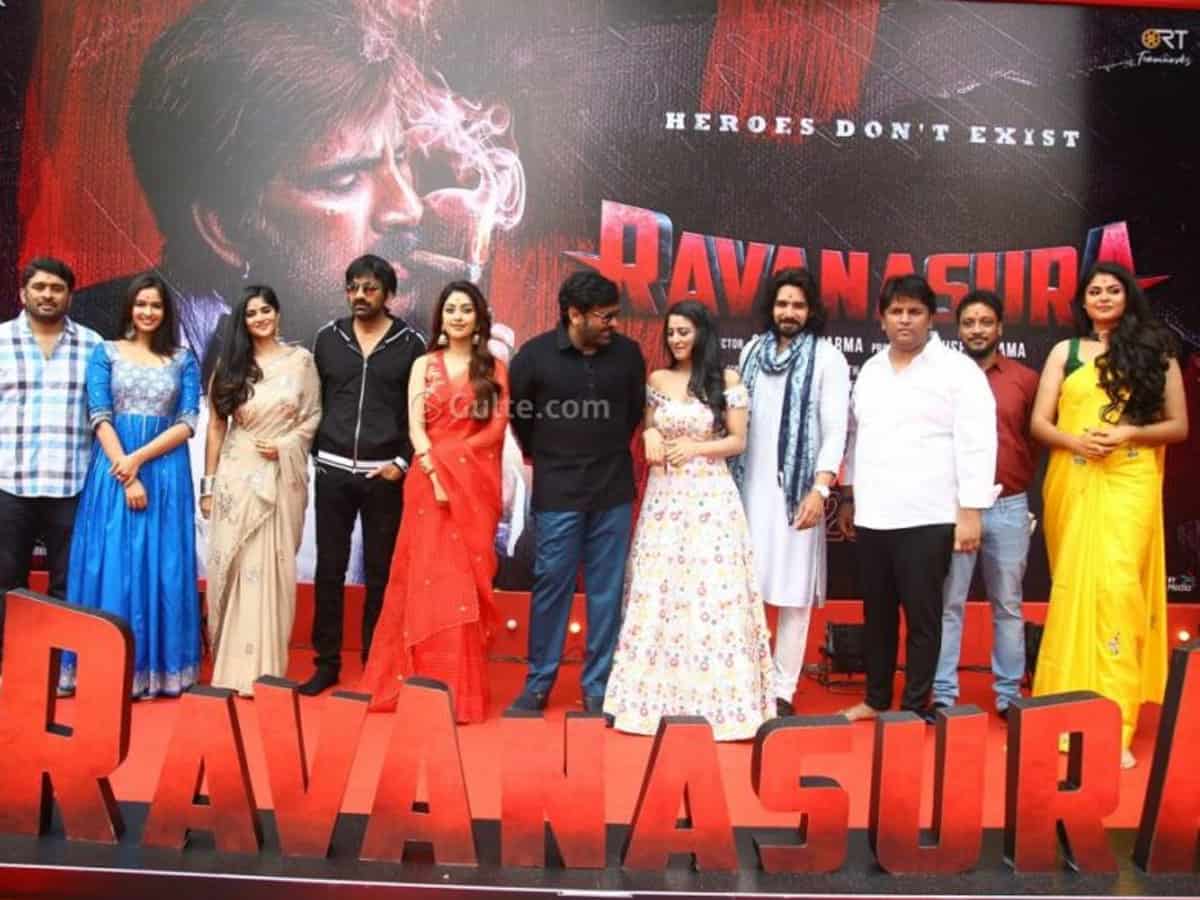 Other day, Mass Raja Raviteja’s latest movie ‘Ravanasura’, to be directed by Swamy Ra Ra fame Sudheer Varma got launched and none other than Megastar Chiranjeevi attended as the Chief Guest of the event. More than this mega presence, what caught the attention of many lookers are the number of heroines present at the place.

Apparently, the arrival of hottie Anu Emmanuel and another young heroine Megha Akash indicated that the two are going to be seen as leading ladies of the movie. But then we have the latest fascination of T-town, Faria Abdullah also present at the event, indicating that she might be another heroine of the movie.

And then, Daksha Nagarkar also made her presence felt at the event, which many termed that she will be paired with Sushanth. Then we have short films fame heroine Poojitha Ponnada gracing the occasion in a spicy avatar.

The talk is that almost five of them will be leading ladies of the movie, while one of them will romance with the villain and the rest with the leading man, Raviteja. But then, having five heroines in a film is no joke, and we have to see how come Sudheer Varma has picked up such many main leads, which might actually dilute the content of the film. Or, some of them attended only as guests but not playing any role inside the movie?