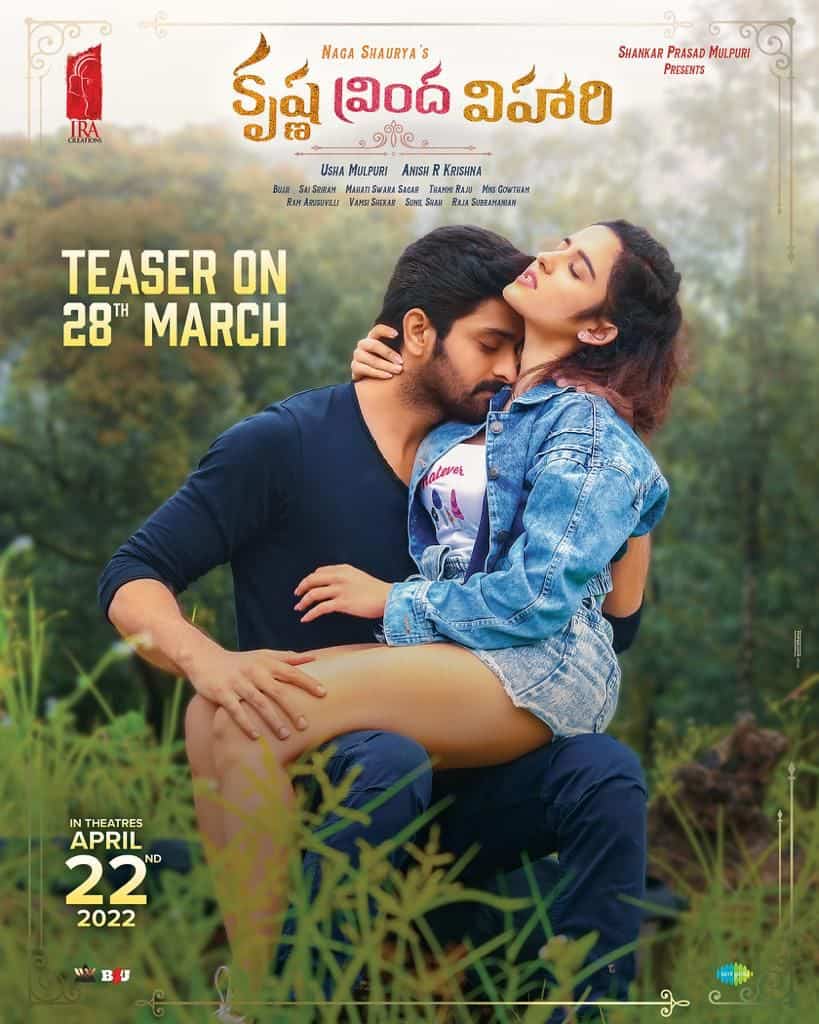 Young hero Naga Shaurya’s upcoming romantic comedy Krishna Vrinda Vihari will have its release in theatres on April 22nd in summer. As to meet the deadline, the team is working hard to complete all the formalities at the earliest, as to shift their focus to promotions.

The makers have locked the date to release teaser of the movie. It will be unveiled on March 28th. The announcement poster looks breezy and romantic, as the lead pair Naga Shaurya and Shirley Setia are caught in romantic mood. The pairing looks loveable.

The film’s shoot was already wrapped up and post-production works are underway now. The team is planning for aggressive promotions in coming days, as they have released only few posters till date. Shaurya has played a Brahmin for the first time.

Radhika will be seen in a vital role in the movie being helmed by Anish Krishna. Usha Mulpuri is producing the movie under Ira Creations, while Mahati Swara Sagar has provided music.