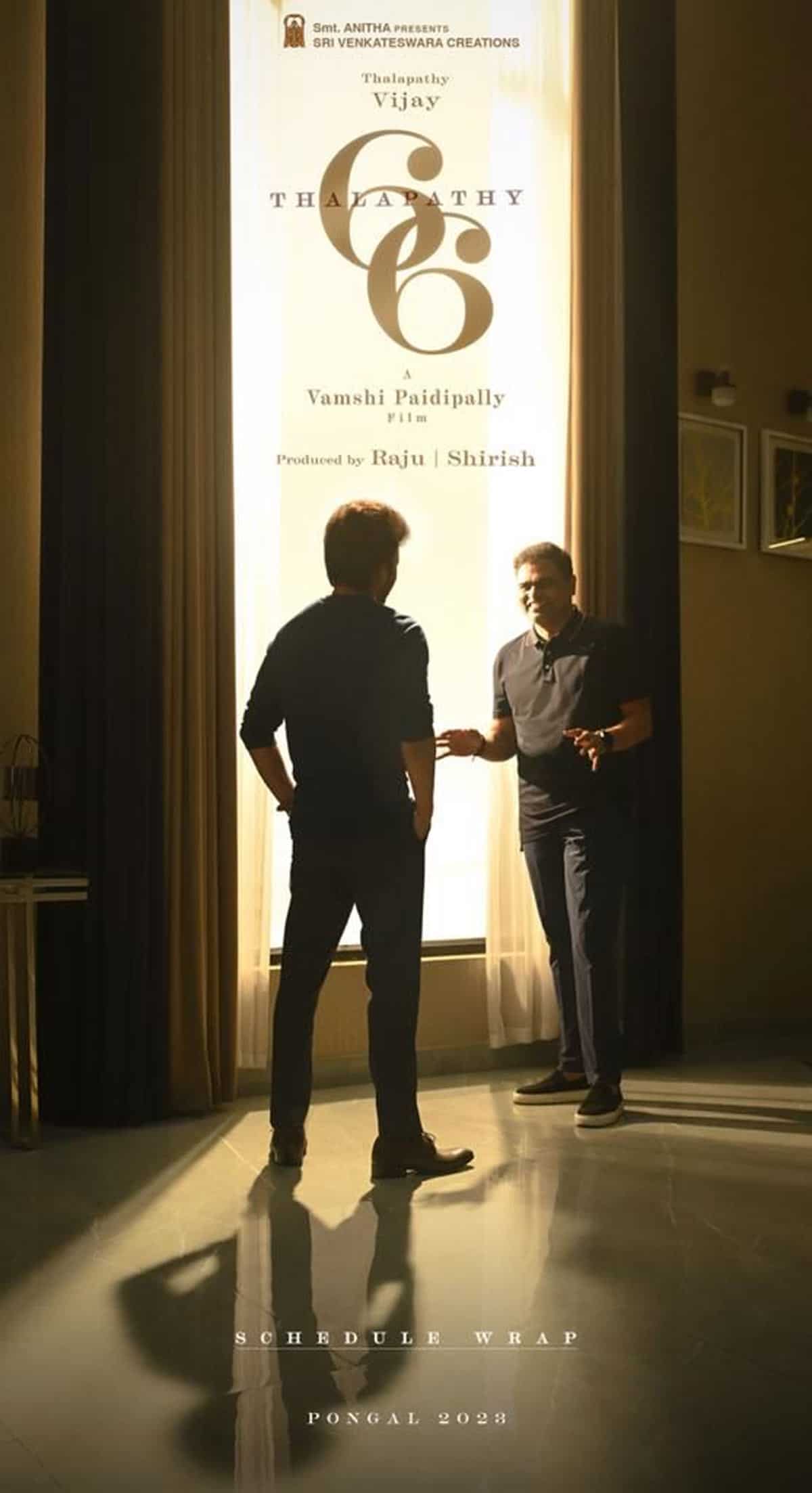 National Award-winning director Vamshi Paidipally in his latest flick is directing hero Vijay in an action and family entertainer being produced by Dil Raju under the banner of Sri Venkateswara Creations. Rashmika Mandanna is romancing Vijay for the first time in the movie.

It seems works related to the movie are happening at brisk pace, as the team already wrapped up a lengthy and important schedule. They have filmed some crucial scenes involving major cast of the movie. Prabhu, Sarath Kumar, Prakash Raj, Jayasudha, Srikanth, Shaam, Yogi Babu, Sangeetha and Samyuktha are playing vital roles in the movie.

Vamshi Paidipally will be showing Vijay in a different role in the movie for which music is by S Thaman. As earlier announced by the makers, the yet to be titled flick will release for Sankranthi, next year.