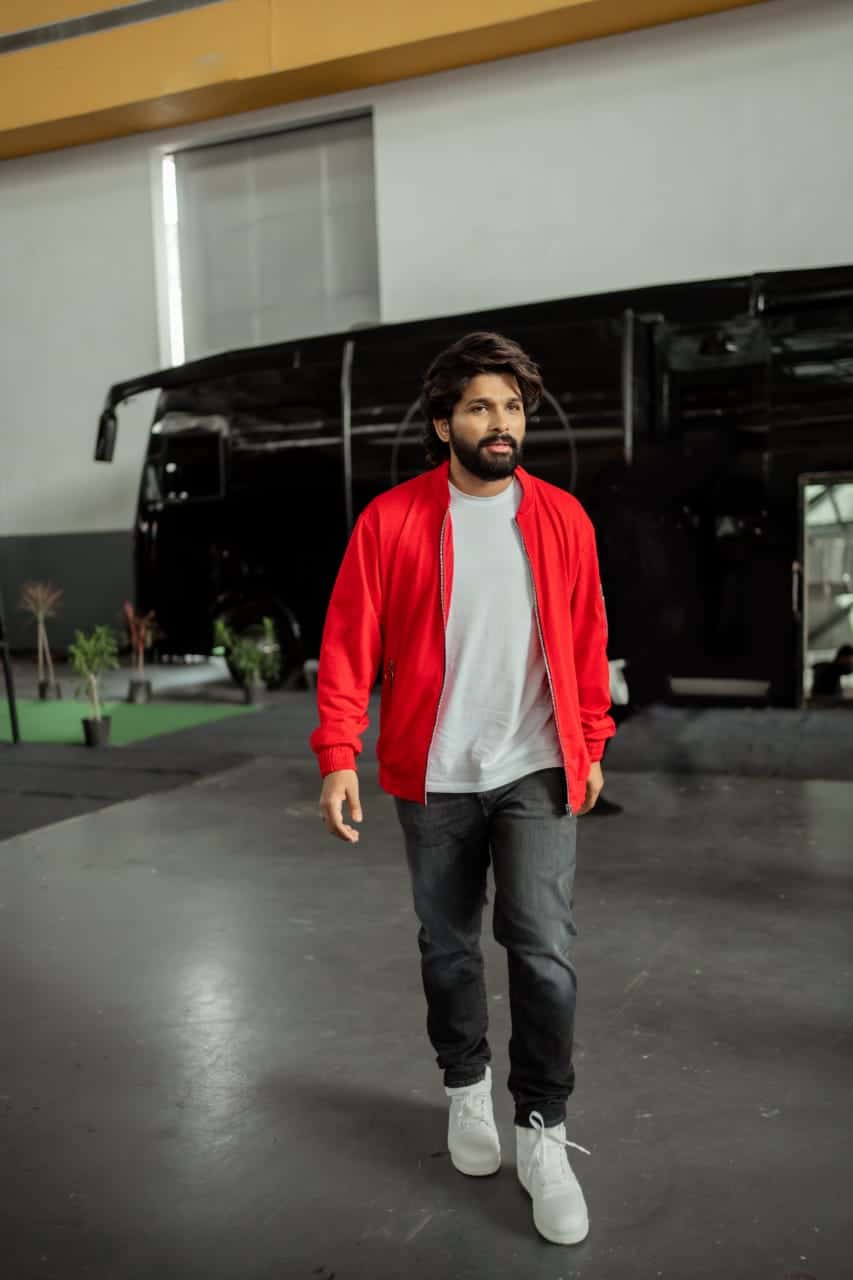 Icon Star Allu Arjun is making most of his time away from films. Yet he is occupied with shootings, apparently for brand endorsements. Recently, Bunny shot for a television commercial and he was spotted in cool and trendy outfits. The ad was shot by none other than ace director Trivikram Srinivas.

First the ‘Pushpa’ actor arrived at the shooting spot in a printed shirt and black trouser keeping it absolutely simple. The hat and spectacles add up to his stylish look. And for the shoot, he completely transformed wearing a red jacket, grey washed denim and white sneakers.

The pictures were flooded with likes and comments from Bunny’s massive social media following. In the recent past Bunny is said to have signed multiple brands and more are in line.