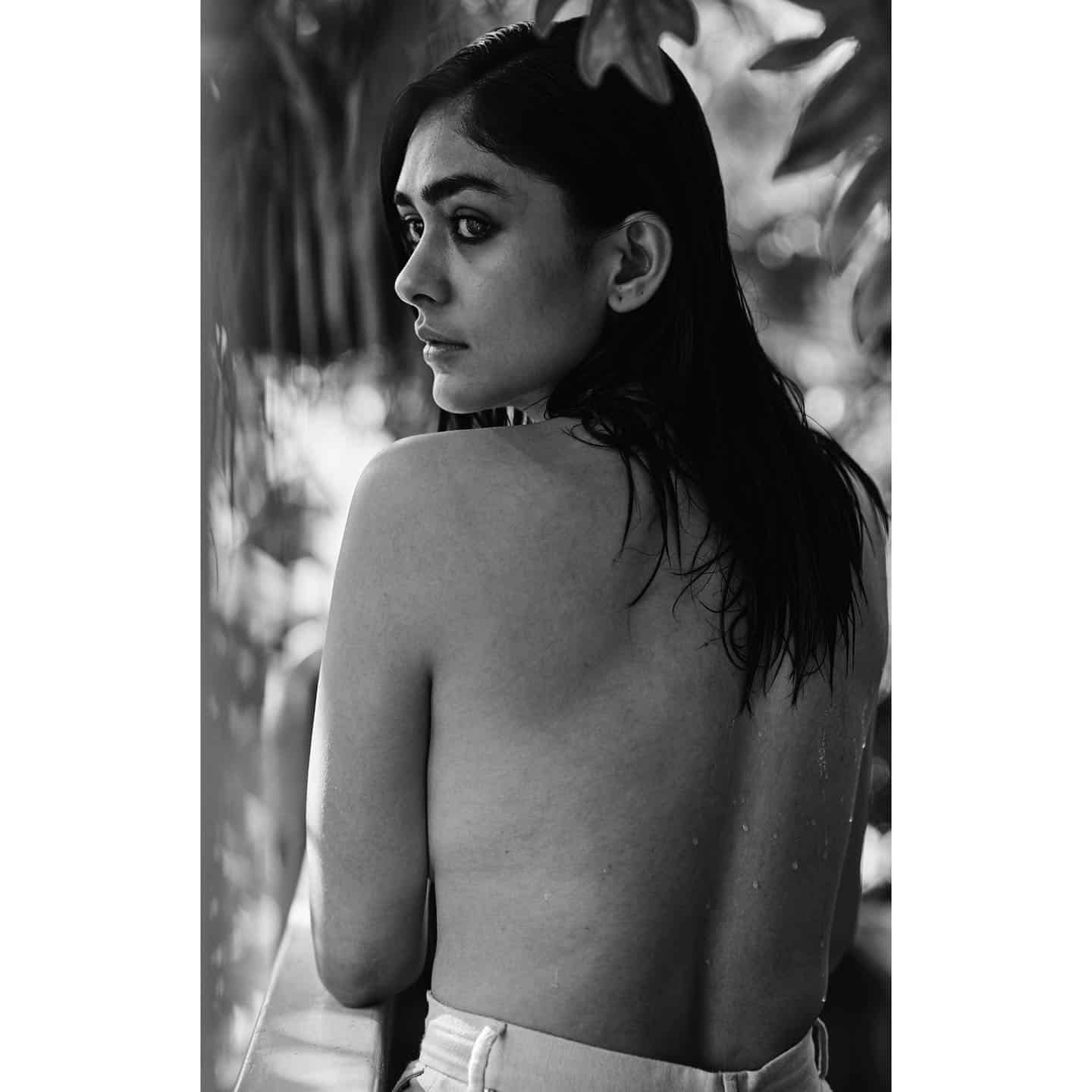 The Sita Ramam actress Mrunal Thakur is heard to be on cloud nine for the super success of the movie. A glance at Mrunal’s filmography says that she is always more interested in films with content than those films that need just the glam show.

After Sita Ramam, Mrunal’s old pictures and photoshoots started trending on top. One of them is her backless photoshoot which was done almost two years back. Mrunal’s seen sitting in her pants and wearing nothing else. In another monochrome picture, Mrunal looks back flaunting her back with nothing except some water drops rolling from her wet hair.

These two pictures are going viral on social media. It looks like the fans of Mrunal are wanting her to appear in a bold role after her classy side in Sita Ramam.