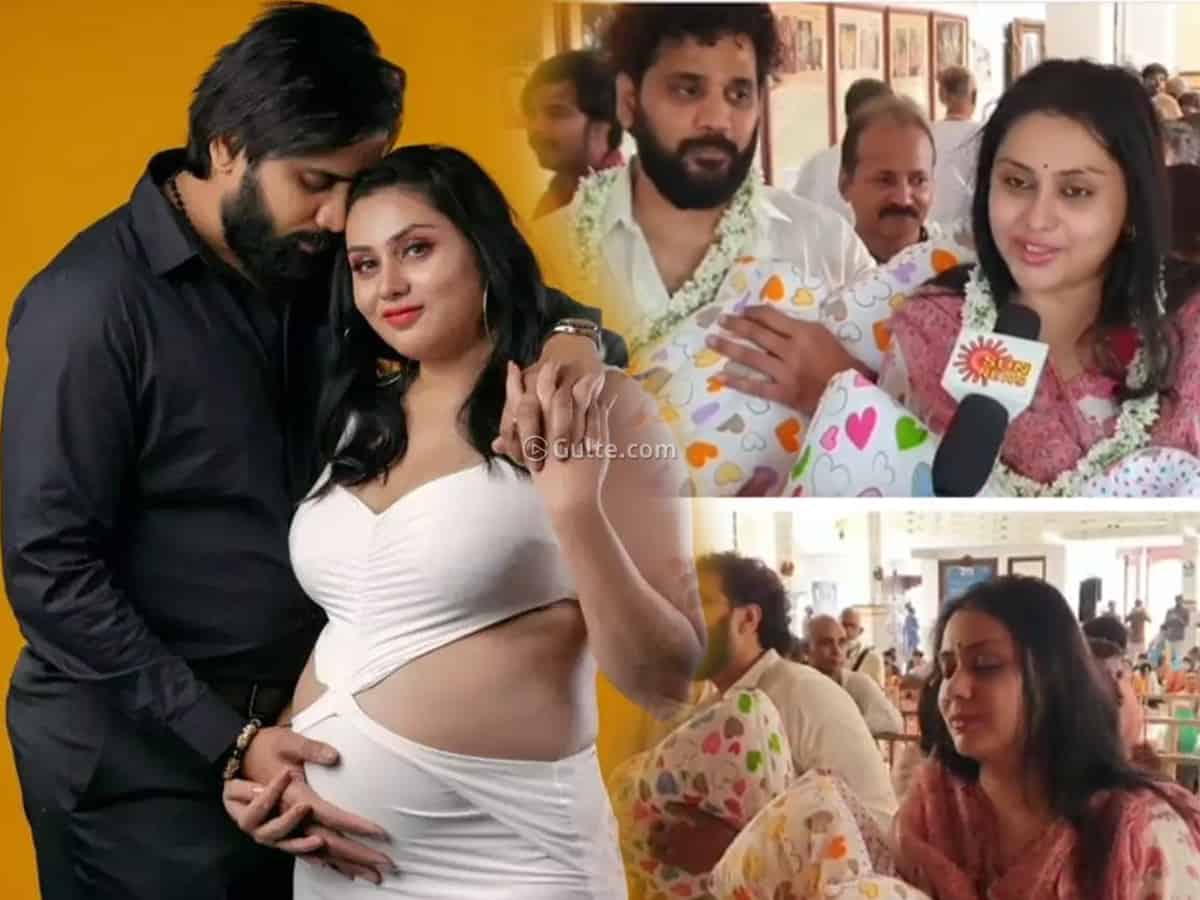 Actress Namitha needs no introduction to the audiences in Telugu. She shot to fame in Telugu with the film Sontham and later made her come back with Balakrishna’s Simha. She enjoys a decent fan base in the South. Now, she is back in the news as she made a special announcement that she is blessed with twin babies on the occasion of Krishna Janmashtami yesterday.

Namitha announced her pregnancy on her birthday, earlier in May this year. She is married to Mallireddy Veerandra Chowdhary, and celebrated her fourth year wedding anniversary with him last November.

In a social media post, Namitha announced that she had delivered twin babies and also sought the blessings and love of her fans and well-wishers. She also thanked the Doctors who guided her in this pregnancy and motherhood journey.