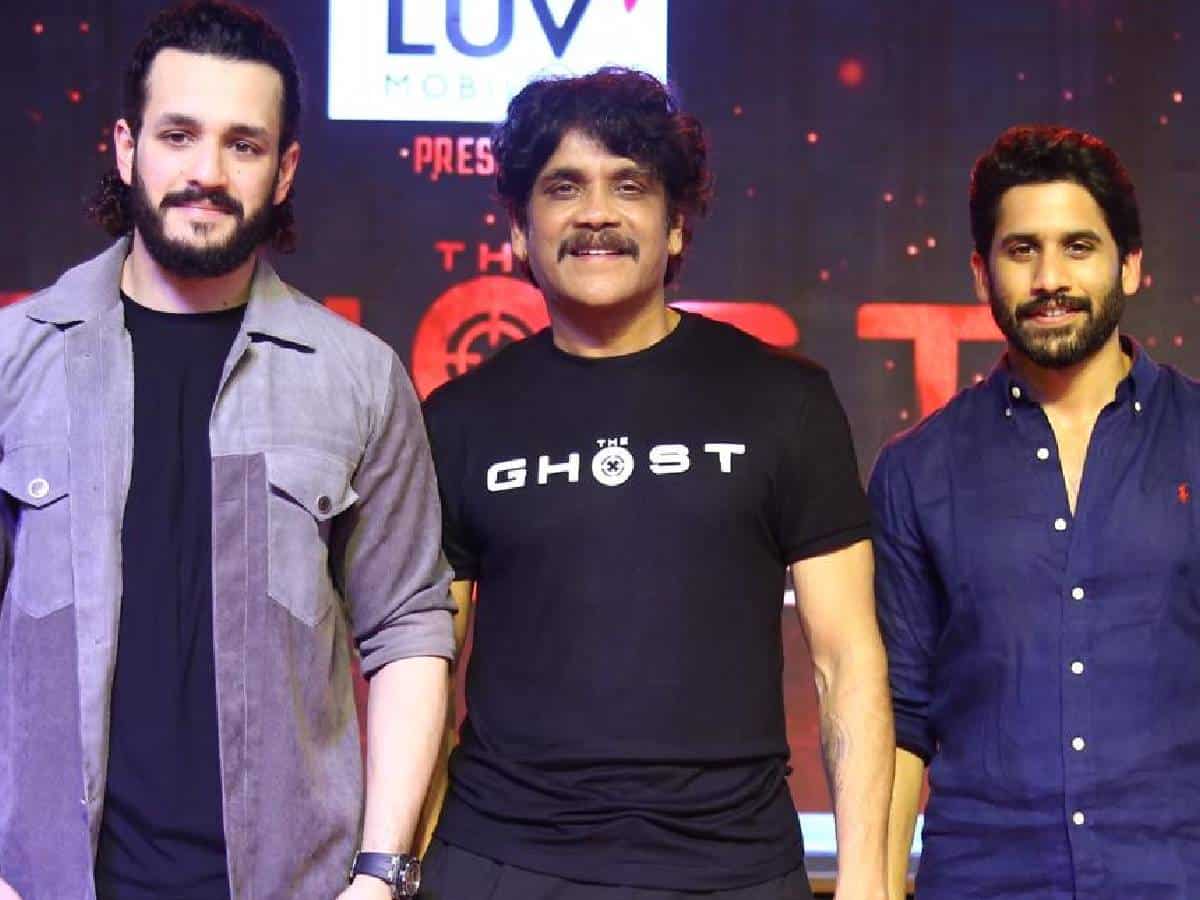 Akkineni Nagarjuna is extremely busy with the promotions of his new film The Ghost. Directed by Praveen Sattaru, the film is gearing up for a grand release on the 5th of October. Meanwhile, the star hero opened up on his next project.

Naga Chaitanya and Akhil also attended the pre-release event as special guests. “I asked both of them to be present at the event, only to witness all your love,” said Nagarjuna, addressing the fans.

Nag also spoke about his collaboration with Naga Chaitanya at the beginning of the year. “We did Bangarraju which became a big hit at the box office and the TRPs that are generated for the film is highest ever for any film this year,” said Nagarjuna.

Nag also confirmed that he is collaborating with Akhil Akkineni, for an interesting project soon. “Imagine Agent and Ghost coming together for a film. I am going to work with Akhil for a film soon,” said Nagarjuna.

We have earlier informed our readers that Chiranjeevi is planning to produce a film with Nagarjuna and Akhil in the lead roles, and it will be directed by Mohan Raja who recently helmed Chiranjeevi’s Godfather.

More details about the film will be out soon.