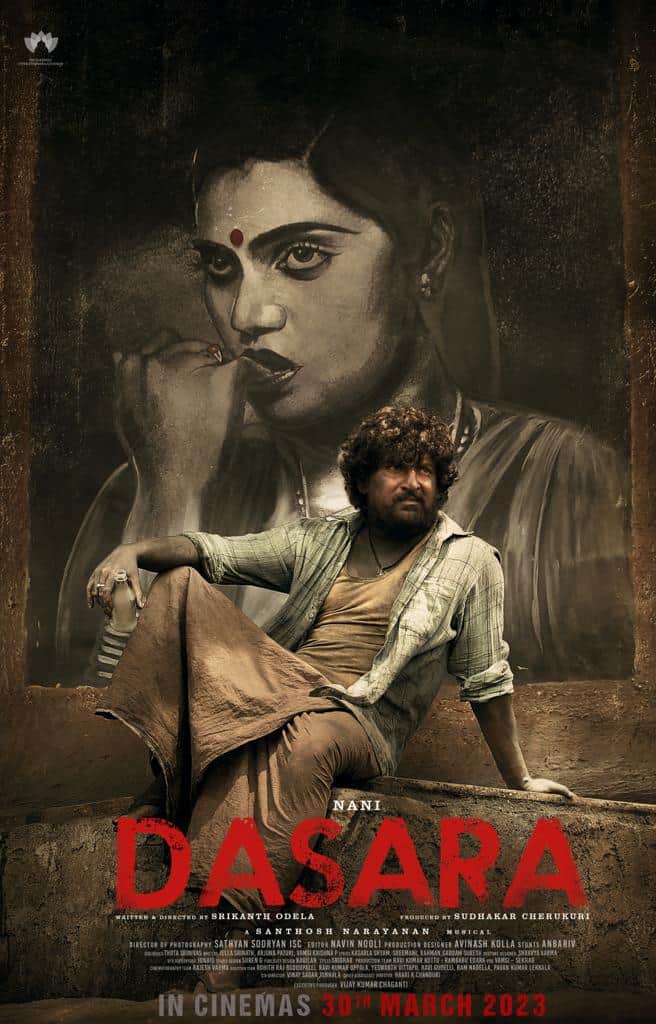 The musical promotions of hero Nani’s mass action entertainer Dasara will begin on the auspicious occasion of Vijaya Dasami.

The first single Dhoom Dhaam Dhosthaan will be out on October 5th and Nani made the announcement in style.

The actor can be seen sitting in front of Silk Smitha’s image and consuming alcohol. “It’s going to be the massiest street song ever, announced Nani.

Earlier, they released a poster showing all the friends of Nani. Now, they are coming up with a song on these friend’s group.

Santhosh Narayanan has scored music for the movie being directed by debutant Srikanth Odela with Sudhakar Cherukuri producing it.

Keerthy Suresh is the leading lady in Dasara set for release on March 30th, 2023 at pan India level.