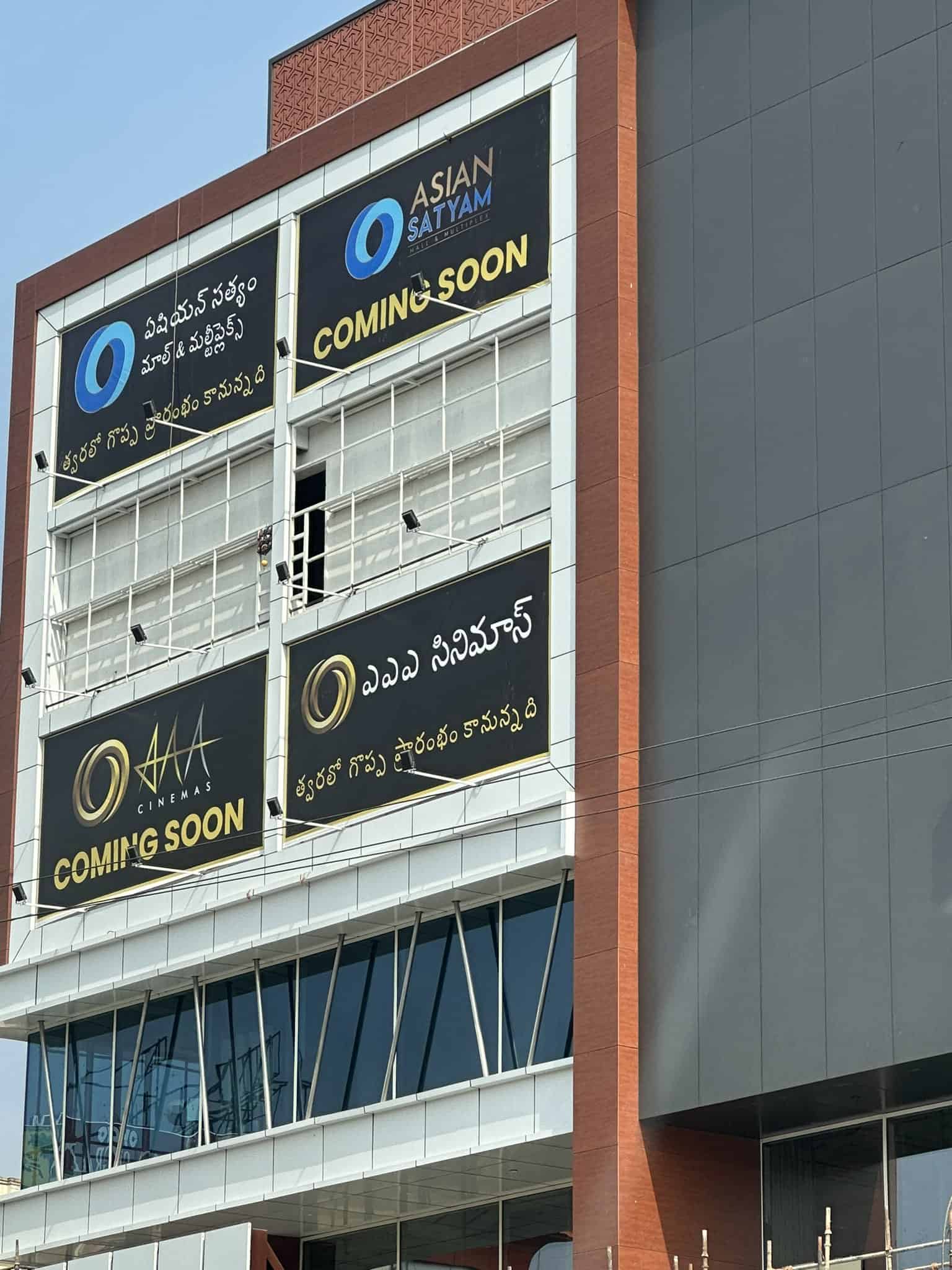 Asian Movies is the leading distribution giant in the Telugu states, especially in the Nizam area. The group owns a majority of theatres in Telangana.

Asian group already holds many single screens, and now, they are focusing on building luxurious multiplexes to give an unforgettable movie-watching experience to the audiences. After teaming up with Mahesh Babu (AMB Cinemas), and Vijay Deverakonda (AVD Cinemas), they join hands with Allu Arjun (AAA) now.

Although the announcement of the partnership between the Asian group and Allu Arjun has come out long back, the property is almost ready now. It is a known fact that the Asian group is building a multiplex by demolishing the famous Sathyam theatre in Ameerpet.

For this AAA (Asian Allu Arjun) multiplex, the Asian group is banking on the craze of Allu Arjun. Already, AMB Cinemas (in Hyderabad) proved to be a profitable venture. AVD (in Mahabubnagar) is also doing well.

‘Allu Arjun’ brand is also expected to bring in profits for the yet-to-be-launched AAA Cinemas. The official launch date of the multiplex will be out soon.