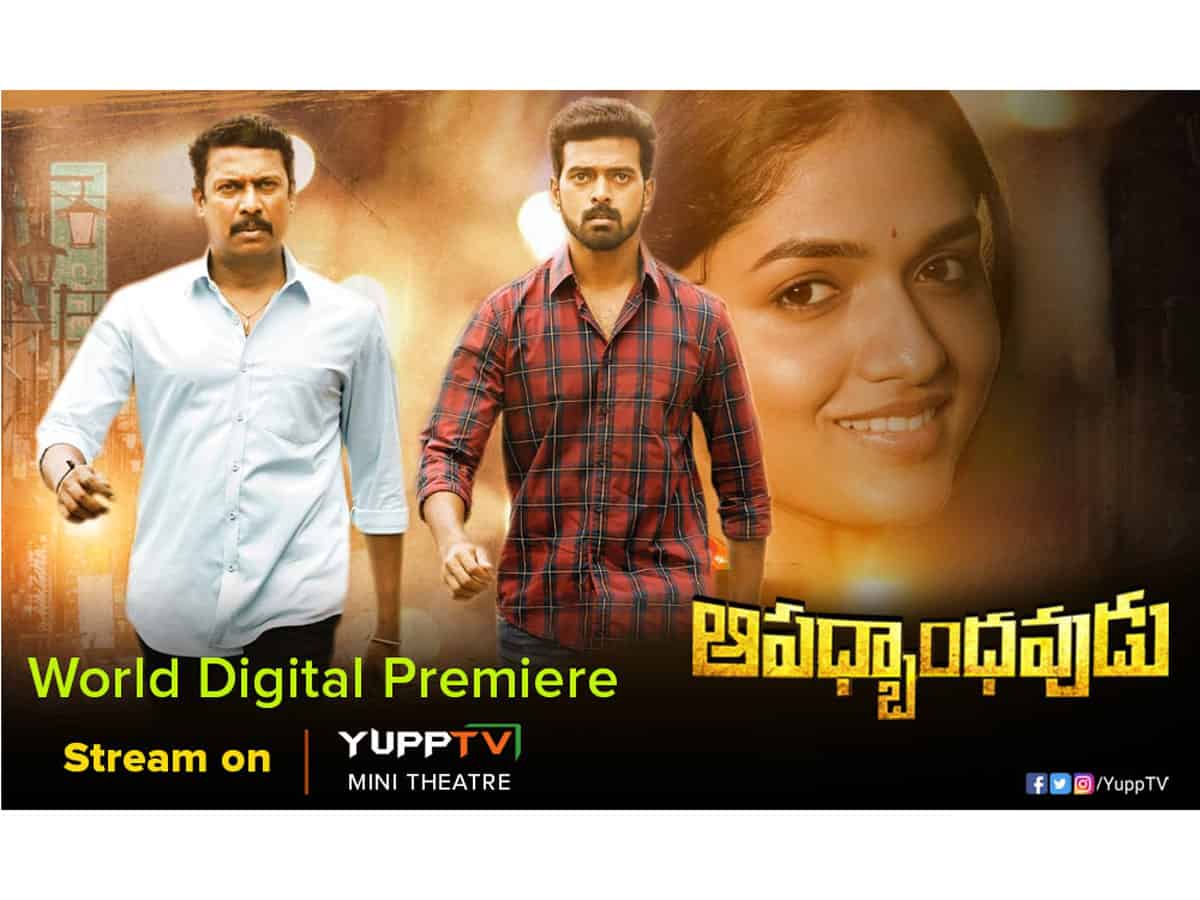 Aapadhbandhavudu, the Telugu dubbed version of Tamil movie Thondan is being premiered Worldwide on YuppTV. The film which was written and directed by National Award-Winning Tamil Actor/ Director Samuthirakani was released in 2017 in Tamil. It features Samuthirakani in the lead role along with Vikranth, Sunaina, ArthanaBinu, and Namo Narayana.

Aapadhbandhavudu narrates the story of an ex-military man turned ambulance driver who gets into a brawl with a corrupt Politician in the process of doing his job which is saving lives. How the Politician meddled with the driver’s life and the consequences that come after makes up for an entertaining and emotional socially conscious film that earned the audience’s approval.

The film carries a typical Samuthirakani’s signature which is making the audience conscious of the harsh reality and social crimes that people generally turn a blind eye to. After delivering notable films like Naadodigal, Appa, Porali in Tamil, and Shambo Shiva Shambo and Janda Pai Kapiraju in Telugu, this is another great attempt from the director to deliver a commercially successful entertainer ingrained with a deep social message.

Aapadhbandhavudu will be digitally premiered online on YuppTV on 28th August 2020 and will be available for the audience in India and the rest of the World to watch on Smart Televisions, Computers, and Laptops.

You can Watch Aapadhbandhavudu online on YuppTV by logging on to YuppTV Website or downloading the YuppTV App on Android and iOS Smartphones/ Smart Televisions.

Delivering the best of Regional movies for Indian Audiences living across the World, YuppTV is one of the most popular OTT Platforms furnishing Live Television Channels, Movies, News, Sports, and Originals online in all the Indian Languages.