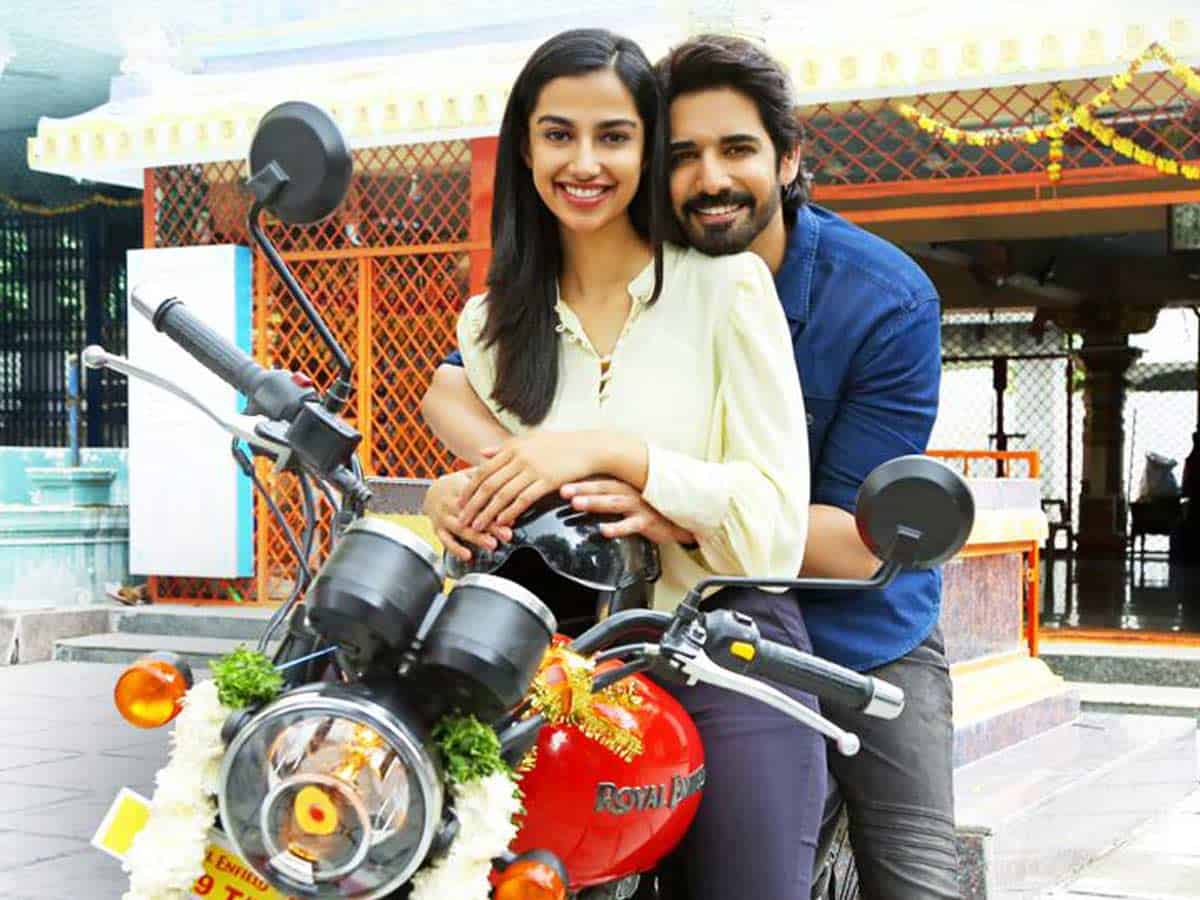 Team Ichata Vahanamulu Niluparadu wishes everyone with Dussehra special poster. As the poster suggests, Sushant along with Meenakshi Chaudhary performed Vahana Pooja to Royal Enfield bike at a temple. It’s an apt poster for the festival.

Done with the shooting, the film marks directorial debut of Darshan. AI Studios and Shaastra Movies banners together produce the film. Music for the film is composed by Praveen Lakkaraju.

Sushant who was last seen in a crucial role in Ala Vaikunthapurramloo is hoping to continue the success streak with Ichata Vahanamulu Niluparadu.