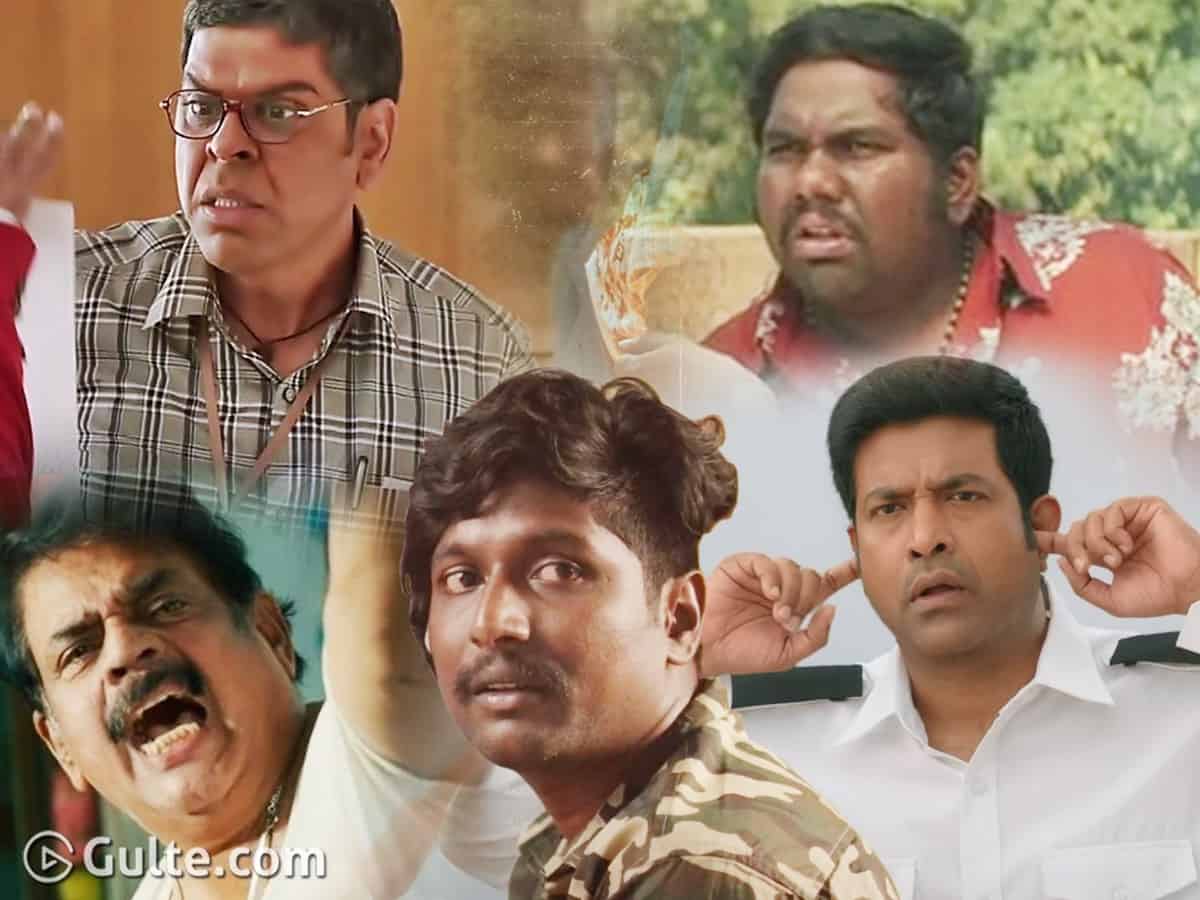 A director most of the time imagines an actor for the role he writes in the film. Except for a few times, the roles written for the actors are mostly played by the same actors imagined. And there are supporting characters who were given equal or less role with the lead actors, but the actors playing them take over everything and manage to get the full attention of the audience with their extraordinary performances.

We have seen Priyadarshi in Pelli Choopulu, Rahul Ramakrishna in Arjun Reddy, and Sathya in Mathu Vadalara slaying it in the roles given in supporting the main characters.

Let us take a look at our favorite sidekicks and supporting characters that stole the show this year.

Murali Sharma As Valmiki – Ala Vaikunthapurramloo

Ala Vaikunthapurramloo remains the biggest blockbuster of the year 2020. There are many great reasons for the movie’s success and one of them is definitely the outstanding performance by Murli Sharma.

We get to see a miser and crooked Valmiki throughout the film, but not Murli Sharma. Mannerisms to speaking style, Murli Sharma showed the various depths of acting. It is not an exaggeration when many critics called him the ‘New Favourite father of Tollywood’.

Murli Sharma recently acted in Sarileru Neekevvaru, HIT, Pratiroju Pandage, and other successful films, but his role in Ala Vaikunttapurram lo stands out.

Murali Sharma is a bilingual actor, whose work is prominent in Hindi, Telugu, Tamil, Marathi, and Malayalam. The actor was first introduced to the Telugu industry with the movie Athidi, for which he even received a Nandi award.

Vennela Kishore has been a part of the industry for a very long time and left remarkable performances throughout his cinematic career. His performance in many movies is widely appreciated and he has been in high demand for the past few years in many movies.

His performance in the movie, Bheeshma is a testament to his journey. His role of Parimal in Bheeshma is hysterical. As a frustrated friend of Nithiin in the movie, Vennela Kishore gave his best performance and he brings the house down with all his attempts to prove Nithiin’s real side. As a driver in the tunnel scene to destroying a flowerpot of Bheeshma, Vennela Kishore excelled in every scene and frame in Bheeshma.

The actor is currently working on various bilingual projects as well. The awards he received for his performance supports his graph in the entertainment industry.

Goparaju Ramana was highly appreciated for his lively performance in the movie, “Middle-Class Melodies”. Though the movie released on an OTT platform, it was received very well by the Telugu audience. Goparaju Ramana excelled as ‘Kondalrao’, father of Raghava, played by Anand Devarakonda.

A lot of people could connect to the character of Goparaju Ramana, who played the role of an ill-tempered father who doesn’t think twice before yelling at his son or the people of his village. His misfortunes in the movie is an entertaining factor to the audience. His Guntur dialect is perfect in the movie.

The senior actor was in the industry for a long time before, but the meaty role he has gotten in the movie rose him to fame. The actor is now being flooded with offers of playing father characters.

Suhas as Korra Prabhas’s brother in Uma Maheswara Ugra Roopasya entertained us well as a supporting character. His hairstyle and natural dialogue delivery worked well in the movie.

He is playing supporting roles in Gamanam and Rang De that are due for release next year.

Harsha Chemudu needs no introduction. Popularly known as ‘Viva’ Harsha, he bagged three supporting roles and he shone brightly in each one of them. Harsha dominated all with his performances in Colour Photo, Bhanumathi Ramakrishna, and Krishna And His Leela.

While Suhaas is the lead actor in Colour Photo, Harsha’s presence as Bala Yesu enthralled one and all with one-liners and in emotional scenes too.

In Krishna And His Leela and Bhanumathi Ramakrishna, Harsha appeared as a friend in one and a cousin in the other. But Harsha made his presence felt in almost all the scenes he appears in with his hilarious throw of dialogues and expressions.