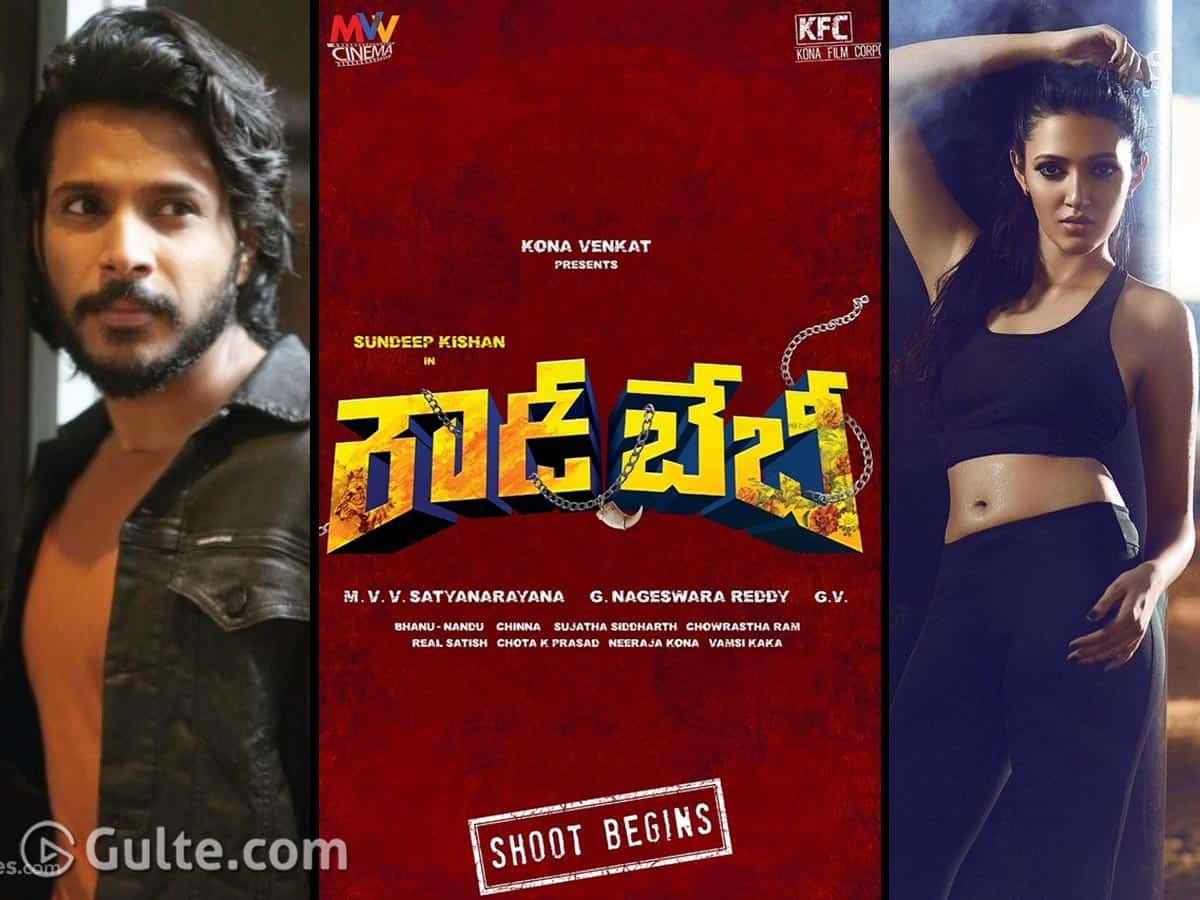 Cashing in on the craze of Sai Pallavi and Dhanush’s hit number ‘Rowdy Baby’ from ‘Maari 2’, Sundeep Kishan’s next has been titled as Rowdy Baby.

Recently, Rowdy Baby song was in the news as it hit 1 billion views on YouTube which is a record. The name Rowdy Baby became synonymous with Sai Pallavi and the name became quite popular with the masses as the song was played on repeat in parties, events and weddings.

Now, Sundeep is hoping that this would come in handy for his next. The film’s title poster has been unveiled.

Sundeep is going to play a wannabe gangster in this film which is laced with romance. Director G Nageshawar Reddy, who is known for churning out rib-tickling comedies, is wielding the megaphone.

Neha Shetty is pairing up with Sundeep in Rowdy Baby. The film also features Bobby Simha in a pivotal role. Rajendra Prasad is playing another significant role in the film. The film’s shoot started in Vizag today.

Meanwhile, Sundeep is currently doing sports drama A1 Express which has Lavanya Tripathi in the female lead.