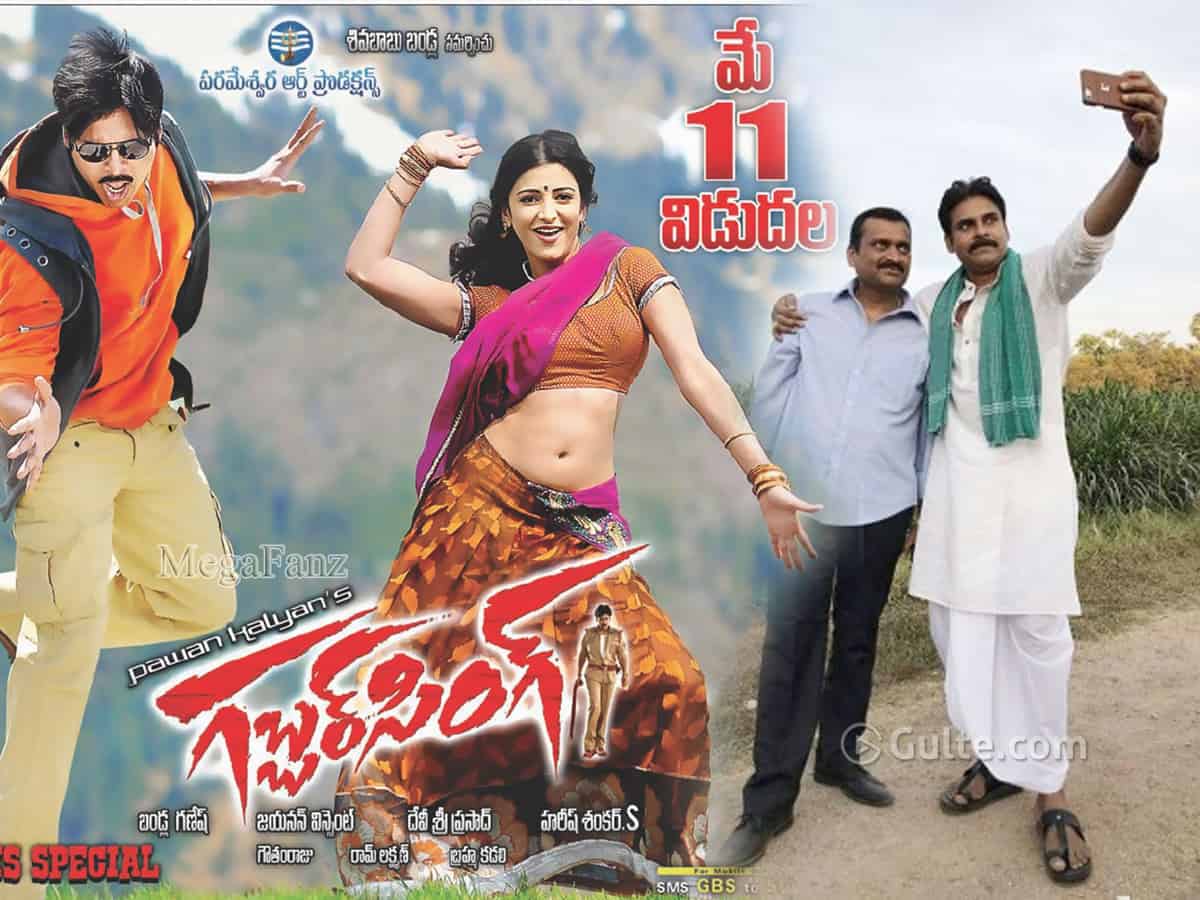 It’s been 8 years Pawan Kalyan’s sensational blockbuster Gabbar Singh released. The film which released on May 11, 2012 went onto become highest grosser in Pawan Kalyan’s career back then and it emerged as Pawan’s biggest comeback film at the Box Office.

On this eve of 8 years of Gabbar Singh, Producer Bandla Ganesh has exclusively spoken to Gulte recalling the memories of blockbuster Gabbar Singh.

After Teen Maar’s failure, Kalyan garu gave me the opportunity to produce Gabbar Singh and gave me a blockbuster. It’s a memorable experience in my life. It’s a life changing film in my career that gave so much kick to me and my banner Parameswara Arts. The film was shot in a very short time. Everything had fallen in place for the movie. The film’s shoot began with Brahmanandam.

We had initially planned the film’s shoot in Nov 2011 in Polachi. However, the shoot was cancelled due to heavy rains then. Pawan Kalyan garu joined the film’s shoot on Dec 5th and we managed to release the film on May 11, 2012. He had completed the film in just 4 months. It was the quickest star film made in my career. All thanks to director Harish Shankar who made it very easy for me. He has ensured that everything is done as per the schedule. Devi Sri Prasada’s music is big advantage. Harish has really turned everything into film’s favour.

It was actor Sonu Sood who had first suggested me to buy the remake rights of Hindi film Dabangg. First I had approached actor Ravi Teja with whom I had earlier made Anjaneyulu. However, Ravi Teja had concerns. He rejected to do the Telugu remake of Dabangg and cited reason that it would look like Vikramarkudu. Later, I informed Boss (Pawan Kalyan) about this who had readily shown interest to do the film and thoroughly supported me.

Certainly, I cannot wait to do a movie with Kalyan garu again. I’m waiting for Boss call. If he calls me, definitely, I’d love to produce a film with him. Now that he has made reentry into films, I’m eager to work with him. I’m sure, we will do another blockbuster film for sure.