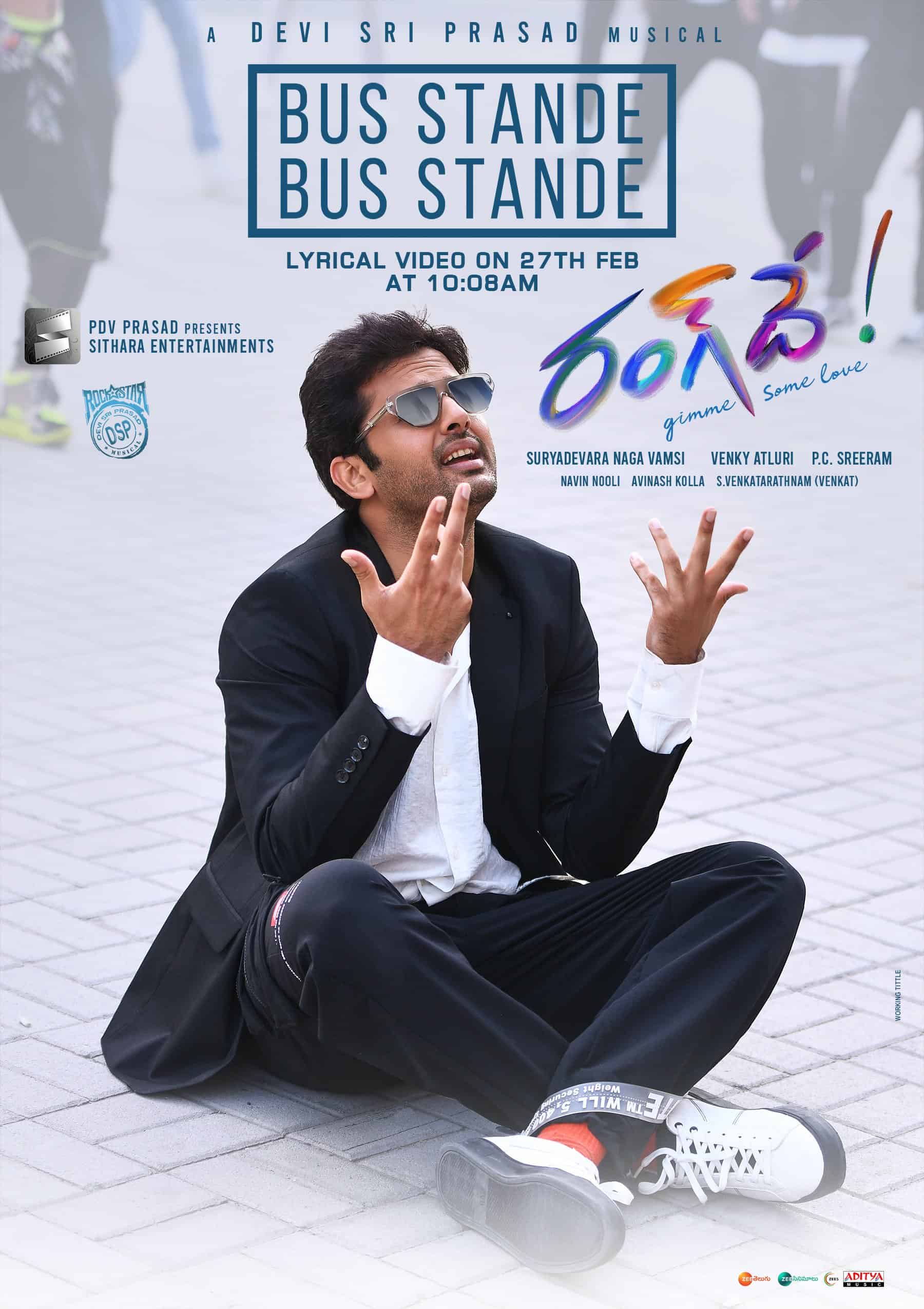 We usually say Brathuke Bus Stand when things don’t work in our favor. Hero Nithiin too says Bus Stande Bus Stande. Everything’s fine in his personal life. But, Bus Stande is next song to be out from his film Rang De.

The makers have released a brand new poster to announce the song Bus Stande scored by Devi Sri Prasad will be launched on February 27th. Togged up in black suit, white shirt and matching trouser, Nithiin looks gloomy here in the picture. He is seen sitting on footpath.

Keerthy Suresh is the leading lady opposite Nithiin in the Venky Atluri directorial produced by Suryadevara Nagavamsi under Sithara Entertainments. The film is done with its shoot and is set for theatrical release on March 26th.