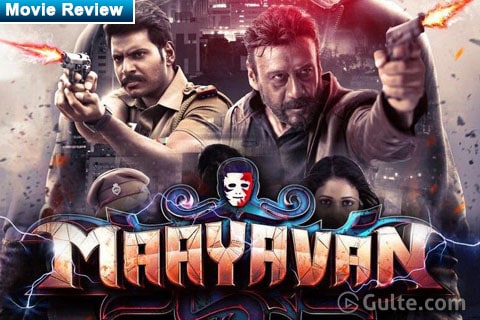 Film industry has been facing an insurmountable loss because of the lockdown, but there is also a Brightside to it. Film lovers are searching for good movies across OTT platforms and making time to watch all those good movies that have gone unnoticed or been overlooked. One such film that Telugu filmgoers missed to watch in theaters is Maayavan starring Sundeep Kishan. The film was made in Tamil and also dubbed in Telugu as Project X. Thanks to the controversy created by the producer who bought its dubbing rights, Project X was snubbed by the filmgoers despite a notable actor playing the lead.

Maayavan is now streaming on Amazon Prime and has been getting its due, finally. Telugu cinema lovers are adding it to their playlists as it has Sundeep Kishan and Lavanya Tripathi in the lead roles. Directed by CV Kumar, Maayavan is a science fiction thriller with a unique plot. A series of murders are happening in the city and young police officer (Sundeep) finds eerie similarities between all those crimes. He tries to solve the mystery that only reveals startling truths about a scientist who developed a project named Maayavan, which becomes extremely tough for the police to deal with.

Maayavan takes some time at the beginning to insert a track for the heroine. Director and writers are sensible enough to not to deviate from the plot for the sake of romance. However, there is no need for songs in this film as they come across as obstacles to the narrative. Thankfully, the heroine character is restricted to the background once the hero gets busy in solving the mystery.

Maayavan holds our interest until we find out about the mystery behind murders. The scientific explanation given to all the mysterious happenings is clear without any confusion. But it seems totally implausible and beyond logic. Even if we suspend logic and accept that it is just fiction, the narrative loses grip and conviction. Jackie Shroff’s introduction scene is good, but it is shown in an over the top fashion in the latter scenes.

Barring the minor gripes, Maayavan makes for an engaging watch with its able star cast, credible production design and an engrossing musical score. Direction is good in parts and the cinematography is decent. Sundeep Kishan fits the bill quite convincingly as a sincere and determined cop. Lavanya Tripathi shines in the initial portions and gets side lined thereafter. Jackie Shroff looks out of place with his makeup as well as his performance.

If you are looking for a film that keeps you hooked with interesting twists and turns, then Maayavan is one of the better options available online right now.