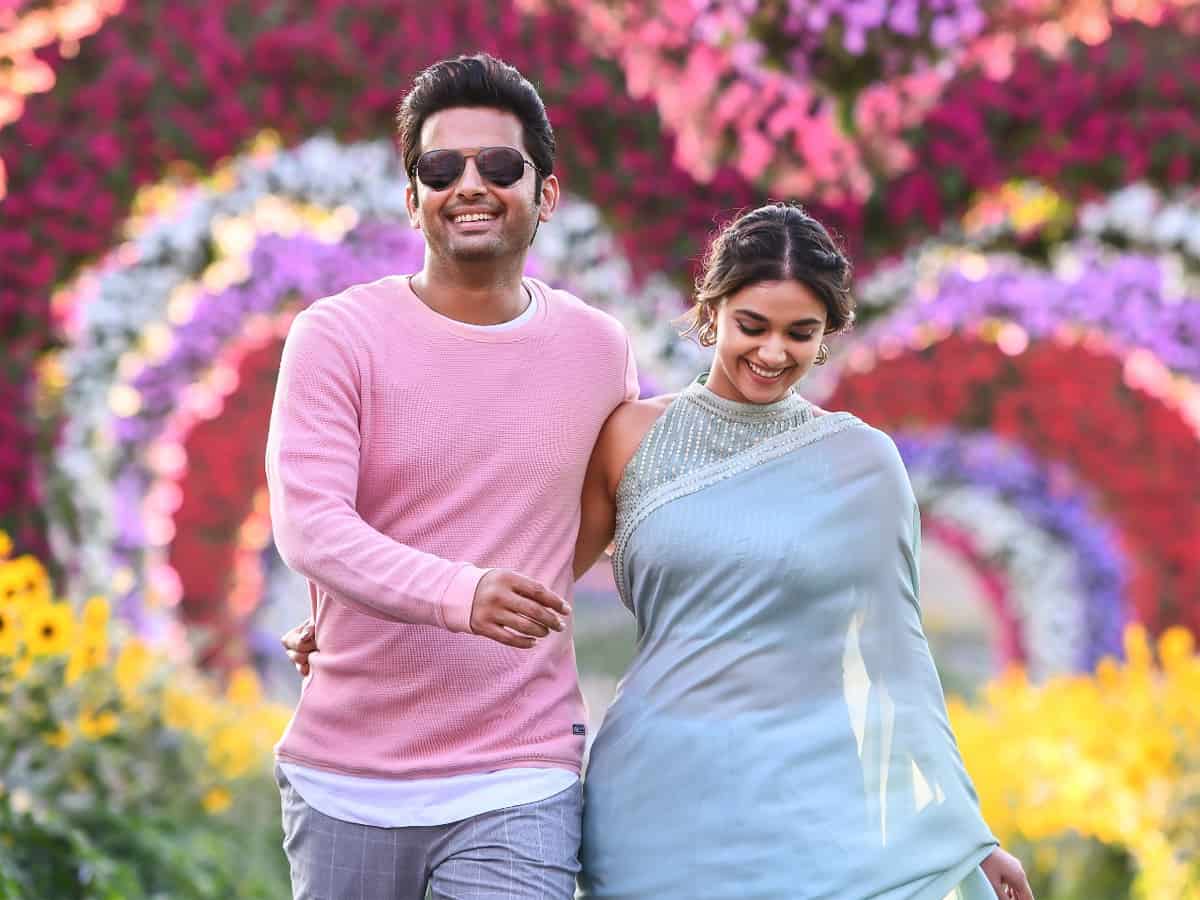 The success of Jathi Ratnalu in overseas is a big relief for the filmmakers of upcoming releases this summer. Nithiin and Keerthy Suresh starrer Rang De is the next big release in Tollywood. Expectations are quite on the film and this is showing huge impact on advance bookings as well.

As per trade reports, Rang De is inching towards $100K premieres in USA alone. Jathi Ratnalu was the only film to attain the feat earlier. Given Rang De is a perfect family entertainer with youthful elements, there is some eagerness for the film’s release.

Rang De pre sales are said to be promising in Australia as well. Despite huge release in Telugu states, the tickets are selling like hotcakes here.