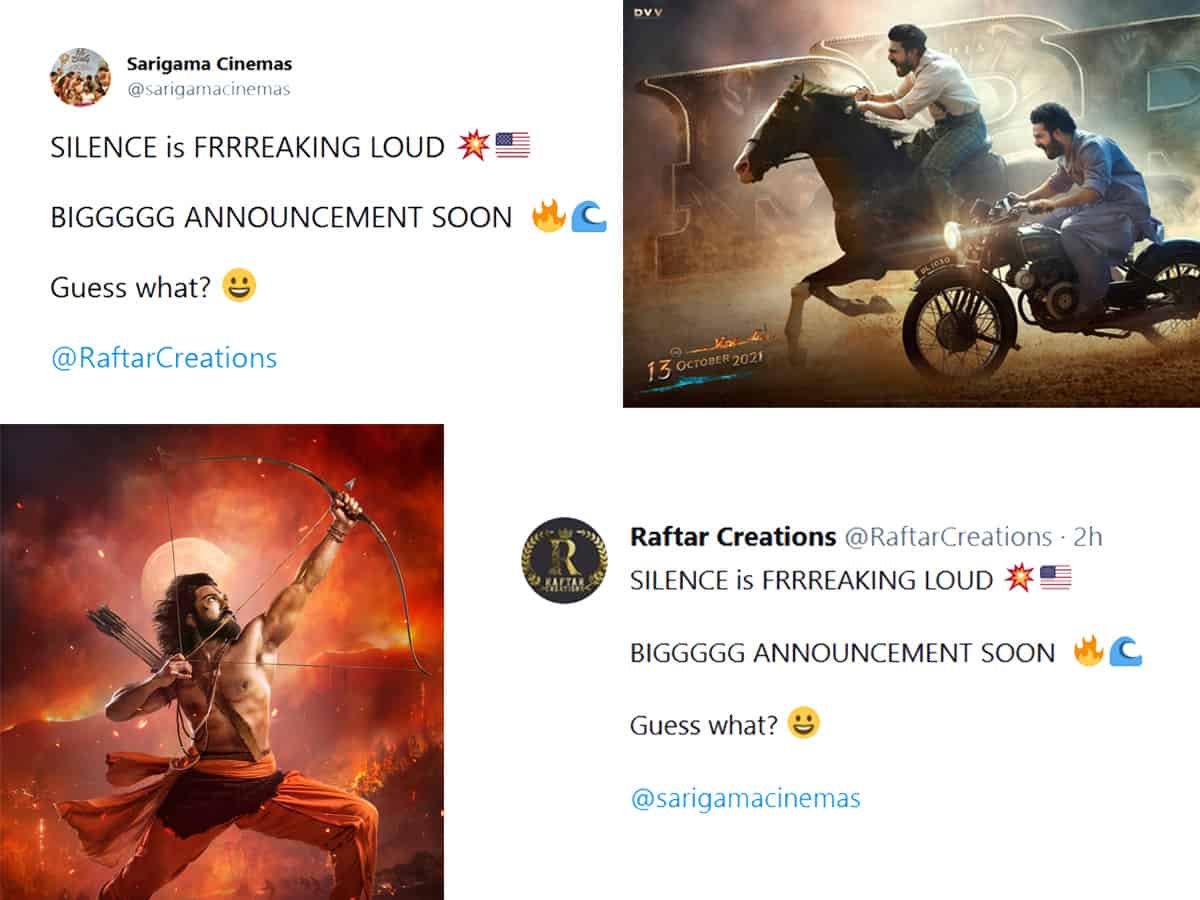 One of the most awaited films of the year, RRR is gearing up for a grand release all over the world on October 13. With each update, RRR is beating its own benchmark of expectations. Now, there is a big announcement coming out about RRR tomorrow.

Raftar Creations is heard to be partnering with Sarigama Cinemas for the RRR’s USA release. The premieres will be on October 12th and the schedules will be released soon.