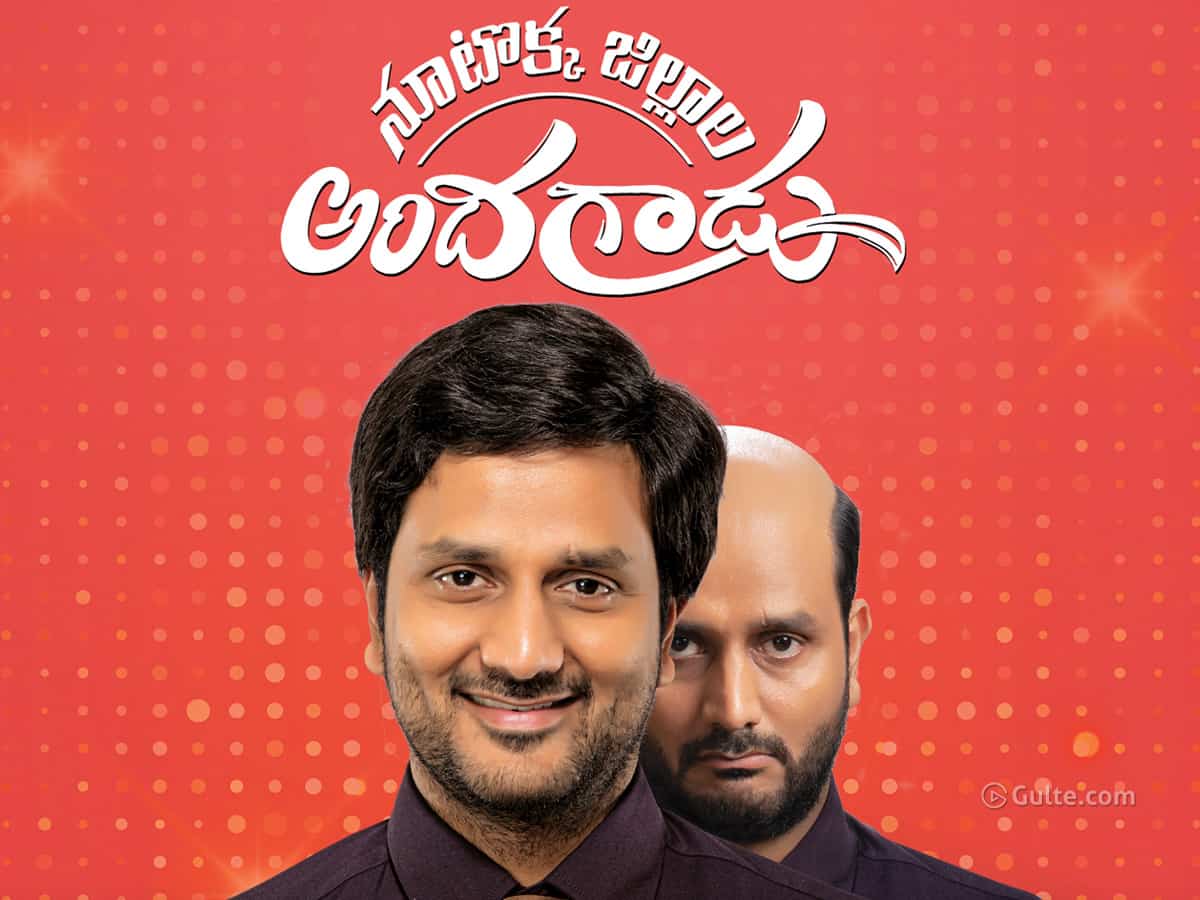 Avasarala Srinivas, who is known for attempting different roles, is back with an interesting concept. He goes bald as a lead actor for ‘Nootokka Jillala Andagadu’. Does he impress?

Gotti Surya Narayana aka GSN (Avasarala Srinivas), who is in his late 30’s, works as a CRM in a real-estate company. He lives with his mother (Rohini). GSN’s only problem is male pattern baldness. This makes him feel ‘inferior’. He finds his colleague Anjali (Ruhani Sharma) interesting. She finds him funny. The two fall for each other. Here comes the twist. Anjali learns about GSN’s baldness and can’t digest it. How does GSN wins back Anjali?

Avasarala Srinivas deserves a pat on his back for choosing male baldness which has become a rampant issue. He got under the skin of the role and does pull of the role with ease. Ruhani Sharma seems to be apt for her role. She is fine in the film but needs to improve her acting to go to next level. Abhishek Maharshi is just alright as a sidekick. His role lacks substance. Rohini as usual shines as mother with emotion. Srinivas friend Sattipandu role could have been better. ‘Amrutham’ fame Shivannarayana is okay as Anjali’s father. But he is not used well. None of the other characters are developed to care for.

Avasarala Srinivas is a proved writer and director who impressed with ‘Oohalu Gusagusalaade’. This time he sticks to just writing and leaves the direction job to newcomer Rachakonda Vidyasagar. This resulted in a mixed bag. The film has emotional depth which is the saving grace. Shakthikanth Karthik’s background music is in sync with the film. Lack of good love songs is shortcoming. Visuals are appealing. Editing is good.

Comedy dramas are the toast of the season. Post pandemic, audiences would love to see more comedy dramas. Avasarala Srinivas picks up an interesting point of male baldness. He weaves a breezy romantic story around it. Director takes a chunk of time in the first half to introduce the characters. The first act is lengthy. It is a bit dull and boring. The interval twist is expected but helps to take the story forward. Post interval, the film settles down. Wig comedy is the film’s strength.

The emotional scenes in the second half work. Especially, mother and son sentiment is subtle and does the magic. However, the hero-heroine chemistry in the first half seems to be forced. But it is passable though. Even the bathroom comedy fails to evoke fun. It could have been avoided since it’s done to death.

The wedding episode in the latter half is good. It helps the female lead Anjali to realise about GSN. Overall, it is a breezy feel good romance with bald fun. Nootokka Jillala Andagadu won’t disappoint you. It is plain, simple and passable comedy. Family audience, who have been complaining about Tollywood for not generating good & decent films, may give this film a try.