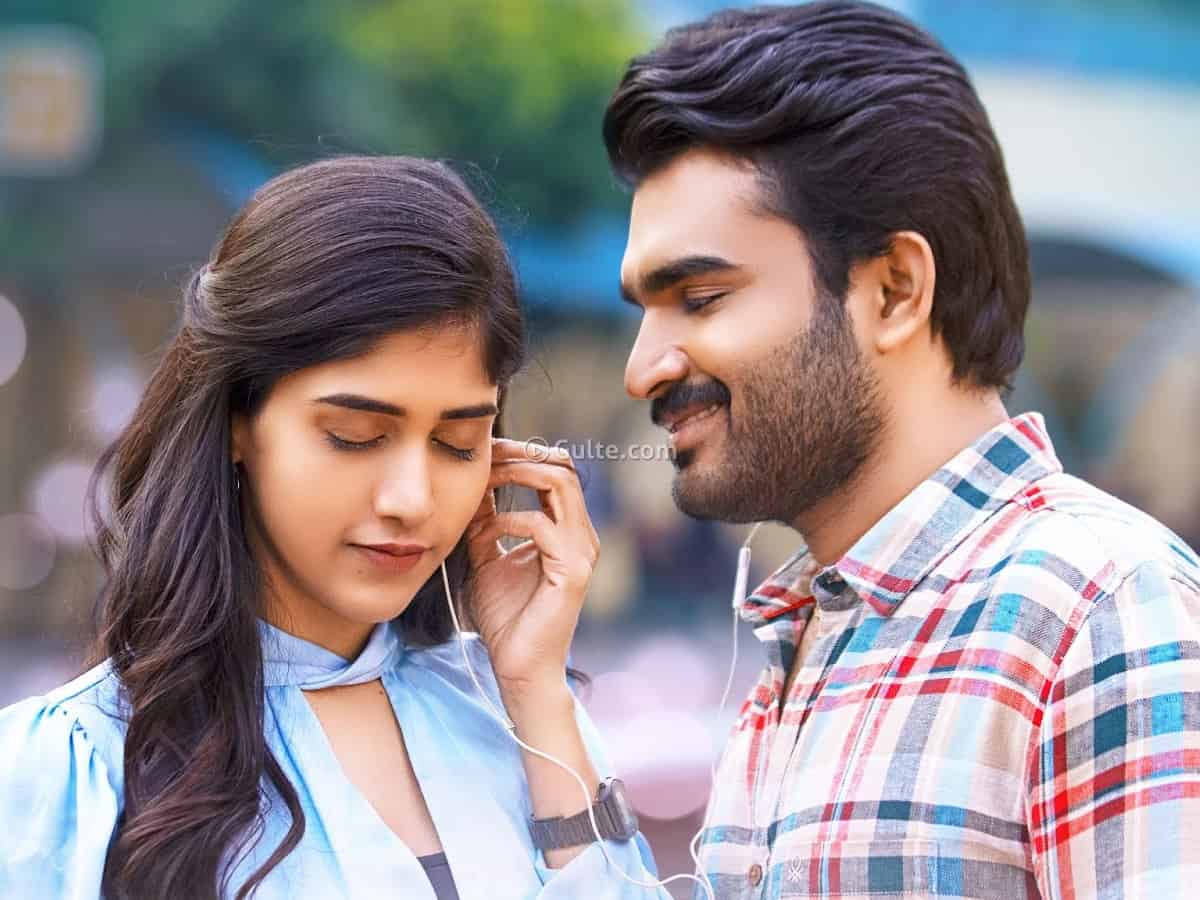 After the debacle of ‘Sebastian PC 524’, Kiran Abbavaram has teamed up with first-time director Gopi for a romcom ‘Sammathame’. Chandini Chowdary is the female lead. Let’s check out what is in store for this romance laced with drama.

Plot:
The only goal of Krishna (Kiran Abbavaram) since his childhood is to marry a ‘perfect’ girl of his dreams and love her post marriage. Krishna, who moves to Hyderabad for a job, meets an urban, trendy girl Shanvi (Chandini Chowdary). But Shanvi’s world is totally different to that of Krishna. Will Krishna be able to digest this? Will he transform her or would he be transformed?

Performances:
Kiran Abbavaram easily fits the bill as an adamant guy who has fixed thoughts and opinions. While he performs well in the role, he struggles in dance moves. Chandini is alright. The role demands more from Chandini. Goparaju Ramana does a neat job as a middle-class father as expected. Sapthagiri is just alright though he couldn’t give his best.Rest of the characters (especially the heroine’s family) are merely present.

Technicalities:
Newcomer director Gopinath chose an age-old point and weak conflict. He struggled with the pace and screenplay. Yet, he managed to deliver within limitations. Songs are a big letdown. A romantic film like Sammathame requires beautiful songs and well-picturised visuals which are clearly lagging. Editing could be better.

Analysis
Love stories are done to death. But what makes every film unique and different is the treatment and conflict. Debutante director Gopinath’s Sammathame starts on a decent note by establishing the circumstances of Krishna’s early life and why his goal is to marry a girl of his wishes. Krishna doesn’t know what love is. He saves his love for his wife who wants to love after the marriage. But Krishna changes his mind after Shanvi’s entry and changes his opinion on love. It is not effective. This is where viewers expect better reasoning. It is quite strange that Shanvi has fallen so easily for a guy like Krishna who has anger issues and restricts the girl’s freedom. Modern, progressive women may not like Krishna’s orders, opinions, passing judgements and obstructing freedom. This puts off women largely. The pub scene seems to be inspired from the recent incident in Hyderabad and tries to fit into the story, but it doesn’t fit well.

The film’s first half is done at blitzkrieg speed which is refreshing to an extent. However, post-interval, the movie just oscillates on the same point – differences between the lead pair. The story doesn’t move, testing the patience of viewers. The comedy too worked only in parts. The subtle humour gives relief from this predictable story. There are only a few good moments in the film. Largely, the film is dominated by unwanted drama. The melodrama, especially in the second-half, is unwanted. Songs didn’t work which is a drawback. None of the songs are beautiful to watch on screen. Background music is also not impactful.

Sapthagiri and his assistant episodes look forced, though it has some connection to the end. Krishna’s friend Gouri episode could have been better. The beggars comedy – taking cue from Puri Jagan’s Pokiri – too didn’t click well. The second-half is loaded with the predictable scenes and stretched out episodes. Only towards the climax, the film gives some relief as it finally deals with the story. It ends with a message as expected. The message is not new either. Sammathame just succumbs to the second-half syndrome after a so-so first half. Barring comedy in portions, the film has nothing appealing. It lacks freshness. It’s an old wine in a new bottle.