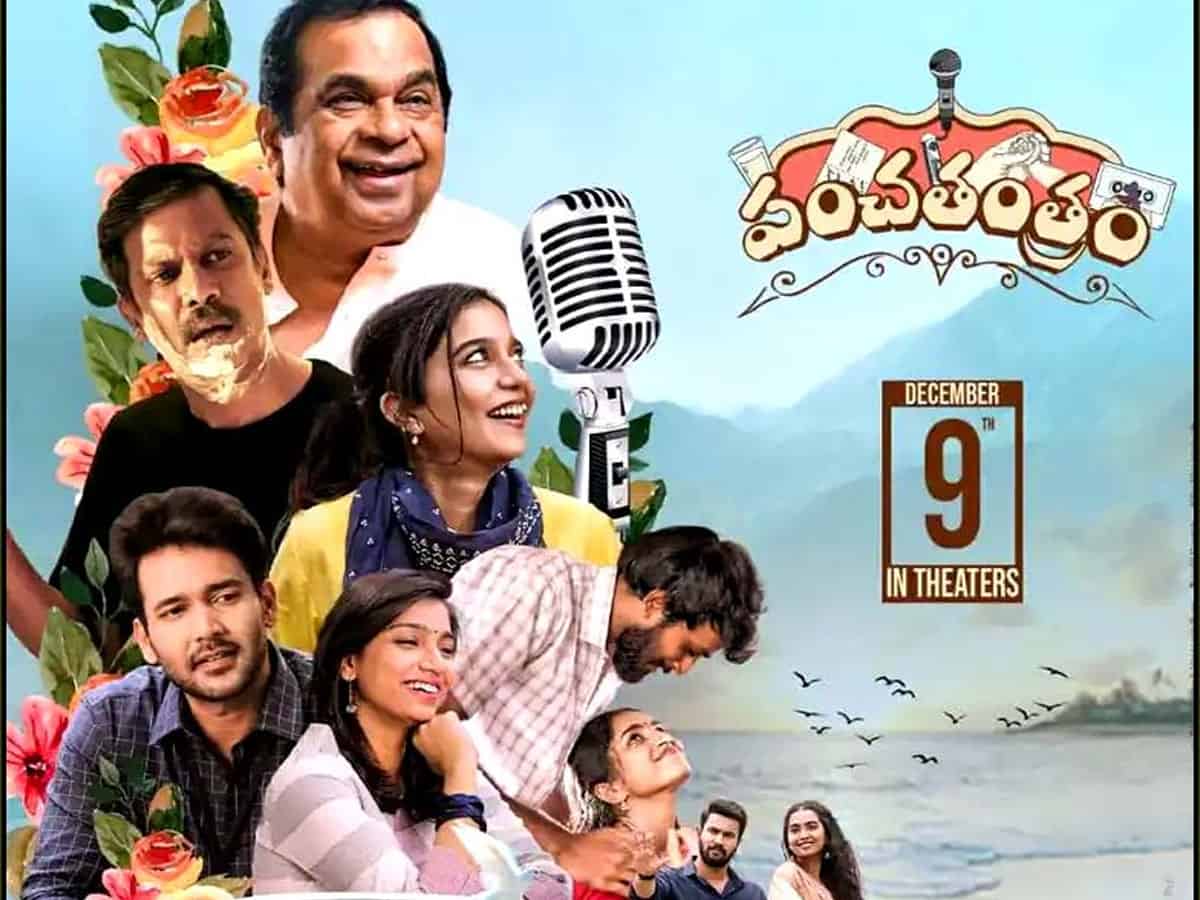 Anthologies gained momentum in Indian cinema over the last few years. In Telugu, we have seen quite a few anthologies like Vedam, Chandamama Kathalu and Gamanam. Now, we have a new anthology film in the store. Titled Panchatantram, this movie features various popular actors like Brahmanandam, Swathi Reddy, Rahul Vijay and Shivatmika Rajashekar. Here is our review of it.

Veda Vyas (Brahmanandam) is a retired All India Radio announcer. At the ga of 60, he gets bored with his post-retirement life. While he was trying to satisfy his creative urge, he comes across a stand-up storytelling competition. However, his daughter Roshini (Swathi Reddy) discourages him and passes comments. Still, Vyas enrols for the competition. He chooses five senses as his theme and narrates five stories, based on these senses. The stories he narrates and the life lessons he gives through those five stories form the soul of this movie.

Writer-director Harsha Pulipaka weaved the five stories with the five senses respectively in a neat manner. Though the stories have their own flaws, they will make your hearts warm for sure.

It is good to see Brahmanandam back on the big screen after a long time. This time, he has done a unique role and excelled in it. Even Swathi Reddy is coming after a hiatus and she delivered a notable performance too. Shivatmika and Rahul Vijay make an impression in their Gen Z story. Divya Sreepada once again delivers a praiseworthy performance. Samuthirakani does well in an emotional character.

The music composed by Shravan Bharadwaj and Prashanth R Vihari stands as a backbone to all these stories. They have done a great job. Cinematographer Raj K Nalli brought rich visuals onto the screen. Editor Garry BH did an apt job. The production values were decent.

Among the five stories, the stories about Taste (Rahul and Shivatmika), Touch (Divya Sreepada) and Hear (Swathi Reddy) is better compared to other two. The story about vision is a bit stereotypical and may not impress everyone. Samuthirakani’s story about smell could have been best if there were fewer dialogues.

Writing is a bit stereotypical