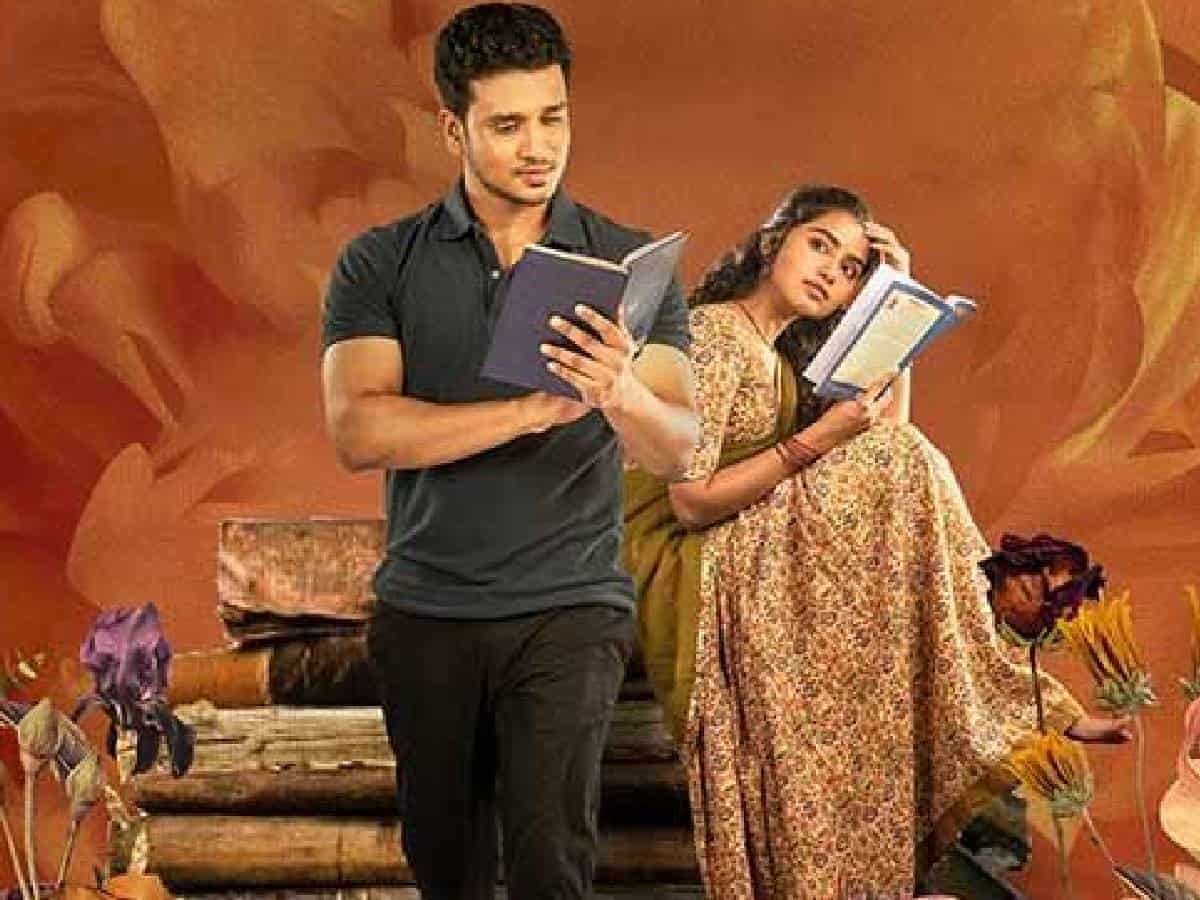 Nikhil Siddhartha scored national success with devotional thriller Karthikeya 2. He along with Anupama have come up with 18 Pages, the story by Sukumar and helmed by Kumari 21F director. In his decade-and-half old career, Nikhil opted for a complete love story. This raises curiosity on what made him so impressive about this film. Gopi Sundar’s music and Geetha Arts production make 18 Pages an interesting film to watch out for despite getting delayed for long. Has Nikhil and Anupama continued their success streak? Find out.

Siddhu (Nikhil Siddhartha), an app developer, is a jilted lover who comes across a random two-year-old dairy on the street that belongs to Nandini (Anupama Parameswaran). Siddhu learns interesting things about Nandini’s world and completely falls for her. Mystery begins to unravel as Siddhu tries to dig more about Nandini’s whereabouts. What happened to Nandini? Did Siddhu ever meet Nandini? This is what 18 pages is all about.

Performances
Nikhil yet again proves he has a knack over picking good stories. He keeps his reputation with 18 Pages. He shines as Siddhu. No doubt, it is the story of Nandita (Anupama Parameswaran), but Siddhu takes the centre stage and carries the film on his shoulders. Anupama is the perfect cast for Nandini. She scores in emotional scenes. Sarayu as Bhagi gets a notable side character as the hero’s friend. Dinesh Tej as doctor Sandeep has a role that helps in taking forward the film at crucial junctures. Posani Krishna Murali as a lawyer is alright. Ajay is the main villain in the film and he makes an impact notwithstanding the less screen presence. Goparaju Ramana as bus conductor Ramakrishna too has an important role too. The film has small characters with importance in the story which rarely happens. Kudos to writer Sukumar and director Pratap.

Technicalities
Master craftsman Sukumar unleashed his true potential as a writer with the story of 18 Pages. His writing strength is conspicuous. Kumari 21F fame Surya Pratap helmed it well. Gopi Sundar’s music is impressive. Couple of songs are good. Technically, 18 Pages doesn’t have any glaring mistakes. It has some pace issues and its climax drags. But they can be forgiven.

Thumbs Down
Back and Forth Narration
Draggy Climax

18 Pages seems to have some distant similarities to Ajith and Devayani’s Prema Lekha. Also, one can’t help but recall some old films of hero and heroine loving each other anonymously without meeting. This film belongs to the same legion. Albeit, 18 Pages is a different film owing to a hidden crime thriller perfectly blended into it. Sukumar’s writing is the strength of the film. The tension and suspense is built well. The film makes the audience engrossed and involved into the story totally. It is where the film scores. The lead pair played their parts well too. The emotional depth in the story has worked well too.

The screenplay of 18 pages is non-linear. It is the best way to narrate this story. However, this back-and-forth narration becomes so much that it puts us off at some portions since it disconnects the audience emotionally from the story of Nandini. The first of the film sets the interest on Nandini by revealing minute details one after the other. The second half is all about unraveling the mysteries and Nandini’s pending good deeds completed by Siddhu. It goes down a familiar path, but it never gets boring. The film’s tone and mood is intact throughout the film without any distractions. Nowhere, the film doesn’t deviate from its main story.

The film picks up the pace with the lead actor’s smart investigation into mystery. This delves audiences into the hidden crime angle. Though the climax portion drags and drags, it keeps the viewers hooked to screens till the last scene. This shows how one wants Siddhu and Nandini together. It caters to those who believe in love. Some dialogues are very well-written. Quotes on love also connecting. Gopi Sundar’s music and background score is impressive. The climax is a bit draggy. Overall, 18 Pages has its moments despite having pace issues. Yet, the film is a heart-touching love story with its soul in the right place. This love story of Siddhu and Nandini tug at the heartstrings. It is worth a watch.