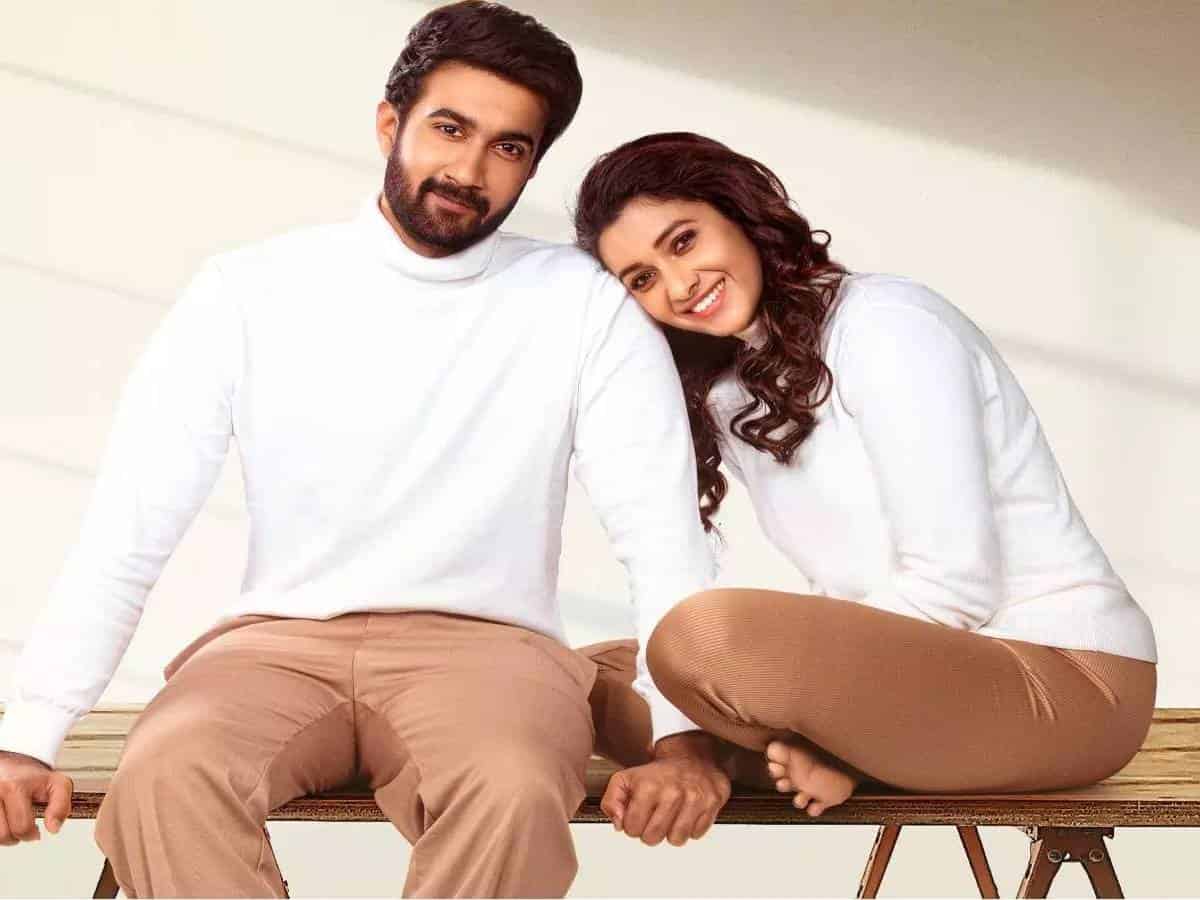 Santosh Shoban has been sincerely trying his best to score a success. However, due to his limited subjects and their releases, he is not able to make it big. After miserable failure of Like Share & Subscribe, Santosh is back with a youthful romance Kalyanam Kamaneeyam. This small film is facing tough competition from four biggies. Yet, the makers are confident enough to pull off during the Sankranti season. Will Santosh Shoban break the jinx?

Newlywed couple Shiva (Santosh Shoban) and Sruthi (Priya Bhavani)’s relationship leads into complications when Sruthi has a job and Shiva doesn’t. Shiva gets cheated in his attempt to find a job. This further complicates the duo’s relationship. Kalyanam Kamaneeyam is about how Shiva and Sruthi overcome their differences against the odds.

Santosh Shoban is apt for Shiva. He is a doting husband who loves his wife to the core. His eyes do the talking. Priya Bhavani gets an author-backed role Sruthi for her Telugu debut. Usually, heroines get sidelined in hero-driven commercial films which we have seen in other festive releases. But Priya as Sruthi got a role with substance. Satyam Rajesh’s role has negative shade. He has interest on Shruti and he screws up things. Kedar Shankar as Santosh’s father is impressive. The exchange of words between father and son worked here and there. Pavitra Lokesh as heroine’s mom gets an important role. Devi Prasad is usual as heroine’s father. Sapthagiri does it in his regular style. Saddam as hero’s friend is fine.

Debutante director Anil Kumar made a decent directorial. However, he chose a weak conflict and tried to hold the interest for long. Oh Manasa song is good. Karthik Ghattamaneni’s visuals are good. The film’s short run-time is an asset.

Kalyanam Kamaneeyam is a no-nonsense simple tale of husband and wife who get married and their relationship hits complications. While the wife has a job, husband doesn’t. The husband-wife movies like Majili, Mister Pellam had more substance and bigger conflict points. Whereas Kalyanam Kamaneeyam misses this. It has a wafer-thin point. Thus, it ends up as a pretty ordinary film.

Despite the fact that lead actors have performed well, the film goes on familiar path. The proceedings are easily predictable. One wonders what made Santosh opt for this typical family romance that has no twists and turns. The narration is flat as well. Though it has less run-time, the film has some boring moments especially in the latter-half.

There is honesty in the story. But the lack of novel story is the big letdown. On the whole, this film may be saved for when it is premiered on OTT or TV. It clearly misses the charm to pull audiences to cinemas this Sankranthi season given that there are big stars in the race.