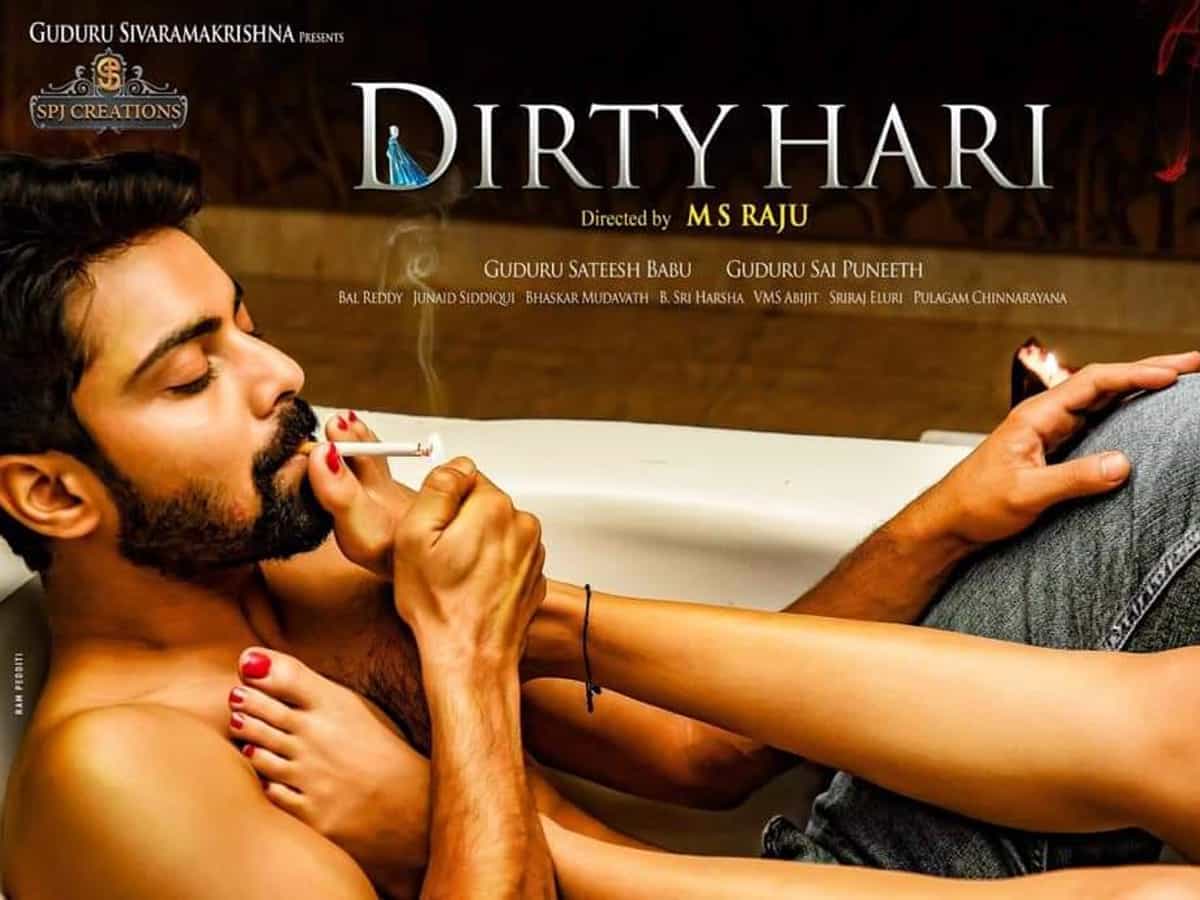 Hari (Shravan) is a charismatic young man who is good at chess. Vaidehi (Ruhani), a rich girl instantly falls in love and they get married in no time. Hari gets attracted to Jasmine (Simrat), an aspiring actress and soon they are into an illicit affair. Hari wants to save his marriage as he is the sole heir to so much wealth. But Jasmine insists Hari to divorce Vaidehi so that they could live together.

Shravan Reddy has an impressive demeanour that suits the Hari character and his performance also is impressive. Ruhani Sharma plays a one note character that is madly in love with her husband and her only goal is to become a mother. Simrat Kaur plays the seductress and she didn’t have qualms over skin show and doing bold scenes. Her performance is very ordinary, but she provided the necessary oomph factor to satisfy the target audience. Ajay appears only in a single scene but makes an impression.

Initial portions of Dirty Hari are far too convenient as Hari reaches his goal of becoming rich without putting much effort. However, his attraction towards another female puts him in a tangle. A lot of time is wasted on how Hari and Jasmine get attracted to each other and start an illicit affair. The director doesn’t bother to create any tension or give the story another dimension by involving Ruhani Sharma’s character in this triangle.

Ruhani’s character has been deliberately side lined for the sake of final twist, which is why Dirty Hari lost a great opportunity to be a captivating thriller. Also, Jasmine’s character that is shown as a woman with dreams is reduced into a mere pleasure mate behaves too stereotypical after she gets pregnant. Things get interesting when Ajay’s character is introduced, but it is restricted to one scene and the story soon reaches the endpoint in a hurry. Everything is concluded in a convenient way without proper justification to Hari’s deeds and Jasmine’s misfortunes.

Bottom Line: Not So Dirty!