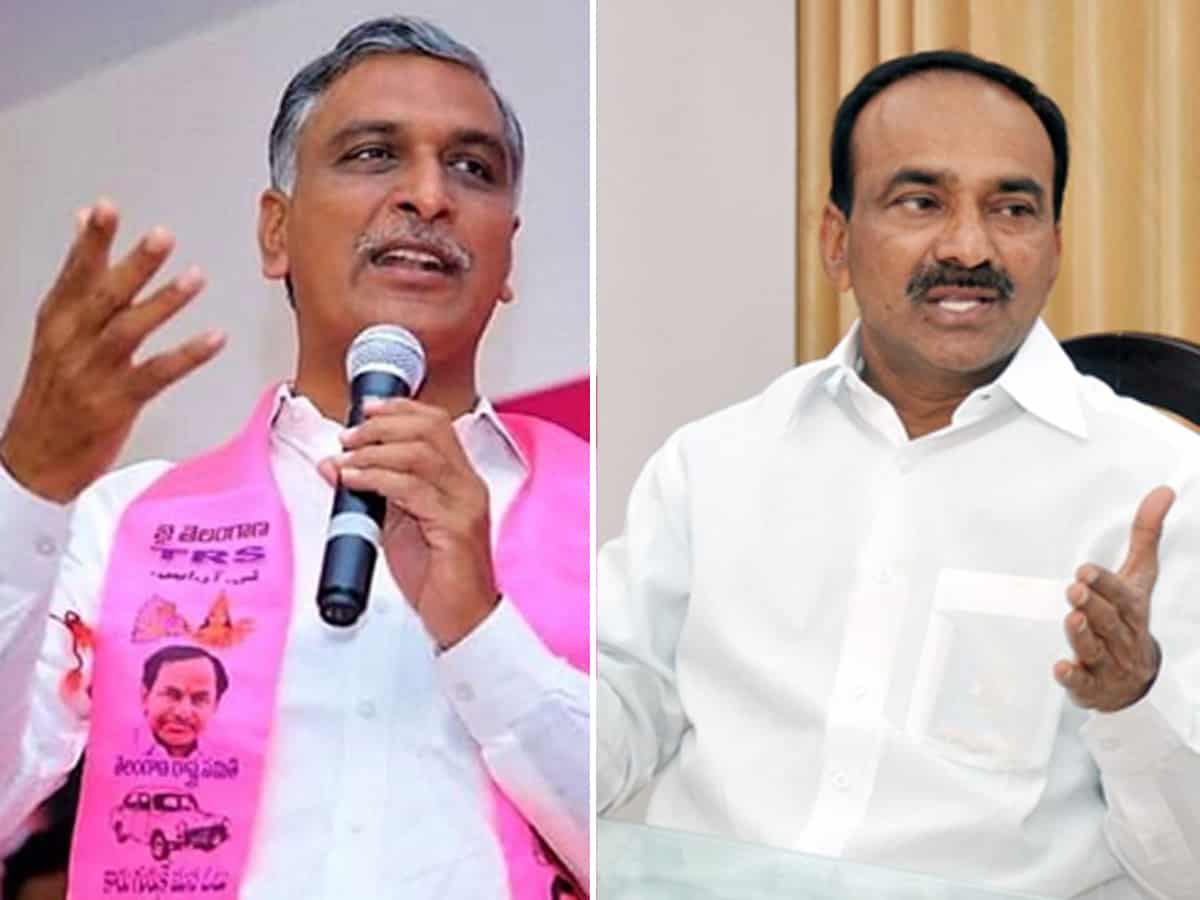 Finance minister T. Harish Rao lambasted former minister and BJP leader Etala Rajender for backstabbing the party which had helped him gain ground in politics and emerge as a senior politician. It is because of Etala’s selfishness that bypolls have been necessitated in Huzurabad, he said.

He was speaking in Jammikunta at a programme held to welcome several political leaders including DCCB chairman Pingali Ramesh and BJP leader Chukka Ranjith Kumar into the TRS fold.

Harish Rao said that the public has to exercise their franchise wisely by trying to understand what led to the bypolls in Huzurabad constituency, who would bring in development, which political leader should be supported, who should benefit from their votes.

He demanded that the price of LPG cylinder should be reduced to Rs 500 and petrol to Rs 50 a litre if the BJP leaders were really concerned about the public in Huzurabad. The BJP will find it tough to at least gain the security deposit in Huzurabad bypolls, he predicted.

The finance minister said that Etala was feeling insecure in the BJP as no party leaders were backing him. He is already being haunted by the fear of losing the polls and has begun blabbering for the same reason.

Chief minister K. Chandrasekhar Rao has been implementing several welfare programmes for the people in the state, he claimed and exuded confidence that they would repose faith in him. Development had been possible in Telangana due to KCR alone, he asserted.