‘KCR stayed back in Delhi to save KTR’ 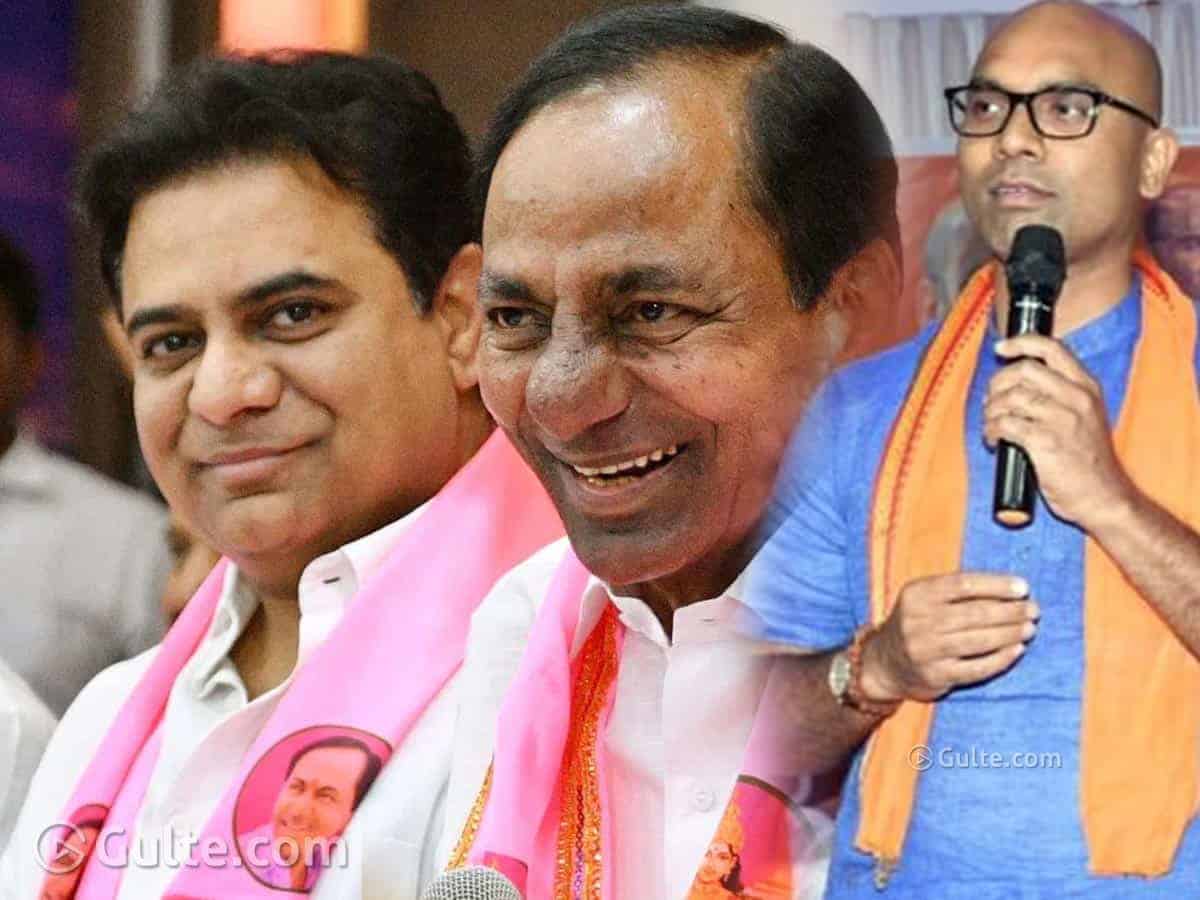 Telangana Chief Minister K. Chandrasekhar Rao’s Delhi tour continues to be a hot topic in the political circles. KCR stayed in Delhi for more than a week after the inauguration of the TRS party office in the national capital last week.

Several political leaders, including TPCC chief Revanth Reddy, criticised KCR for trying to forge an alliance with the BJP. The Congress leader made some scathing remarks like “Galli lo kusti… Delhi lo dosti.”

Rubbishing these rumours, Nizamabad BJP MP Dharmapuri Aravind made some sensational statement. He said that there was some other serious reason behind KCR’s Delhi stay.

The BJP leader said that the Enforcement Directorate had sent notices to minister K.T. Rama Rao and that was the reason KCR stayed for more than a couple of days in Delhi. He alleged that KCR’s Delhi tour was an attempt to prevent KTR from being imprisoned.

Aravind said that he had come to know about this shocking revelation from Union Minister Amit Shah’s reaction to KCR’s Delhi tour, while confirming his visit to Nirmal on September 17.

The MP also criticised TRS government’s Dalit Bandhu scheme specially being implemented in poll-bound Huzurabad constituency. Are Dalits living only in Huzurabad, he asked sarcastically. “KCR had sidelined senior politicians like Kadiyam Srihari and Rajaiah only because he could not see Dalits rising politically.”

Former minister and BJP leader Etala Rajender will win the Huzurabad bypolls, Aravind asserted and said that it was a waste for other political parties to spend crores on the same polls.

Reacting to strictures on his baldness, he mocked at KCR and KTR and questioned if they were handsome and good-looking.

He made some serious comments on Revanth Reddy too and termed him “Pottodu”. Pottodu who entered into the Congress is also criticizing me, he said.

Setting all the speculations aside, the reason why KCR had met Shah and stayed back in Delhi for more days than usual continues to puzzle political leaders in Telangana.