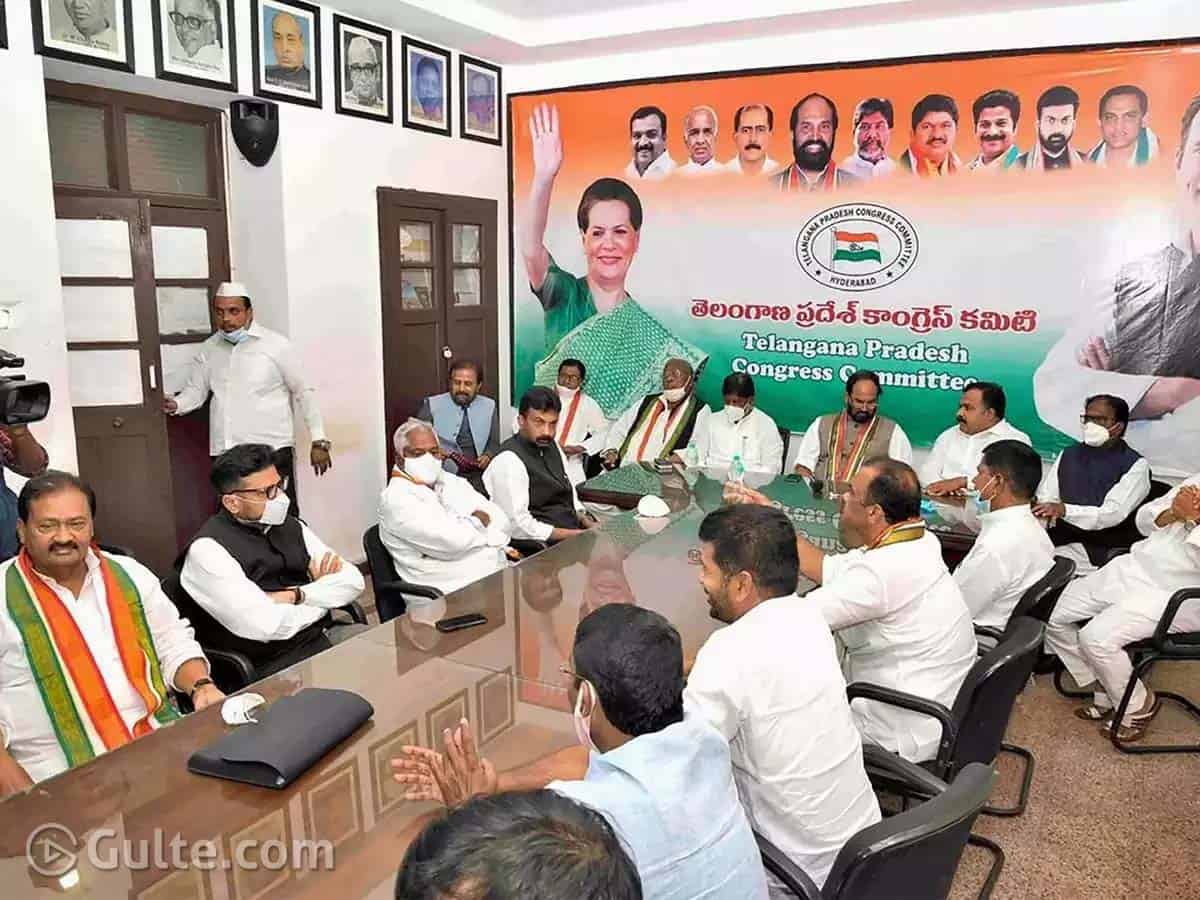 This morning the by-poll schedule for Huzurabad constituency has been announced by the Election Commission. BJP and TRS have announced their candidates long back and both Etala and Gellu Srinivas Yadav have campaigned a couple of times in the constituency.

Telangana Congress is yet to announce its candidate even though Konda Surekha’s name appeared in news channels many a times. But how long will T-Congress take time to decide their candidate and when would they announce?

T-PCC Election Committee chairman Damodara Rajanarasimha revealed a few details. He added that there are 19 aspirants who want to contest the Huzurabad by-poll and the party will decide the candidate in the next couple of days and announce it after September 30th.

“Along with CLP leader Bhatti Vikramarka, we shall submit a report to PCC and they will take the final call,” added Rajanarasimha.

Political observers believe that the main fight in this by-poll is between BJP and TRS. Nonetheless T-Congress wants to ensure a triangular fight and accordingly want to field a strong candidate. For the T-Congress Konda Surekha looks the only option given her experience and following.