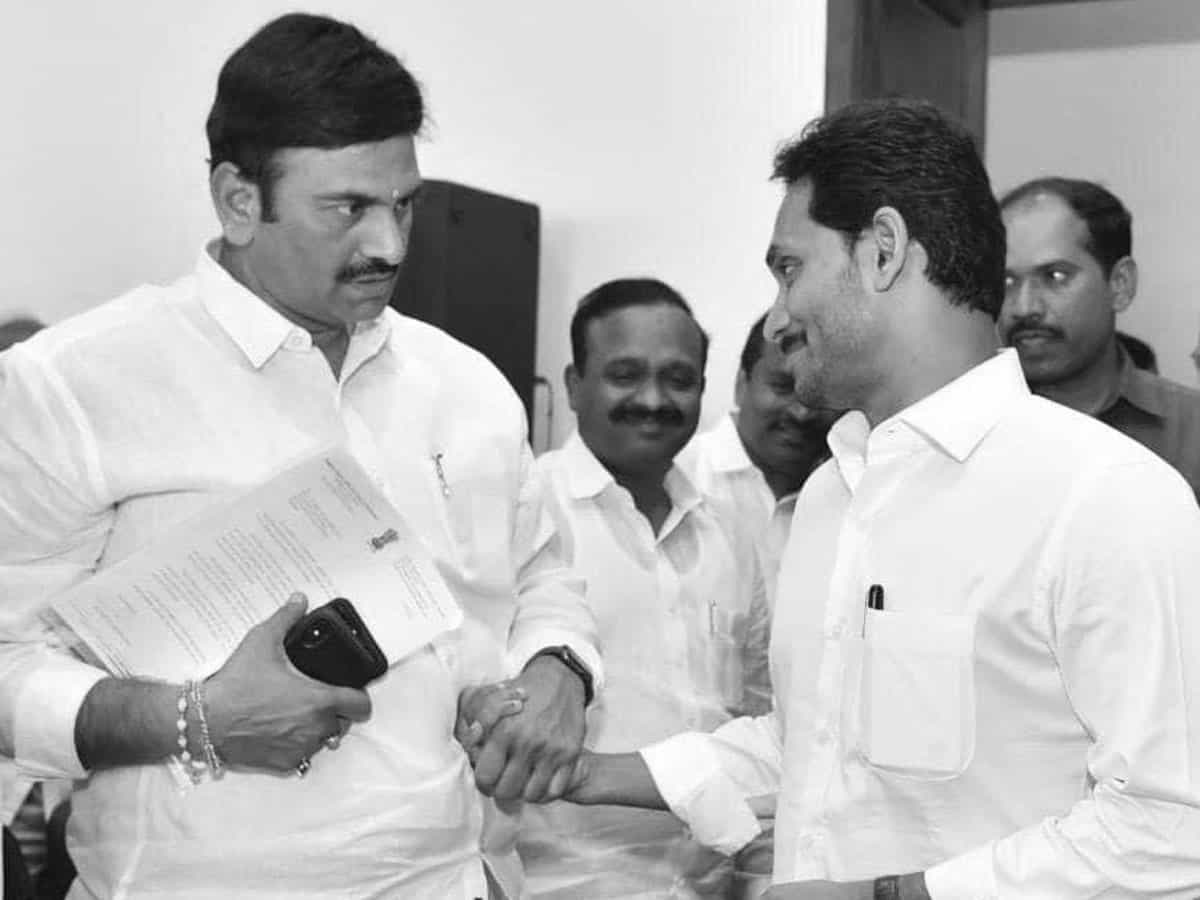 YCP rebel MP Raghu Ramakrishna Raju suggested that the contractors move the courts for their pending bills. Contractors associated with the government works are on a warpath seeking payment of bills. They staged a protest explaining their pathetic state.

He urged the government to revive the Comprehensive Financial Management System (CFMS) which works with “First in-First out” policy.

Even government employees had threatened to launch an agitation if Chief Minister did not keep up his promise of regularising contract workers and increasing pay for the outsourcing employees. He warned the YCP government of backlash from various quarters in the future, which could spell doom to the party. The MP informed that Andhra Pradesh had already taken debts of Rs 6 lakh crore and if the same situation continued, the state will face severe financial crisis. It is already in doldrums, he said.

The MP wondered how could the government pay salaries and provide amenities to the numerous advisors even while failing to clear the bills of contractors. What is the need for so many advisors for the government, he asked.

Touching upon Jagananna Paala Velluva, the MP informed that 12 panchayat secretaries in Guntur district were served showcause notices for not ensuring that farmers sold milk to Amul Milk Dairy, belonging to Gujarat. The panchayat secretaries were appointed as nodal officers of Amul project. What is the illegal connection between the YCP government and Gujarat-based dairy unit, he wondered.

RRR asked how can the government dictate terms to farmers about their choice regarding sale of milk. The farmers have every right to sell their milk to whomever they want. They will sell to such dairy units which would give them a good price.

Taking a broadside at the government’s plans to sell fish, mutton and chicken, he said that women belonging to fishermen community are asking us what should they do if the government starts selling fish.

At one point of time, Andhra Pradesh used to be an ideal state and Bihar, the worst governed. Now, the positions have reversed under the YCP rule, he lamented.