Eenadu Cartoonist Sridhar Settled Down With This 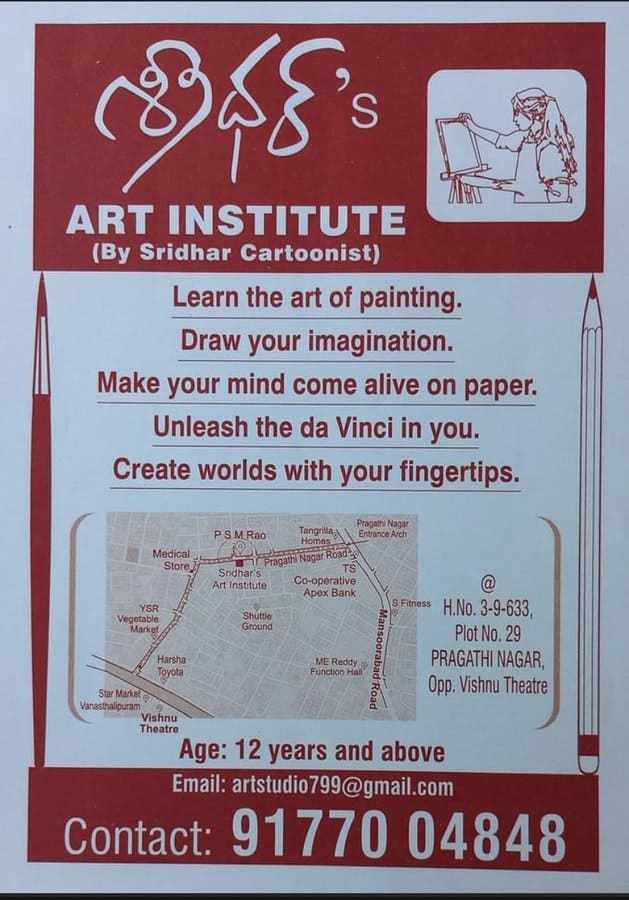 For nearly 40 years, almost every day we have the cartoons drawn by Sridhar giving unlimited political entertainment as we get to spread across the popular Eenadu daily newspaper. Back in August, he has resigned to Eenadu owing to the fact that he got operated on for bypass surgery for the second time and also suffered from Covid19 as well.

However, there are various rumours doing rounds that Sridhar is likely to join another major media house and some speculated that he’s coming up with a new political show where his own analysis will be the word. But then, there is no word from the legendary cartoonist about anything. But it has finally come out that Sridhar is setting up a drawing institute in Pragathi Nagar, Kukatpally, in order to share his legacy with enthusiasts.

Whether this will be a professional art institute or a place that teaches cartooning as a hobby is not known, but currently, it is being publicised that “Sridhar’s Art Institute” will teach cartooning to all the people who are above the age of 12 years. Definitely, it’s worth a shot to learn from a legend like Sridhar whose cartoons reflected the plight of the common man and never stopped at throwing satires even at the likes of NTR and Chandrababu whom did Eenadu patronised.

Meanwhile, such a legendary cartoonist retiring to a simple art institute sounds uneasy for his die-hard fans to digest, isn’t it?