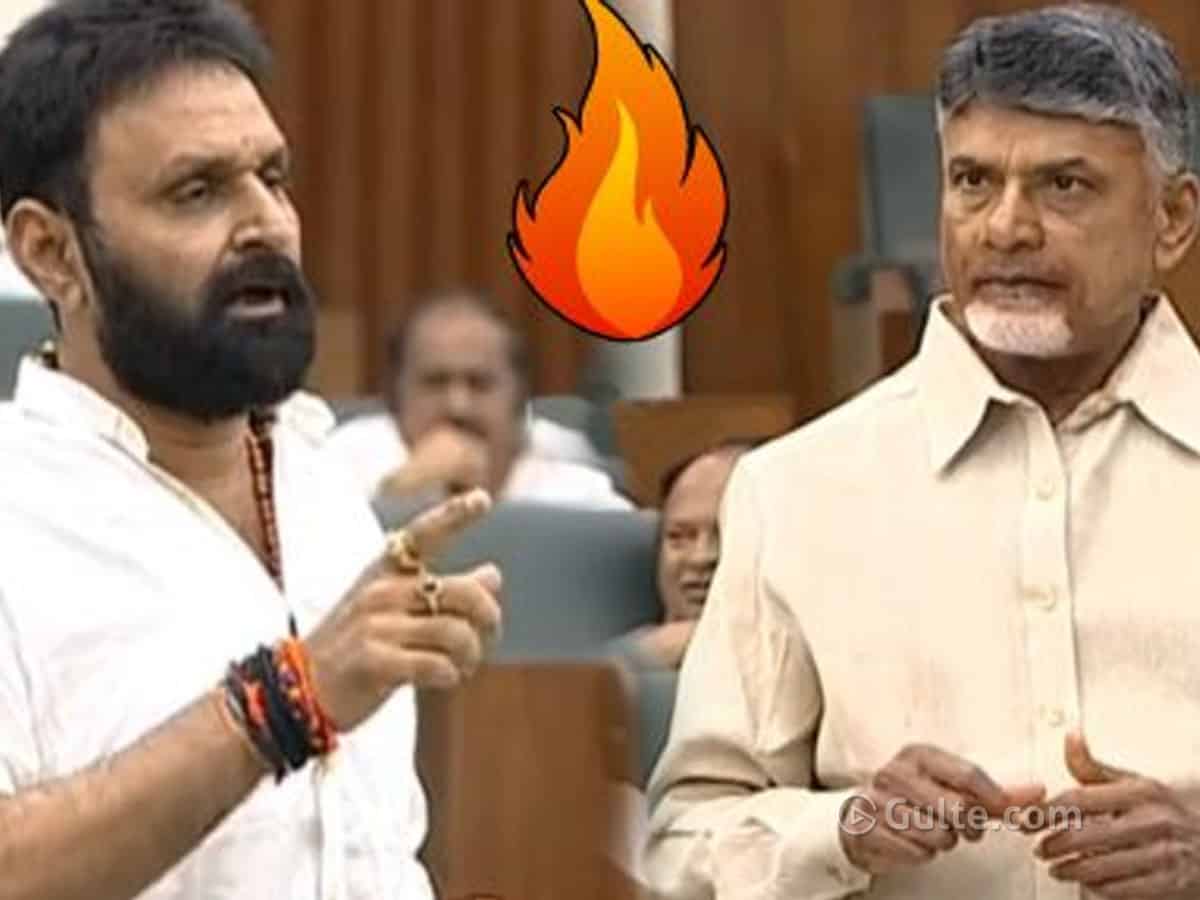 YCP minister Kodali Nani’s foul-mouthing against TDP chief Chandrababu Naidu and Nara Lokesh, always makes it to the headlines. The manner in which Kodali uses filthy language is disgusting and even in AP Assembly where a public representative needs to maintain dignity, Kodali’s rant is often witnessed.

On the second day of the Assembly sessions, TDP moved a couple of resolutions for debate but they were rejected by Speaker Tammineni Sitharam. Outraged by this the TDP staged a walkout and then the YCP criticised the opposition for running away from discussing on public issues.

Minister Kodali Nani intervened in this and targeted Chandrababu. “Our government is ready to discuss any topic. Shall we start from Chandrababu’s backstabbing?” questioned Nani.

That’s a strong counter from Chandrababu and probably this is for the first time that Chandrababu has gone personal on CM YS Jagan.