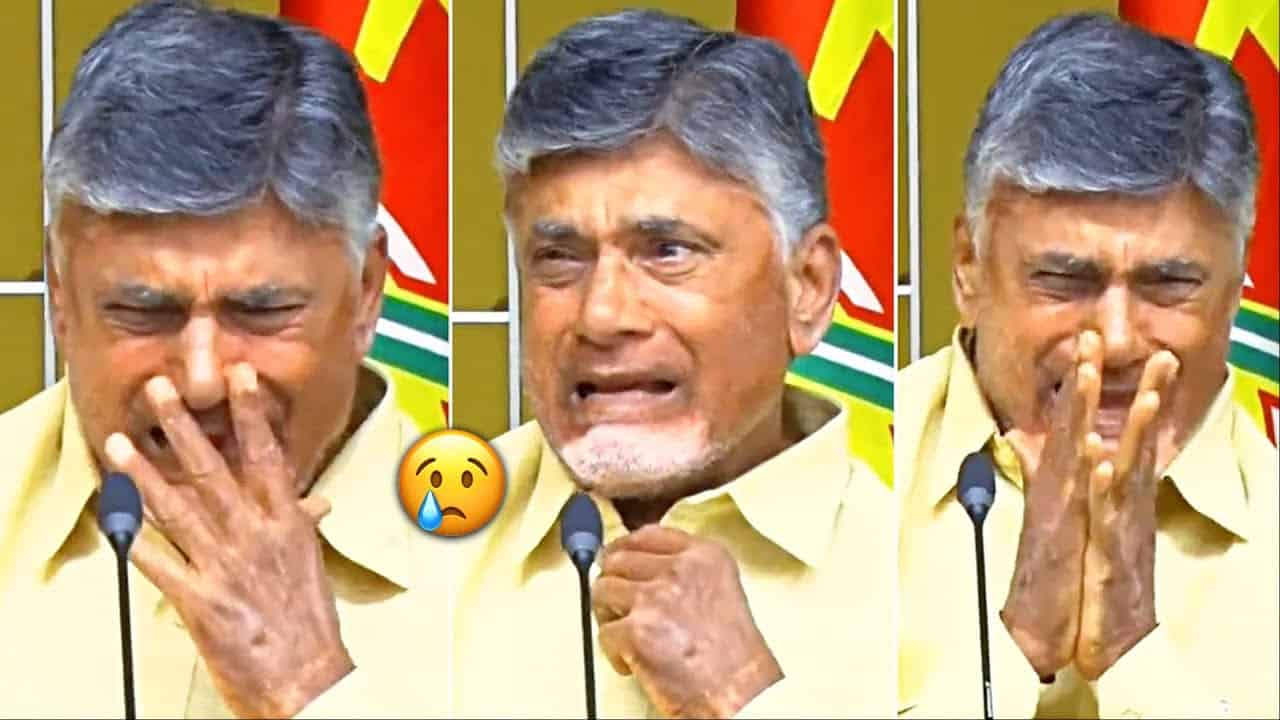 Seasoned politician and septuagenarian Nara Chandrababu Naidu has broken into tears while addressing a crucial press conference today. Naidu got very emotional and wept inconsolably in front of cameras. He tried to hide his face with both of his hands and also looked quite shaken.

He said he has decades of experience in politics but never was humiliated, insulted in such a manner. He alleged that YS Jaganmohan Redd-led government has been doing revenge politics since it came into power 2.5 years ago. He said opposition party leaders are being targeted.

Naidu said he is at a loss for words as he fails to describe the situation in which Andhra Pradesh state is. Chandrababu said his wife (Nara Bhuvaneswari) has never come into politics. While speaking about his wife and family, Chandrababu broke down. He said his wife Bhuvaneswaridon’t know the leaders of TDP totally. He added that she does offer only helping hand to any and supports him politically. Naidu cried and said the ruling party leaders are trying to assassinate her character which is not acceptable, unbearable at all.

Chandrababu said he was abused and humiliated severely for the last 2.5 years. He said now his family is being dragged and insulted. Naidu recalled his association with late AB Vajpayee, Abdul Kalam and other dignitaries. He said he always worked for people’s benefit. He recalled mythology and how Draupadi was insulted by Kauravas in the Assembly in front of Pandavas. Naidu quoted examples like demons in Ramayana and Bhasmasura. He said at the end, good wins over evil.