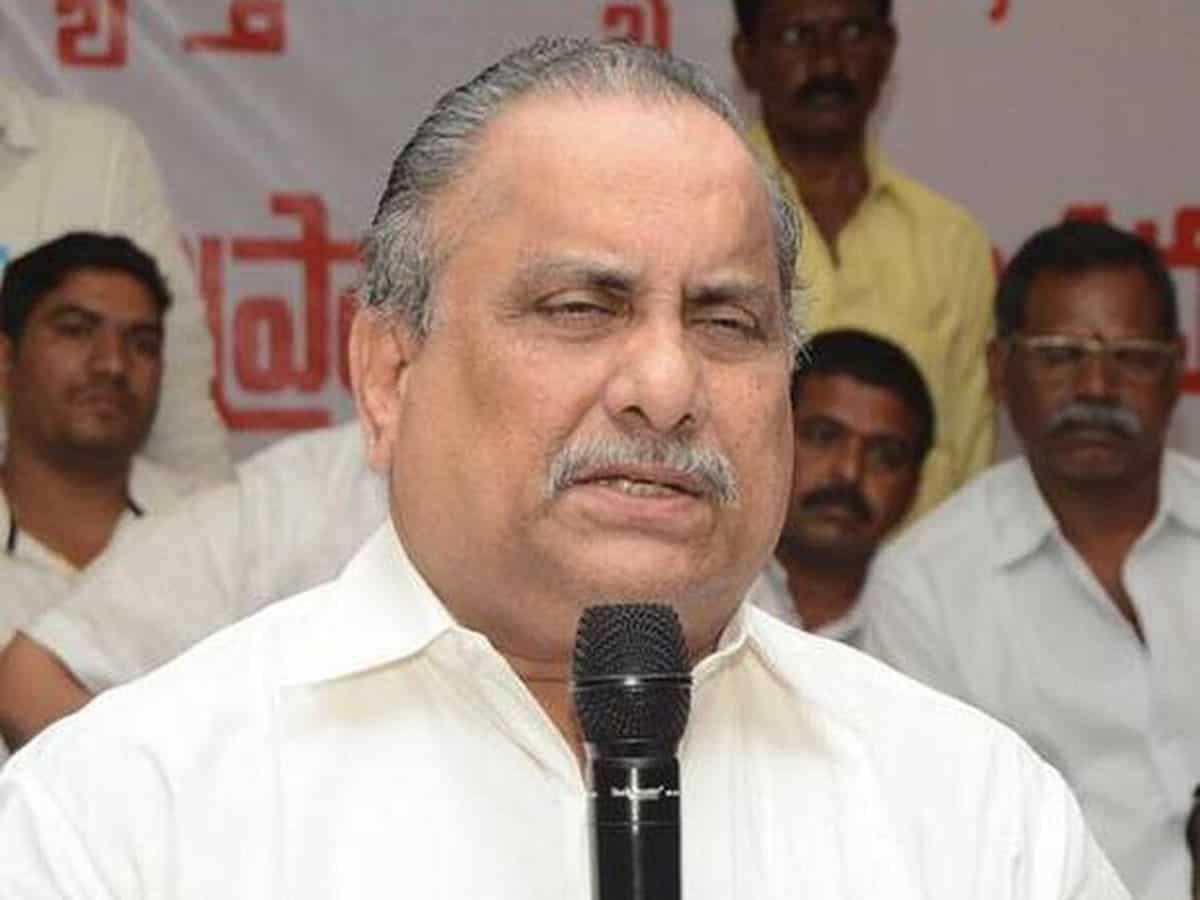 Last week, Kapu leader and former minister Mudragada Padmanabham wrote an open letter, highlighting the immediate need to unify the Kapu, BC and Dalit communities to fight back their oppressors. The letter was a part of Mudragada’s efforts to launch a new political party to revive the backward communities.

Earlier today, Mudragada penned yet another open letter in which he alleged that he has been subjected to non-stop humiliation and vicious abuse ever since he had written the open letter last week. “Social media lo nannu banda boothulu thidutunnaaru…ilanti post laki nenu bhayapadi paariponu…Banthila entha balamga kodithe anthe vegamga paiki lesthaanu. (Certain forces are trending deragatory posts against me using abusive language on social media. I don’t fear such people and run away from my mission. Like a ball struck firmly on the ground, I will rise with an equal force and grow stronger,” said the veteran leader.

Mudragada further said that it has become a habit for certain evil politicians who themselves are neck-deep into black mud to sling mud at those who are striving hard for the welfare of the oppressed communities and call them thieves and cheats.

In his open letter to the leaders and members of Dalit groups and other backward classes last week, Mudragada had called for their unity to snatch away power from the oppressors who have been ruling over them for decades. “It’s high time we stopped shouldering the palanquin of the upper caste oppressors and sit in palanquins ourselves,” he mentioned.